We seem to be seeing a continuing trend appearing this Winter, with whiting being the main catch along with thornback ray, dogfish and a smattering of codling.

A few years ago we would have seen the last of the thornback rays at the end of the Summer; they are now a mainstay for the whole year and never leaving the relatively shallow waters of the Thames Estuary.

The boats have had an up and down week with high winds interspersed with the odd day that they could put to sea. The charter boat Sophie Lea reported still plenty of rays to be caught along with a few codling. The Gloria B2 also reported good numbers of rays up to 16 per trip along with whiting and dogfish although bad weather has caused problems putting to sea.

The beaches have had a pretty good week with thornback ray, whiting and the odd codling to be caught. 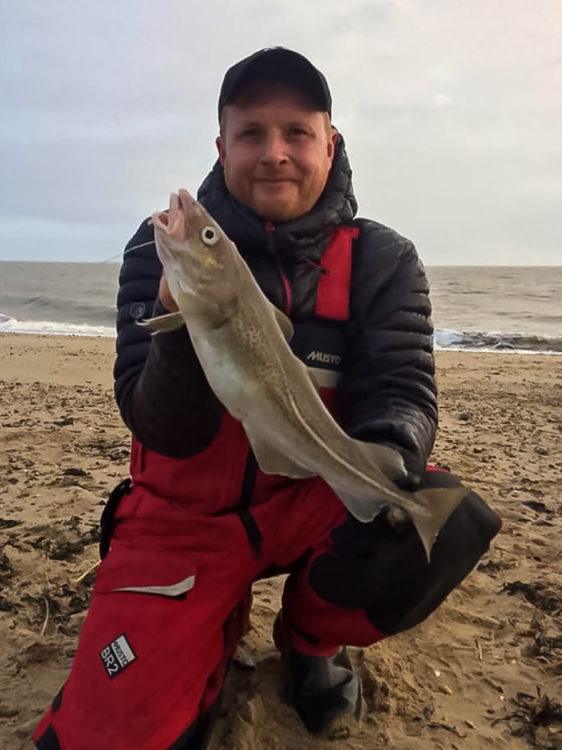 Matt Clark with a rare codling from the Holland beaches

The Holland beaches seem the place to be at the moment, with a good chance of a codling. Local anglers Marty Pearson and Matt Clark have both landed codling from these beaches. Lugworm tipped with squid seems to be the best bait.

Anglers fishing St Osyth beach are still struggling to get through the vast shoals of whiting to find something decent to catch.

Clacton Pier continues to see thornback ray being caught with the average size around the 5lb mark, although there is always a chance of a bigger fish. The Frinton and Walton beaches have been fairly quiet, but I think it is probably down to lack of anglers at these venues. Whiting and dogfish will be caught along with rays on the bigger tides.

Walton Pier is producing plenty of dabs from the top of the pier on calmer days along with rays, dogfish some big pouting and the odd codling.

Walton Sea Angling Club fished their evening club match here on a flood tide. They were greeted with high winds and driving rain, but that didn’t deter the anglers. Top angler on the night was Chris Mills who weighed in 11lb 15½oz which included the heaviest fish of the night a 1lb 10oz dogfish. A close second was Rob Tuck with 11lb 15oz and third placed Doug Sadler had 10lb 2oz. Whiting, dogfish and pouting were the main catch. 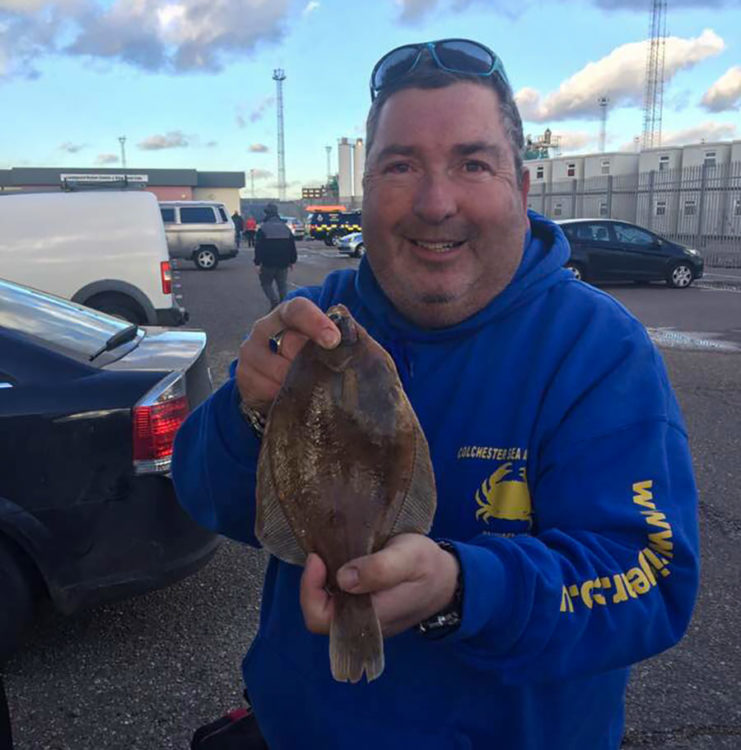 Colchester Sea Angling Club held their 12th and final club league river match at Felixstowe by the viewing tower. Eighteen anglers fished a flood tide and there were fish around although it was very patchy. First on the day, and new River Champion, was Mick Bradley with 6lb 5oz. Second place went to the in-form Nik Highfield with a bag of whiting for 4lb 6oz and Olly Yallop finished third with 3lb 9oz. 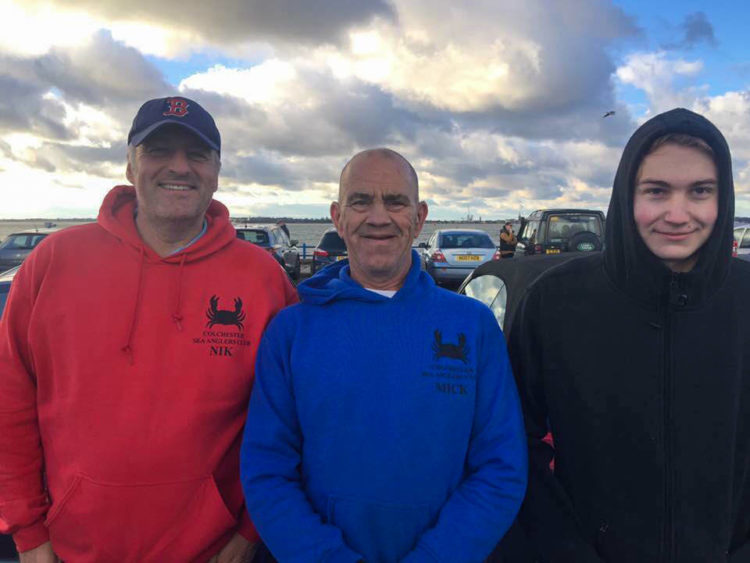 As a reminder, Walton Sea Angling Club will be holding their Annual Boxing Day Match on the pier, with fishing from 10.00-12.00. There is always a good turn out of anglers with plenty of juniors fishing too. There will also be a bumper raffle for everyone to enter.

I am now writing local features for the national angling magazine Sea Angler. Last month I was catching bass and soles on the Walton beaches. The Christmas issue is out now and I am putting the Holland beaches under the spot-light and attempting to catch one or two of those elusive codling.

The high tides for the weekend are Saturday 16.46pm and Sunday 17.45pm