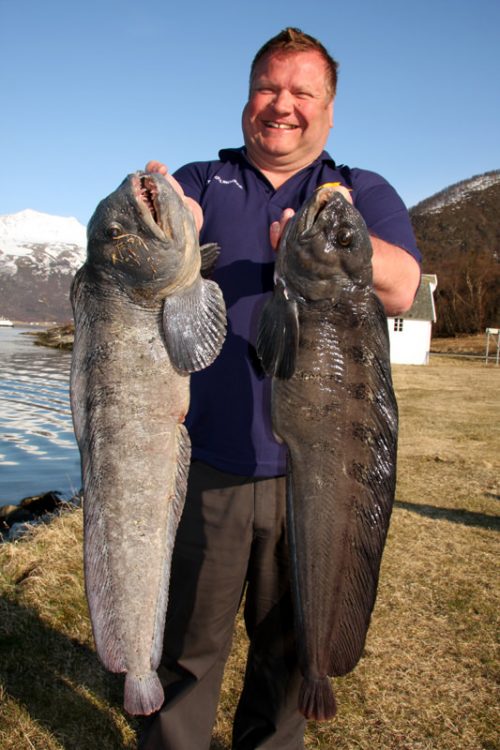 Ray Martin, the skipper of ‘Shady Lady 2’ and his team have won the Skippers Challenge held in the far north of Norway. The competition organized by Phil Dono from Tackle Box Holidays was fished fromfour brand new self drive Arvor 25’s based at the Andorja Adventures Camp, a specialist fishing venue set on the side of a fjord, surrounded by snow covered mountains.

Team captains were Ray, who fishes from Southend in the Thames estuary, Alan Skinner skipper of ‘Sarah JFK’ out of Newcastle and Dave Lumley from the ‘Famous’ based in Hartlepool. The fourth boat was a press boat skippered by BBC Radio Newcastle’s Sam Harris, with Jim Whippy of Boat Fishing Monthly, On-line TV’s Gareth Purnell and his cameraman John Dunford.

A brace of 14lb wolf fish for Steve ‘Gripper’ Collingridge and a string of double figure cod secured the victory and Ray’s crew who won a holiday at the venue for next year. The rest of his team were Lee wright and Nick Coster. If you want to sample the fishing in Norway at a very reasonable cost, contact Phil at Tackle Box Holidays on 0800 032 8855 or visitwww.tackleboxholidays.co.uk for more information.