A text to Billy Farquahar on Friday night to ask how the fishing had been resulted in a day out at sea yesterday. I joined a group of young lads from Invergordon and one of our local juniors aboard my favourite Scrabster charter boat, Silverline in search of a few cod. 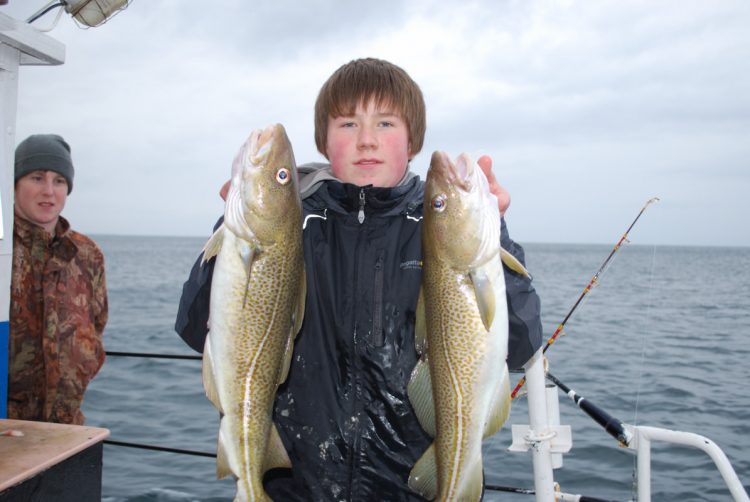 A strong south easterly wind meant that the best chance of shelter and reasonable fishing would be on the west side of Dunnet Head. Billy soon had the Silverline set up on a drift off Rough Head and from the off the lads found a steady stream of cod and pollack to 7lb.

Despite the youngsters being trout and pike anglers, only two of them had boat fished before, they coped brilliantly with the fast drift. Shop bought giant hokeye lures baited with frozen mackerel and sprats produced the cod together with a few small ling and a couple of lurid coloured cuckoo wrasse.

Fishing with the usual Scrabster uptide casting pirk gear produced strings of shoal pollack with the largest fish around the 6lb mark. A switch to shads produced and excellent average size of cod with fish hammering into Norway sized lures, hopped close to the seabed, with abandon.

One of the highlights of the day occurred shortly after one of the crew was smashed in mid-water; a porbeagle estimated at around 200lb breached the surface 3 metres from the side of the boat.

A great day out in trying conditions.