In all the years I have been sea angling and writing about fishing I am always astounded with some of the catches from our part of the East coast, this week has topped all of those.

The thornback ray that I report about every week have really invaded the beaches and piers, with Neil Cocks fishing a beach match catching no less than 12 rays which has to be a match record for our beaches.

Let’s start off with the boats this week; the cold snap has seen those early smoothhound packs move back out into deeper water again. This wont last long as the long-range weather forecast is set fair and these hard fighters will be back very soon.

The Gloria B2 out of Brightlingsea has been amongst the thornbacks and two local anglers Dan Winter and Andy Westrope had a great trip landing rays to 7.5lbs and plenty of dogfish.

The charter boat Sophie Lee has also had a bumper week with Roger Chase landing the biggest ray weighing in at 15lbs. 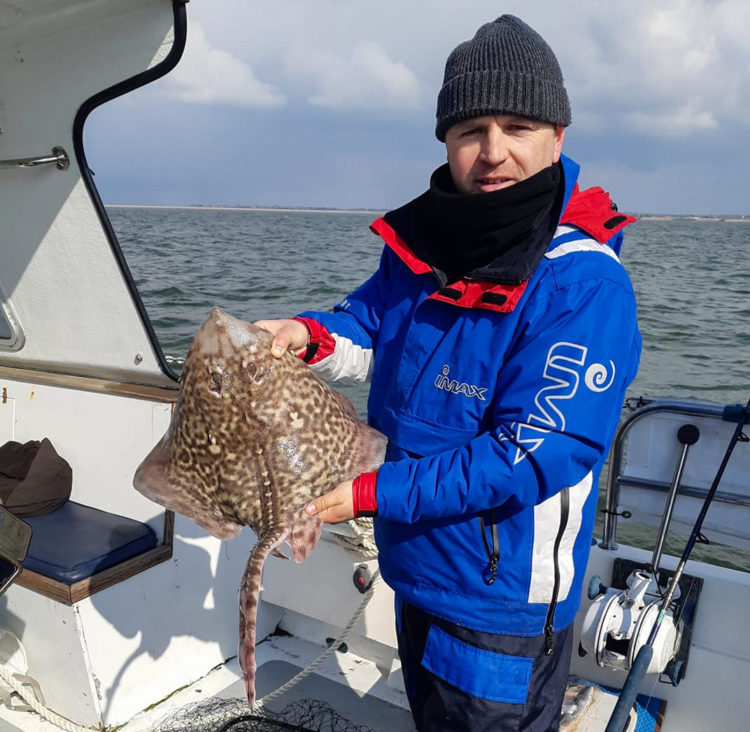 Fifteen anglers fished in breezy and chilly conditions, but that did not stop the thornback rays from feeding. Neil Cocks was top rod on the night with a record breaking 12 thornback ray haul for 59lb caught fishing with one rod! Second place went to Craig Buy with a very credible 31lb 1oz, Craig’s catch included rays, dogfish and whiting, third Lawrence Chisnall 25lb 4oz, 5 rays.

In total 25 thornback rays were caught which is a record for any match held in recent times, plus whiting, pouting and dogfish.

The Holland on Sea beaches have in general been fishing very well with dogfish and rays, school bass are starting to show but are still on the slow side.

The Clacton Sea Anglers Evening League headed for beaches to the lifeboat side of Clacton Pier. Unfortunately these shallow beaches didn’t produce the fish on the night, with weights on the low side.

St Osyth beach has also come into its own, no need for the long walk up to the Nature Reserve boundary as the there are plenty of thornback ray to be caught from the car park area by the rocky breakwaters.

The Frinton beaches are once again producing rays, especially around the Golf Course area, school bass and flounders are also being caught.

The Walton Pier Club fished their weekend match on the mid-section on Walton Pier. Conditions were windy with light rain falling, over 190 fish were weighed in by 20 anglers.

My trip this week was also to Walton Pier; the weather was very much on the chilly side and there were plenty of big whiting feeding along with dogfish and thornback rays. Most of my fish were caught on ragworm tipped with squid although the oily baits such as bluey landed more thornback rays.

Variety Of Species On The Fylde Coast