Pier member Allan Cordwell fished a session after midday in a cold easterly wind and bright sunshine after picking up fresh bait from Jordan Russell. Allan stet up on the sheltered right hand corner of the pier and threw out a two hook 1/0 scratching rig on a light spinning rod loaded with braid as he made up his big fish baits.

The outing started out with plenty of small plaice, a few dabs and a couple of flounder. Heavy crab activity followed with all baits being mauled and little activity until the ebb commenced. There were plenty of bites on the worm baits as the ebb picked up but mainly small flatties and whiting.

Mid ebb produced a couple of solid bites resulting in two nice plaice with the largest going to 37cm. The squid and fish wraps on a 3/0-4/0 sliding pennel remained untouched until dark whereupon dog fish emerged in force, albeit, some were of a good size.

The late ebb saw a solid pull down on the fish bait and Allan connected into a good sized fish that he was convinced was a ray. Unfortunately, the fish was lost on the way in. A quick hook check and re-bait and the rig was cast to the far side of the channel. 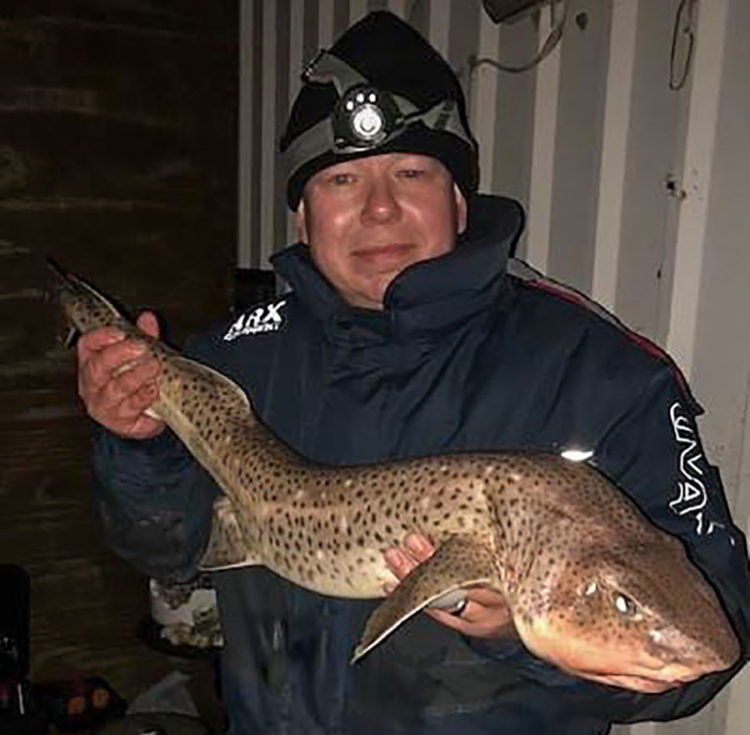 Allan with his bull huss

Ten minutes later and the rod was lifted off the ground, pulled round and he connected into another good fish. Allan played it to the base of the pier and in the torch beam a big huss was rolling on the surface. It made a bolt for the structure and, under pressure, sadly managed to shake the hook hold. After the loss of two good fish Allan was ready for home.

With only one wrap left in the bucket, he decided to have the customary last cast and was stunned when less than a couple of minutes on the bottom, the rod knocked and arched over.

This time, steady pressure and a good hook hold resulted in landing a new personal best bull huss of 11½lb. Steve Lavelle provided welcome assistance with netting and photographing the beast. Overall, a very good session but took an awful lot of effort in terms of rig, hook and snood length changes to keep hitting the bites. 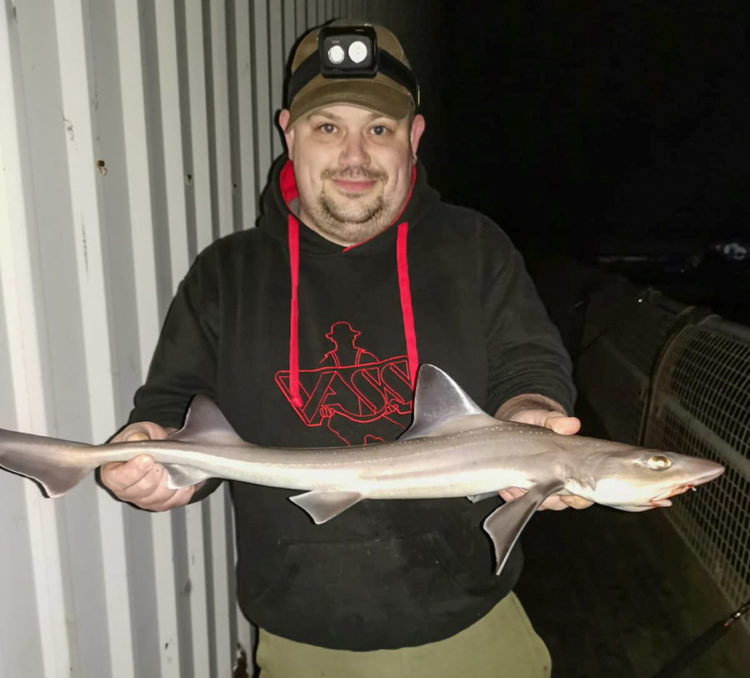 Fleetwood and District Angling Club fished their latest match at Stanah. The anglers started in the shelter of the car park where it was like a summer’s day in the sunshine. A completely different season when they arrived at the river bank, it was Baltic.

The fishing was better than expected this early in the season and the flounder were of a good average size. Not surprisingly crab was the best bait.