The latest Skegness Pier Angling Club (SPAC) match was held on Sunday 14th April from 12 till 4pm on the beach in front of Lakeside Leisure, Trunch Lane. Despite the match clashing with the second day of a big open on the Norfolk coast, we had an excellent turnout of 15 anglers.

Conditions were far from ideal, with a strong easterly wind blowing straight into the anglers’ faces. The sea was very rough too, with large waves breaking way beyond the reach of all but the best casters and expectations were not high. But although catches were well down compared to recent matches, enough fish were feeding in the rough conditions to make the result interesting, rather than just a lottery of the odd fish.

My initial thoughts that the match would favour the long casters soon proved to be the case, with top Grimsby match angler Adie Cooper pulling in a first cast flounder and dab double shot. Adie was using his Zziplex M4 GT and Penn mag to full effect, casting brilliantly into the strong headwind and putting his baits into calmer waters beyond the breaking waves. 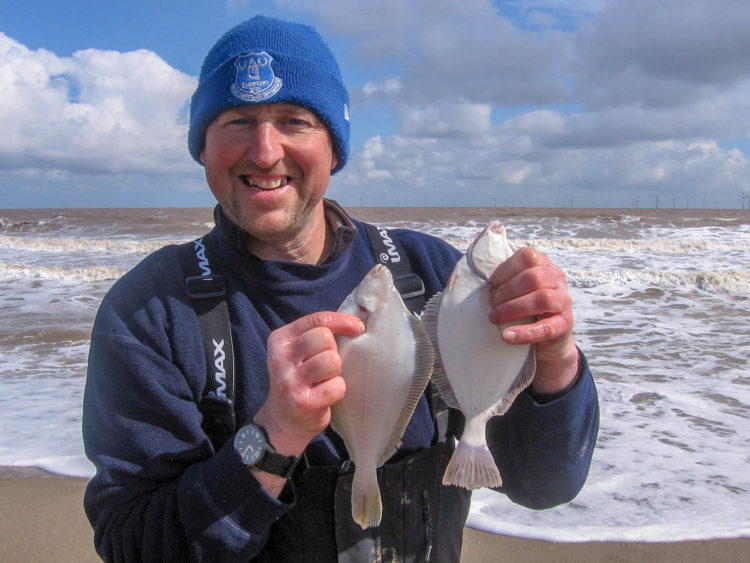 Further along to the north, previous England youth international Tom Marshall was also casting well, but using a continental rod and mangle. Not far into the match, Tom pulled in a cracking 35cm flounder and the match looked like turning into a two horse race between him and Adie.

But sadly, after the initial short flurry of fish, the match turned into a proper grueller, although Dan Jackson managed to extract a 36cm flounder at distance and Russ Taylor had a nice one of 34cm. Russ also had a massive slack line bite which laid his line on the beach, but unfortunately he managed to miss it completely! 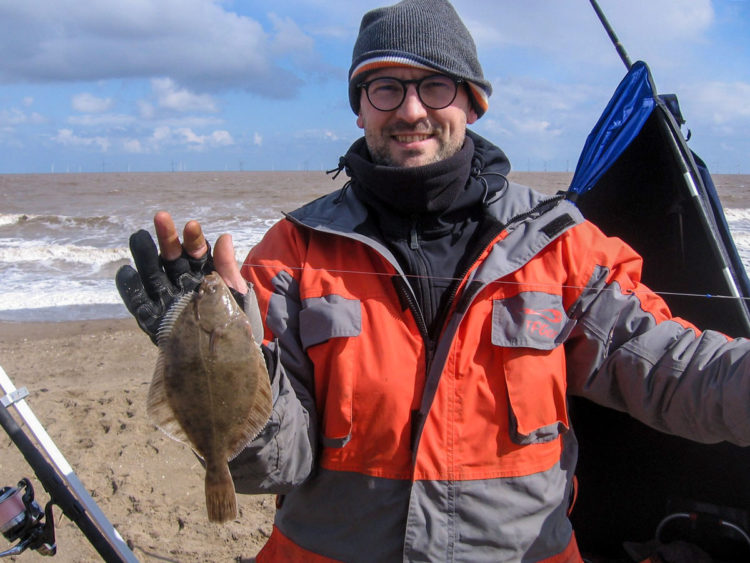 Second placed Tom Marshall with the smaller of his two flounders

At the final whistle, Adie had added another dab and flounder to his tally, winning the Hewison Cup with just four fish measuring 107cm in total. Tom Marshall also managed to catch a couple more flats at distance, taking second place with three fish for 88cm. Dan Jackson filled the final podium spot, coming in third with three fish for 78cm. Dan also took the longest flatfish prize with his 36cm flounder. Grimsby ace Garry Hutson has already won three SPAC matches this year, but had to settle for fourth place on this occasion. But he was in the money again, winning the longest round fish prize with a 28cm whiting.

So after seven great SPAC matches so far this year, match number eight was a bit of a let down; but I’m sure if weather conditions had been better, there would have been plenty of fish. In total there were 22 fish caught, consisting of eight dabs, nine flounders, four whiting and a small turbot, the vast majority of which were returned to the sea alive. 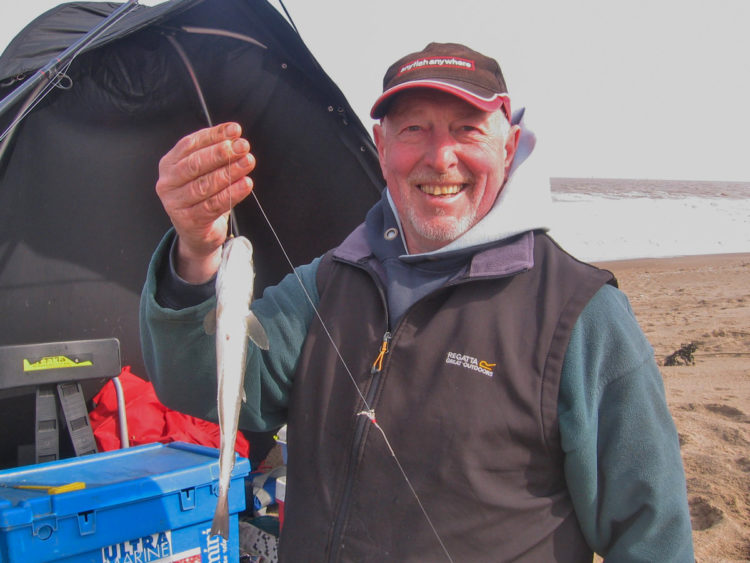 Fourth placed Garry Hutson with the longest round fish

The next SPAC match will be held on Sunday 28th April from 12 till 4pm at Chapel Six Marsh, with SPAC members competing for the Frank Parkins Shield, but the match is open to all to fish. Please pass on details to those not on FB and contact me for further information.