The temperature has dropped a degree or two this week and it is feeling more like autumn. A few more codling reported this week from boats and shore although they are proving to be very small and not what we have been used to in recent years when double figure cod were reported from our coastline every week.

The charter boat Sophie Lea reported on the two day Police National finals and with 20 plus boats competing it is one of the largest boat competitions held on the east coast. 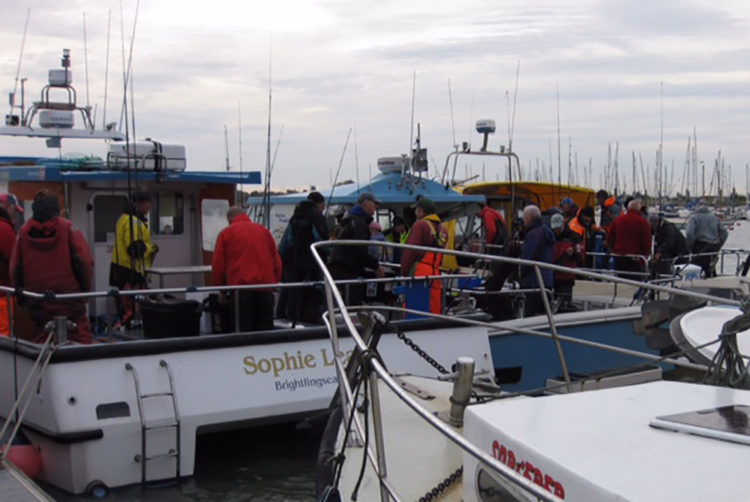 Boats from Bradwell and Brightlingsea, the River Crouch, Mersea and Southend took part and they had to endure 30 mph blustery winds for both days but luckily they were able to stay in the lee of the Thames estuary shore in calmer waters.

Top boat for the weekend was the Sophie Lea with the first and second anglers on board; plenty of good fishing was had with thornback rays, whiting, dabs, bass and dogfish caught. A big thank you to Ian Hinchcliff who organised the event.

Cod from the boats are still at a premium but there are still plenty of other fish to be caught.

Anglers fishing from the shore have had a bit of a lean week with daytime tides producing very little other than a few dabs and whiting. I had a trip to the Holland on Sea beaches for a daytime session for rays and all I caught was a single dab and some crabs!

Colchester Sea Angling Club fished round five of their six match Colchester Bait and Tackle league on the Holland beaches, and 15 anglers fished an evening flood tide. Plenty of fish were caught, although mainly whiting, there were pouting, dogfish, flounders and the odd codling.

After dark seems to be the time to fish at the moment. Colchester angler Chris Taylor headed for the St Osyth beaches to fish a flood tide after darkness. He landed three thornback ray and some good sized whiting. 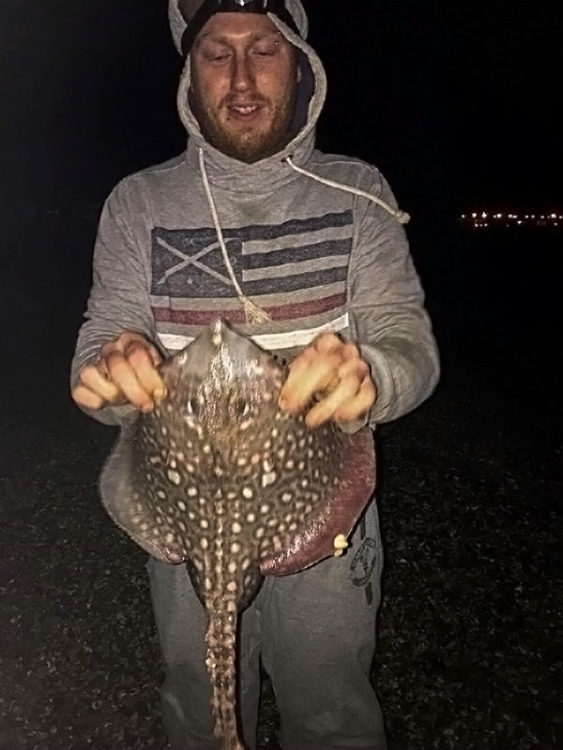 Chris Taylor with one of his catch of rays

The Frinton beaches have also been quiet with just a few dabs and whiting to report.

Walton Pier has seen the arrival of a few codling but these really are on the small side. Still thornback ray from the head of the pier. Local angler Paul Packman landed three here after dark. A few bass to be caught plus dogfish and plenty of whiting.

The Walton Pier club quickly rescheduled their beach match to Walton Pier because of bad weather caused by storm Brian. It was a secret Triples Match where the aggregate weights of the three drawn members count towards the end result. Top spot went to Glen Parker, Barry Adair and Peter Harris with a combined weight of 9lb 6oz. The runners-up were Dean Parker, Jim Fennel and Dan Winter with 8lb 7oz.

The clocks change this weekend so this will be reflected in the tide times.