Plenty of fish showing along the Fylde coast at the moment with dogfish, whiting, dabs, sole, rays and codling from the Rossall Point area.

Last Sunday Fleetwood and District Angling Club held their Blind Pairs match at Cleveleys. The idea is you don’t know who your partner is until after the match when the names are drawn.

A total of eleven teams fished the event. With the wind dying off as the match progressed the fishing was steady. Mostly whiting, a few dogs, three thornbacks and a pout.

Winners on the night were the team of Craig Thompson and Hughie Porter with a total of 215 points wining £45 each. Second place went to Mark Hindle and Kevin Blundell who had 151 points.

Craig was so far in front of anyone else that there was only one combination of anglers who could beat him, even if he drew a partner who blanked. He scored 12 including two rays and three dogs.

Mark Hindle had the best thornback ray of the evening, going on five pounds. Top bait was worm and sandeel.

Next week is a flat and round match on the Gynn Wall and the Winter League fees are due. 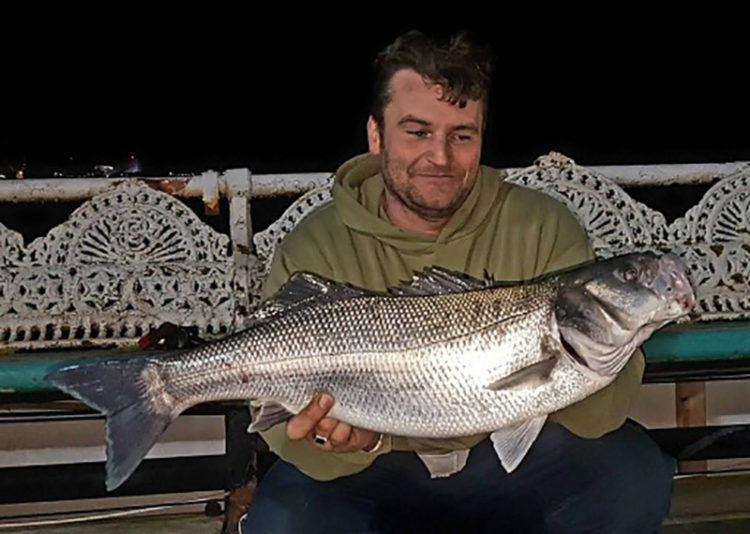 Dave with his excellent bass

Rick Pennington had a night on the beach at Cleveleys with Andy O’Hara, looking for the codling again . Andy scored first cast with a 45 cm codling followed by a good mixed bag of whiting, dab, plaice, hound pup and a rockling. Rick managed eight whiting with all fish falling to ragworm and black lug. 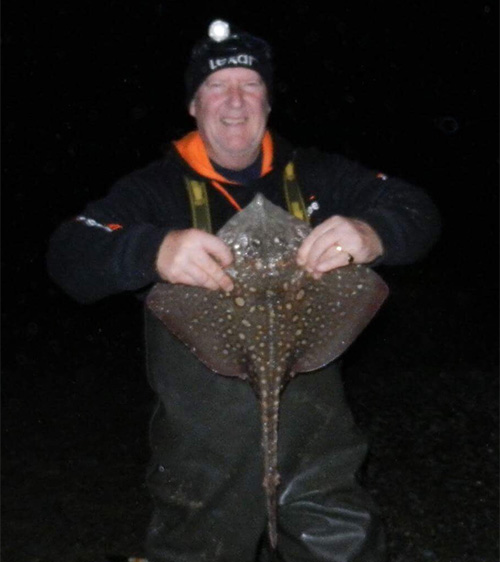 Hugh and his ray