There have been a lot of smaller cod around lately with all of the shore marks along the north east shoreline seeing a lot of cod around the ¾lb to 2½lb mark showing on most tides, as long as there is a bit of movement on the sea. There are also a lot of small, under size, fish around six inches long among them. Whiting, dabs, and flounders are present in reasonable numbers and some anglers have managed double figure mixed bags when the sea has settled down. All of the Hartlepool piers, the beach marks up to Seaham, and all marks northwards to the Tyne have been productive on at least some tides with a night time session generally producing the better results. Big tides later this week should see even better results as long as conditions are suitable and there is still plenty of time for a big double figure cod to be landed.

There were plenty of these smaller cod at Seaham where the Kirton Cup match saw 16 out of the 89 anglers land 49 cod for a total of 87.45lb fishing in a big Northerly swell. Gary Pye fished the productive Blast Ledge to take six cod totalling 10.74lb. Glen Appleby had five for 10.29lb from Ryhope, and Ian Ainsley had five weighing 10.12oz, including the heaviest fish of 4.70lb, from Noses Point. A Cleadon match also produced a lot of smaller fish from over a wide area with all of the piers and popular rock edge marks being productive on the night. J. Brennan had three for 6lb 2oz from Frenchman’s Bay, D .Browne had four for 5lb from Roker, and Steve Taarland had two for 4lb 1oz from Frenchman’s Bay. D. Hall had the heaviest fish at 4lb. 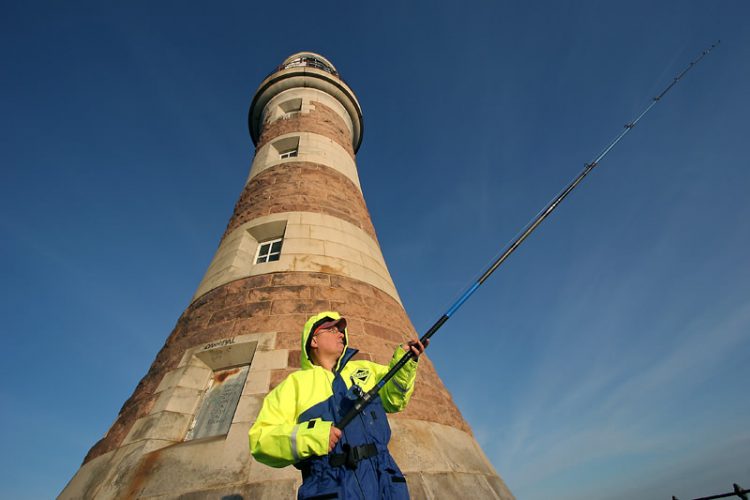 The Ryhope Tuesday night heaviest fish sweepstake saw most of the cod taken from Roker pier. Ritchie Carr had the best at 3lb 14oz; Jason Brown fished Marsden and had a cod of 3lb 3oz, the best of a five cod bag. Dave Stokoe was on Roker for a cod of 2lb 1oz as was Barrie Stowells with a cod of 2lb.

The Seaham Badger heaviest fish open on Friday fished in calm conditions saw eight out of the 16 weigh in 17 fish for 30.2oz. Jason Brown had the heaviest fish with a cod of 2.75lb and also the heaviest bag with four for 5.98lb. John Charlton had a cod of 2.24lb, and Gary Blanchard one of 2.11oz.

There have been some nice, double figure cod and big mixed bags taken in the lower Tyne and from S. Shields pier since early last week. Best cod reported was taken by Michael Stead who landed one of 10lb 3oz in the lower Tyne, he then went on to land the heaviest fish of 4lb 3oz in a Tynemouth retired members match later in the day which was won by Trevor Straker with seven cod and one flounder for a total of 12lb 11oz. Ken Robinson had a 13 fish mixed bag weighing 12lb 2oz, just ahead of Dave Scrimgeur with a 10 fish bag of 10lb 15oz, and Phil Skinner with a 10 fish bag of 9lb 15oz. A Tynemouth Sunday league match saw Steve Harper win with eight whiting totalling 7lb 3oz followed by Chris Robson with a five fish bag of 5lb 3oz. A later club match in calmer conditions saw Steve Harper win again with four cod, best 1lb 11oz, and a pouting for 6lb 12oz. Cod are always going to move onto the Tynemouth rock edges after dark. Kev Moffat won an S.B.R.A.A.C. match at Collywell Bay with four cod weighing 9lb 3oz, best 4lb 6oz. Mick Gaff was second with four flounders for 2lb 2oz taken from Blyth beach.

Don’t mess with the bobbit worm