Mackerel finally made an appearance for the shore angler, and as reported by recent boat anglers, many are of a good size, some topping the 2lb mark. Unfortunately they only seem be showing around the Eyemouth area where visiting anglers lure fishing from the deep water rock edge marks have also taken good numbers of pollack to 4lb among the mackerel on the flood tide. Northerly winds forecast for the start of this week will probably mean that, for the rest of the region, the mackerel will stay offshore for a few more days until settled conditions return.

Summer cod are also starting to show in better numbers from the Northumberland rock edge marks. Fifteen out of 31 weighed in during a recent Whitley Bay summer league open match held at Beadnell. Ian Crombie won with three cod totalling 9½lb, Alan Wood had three weighing 8lb 10oz, and Ian Hall was third with a nice summer cod of 7lb. An East End match in the same area saw Mick Renwick win with three cod for at total weight of 6¾lb just beating Mark Bradford with four for 6lb 11oz. Leon Stewart had the heaviest fish, a cod of 3lb 7oz. 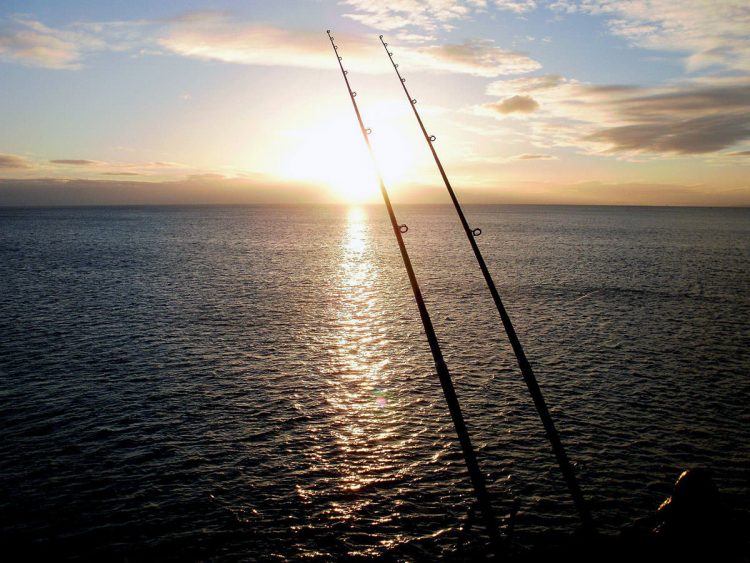 The Tyne continues to produce a variety of species depending on which part of the river you are fishing. At the top end and at the very limit of the tidal range, flounders dominate with the odd bigger specimen taking crab, and worm and mackerel baits. The mid river marks have a mixture of flounders and small cod, and the lower estuary has seen flounders, dabs, whiting, coalfish, and some slightly bigger cod showing. Tom Sawyer won a Tynemouth retired members match with a single cod and a single flounder for 3lb 14oz, and Phil Smithson had one cod and one dab weighing 2½lb.

The Wear has been a bit slow recently with flounders from the upriver marks and coalfish and flounders from the lower marks. A Ryhope Tuesday evening sweepstake produced a few flounders around the 1lb mark in the Wear. John Lovett won with a flounder of 1lb 2oz just ahead of Dave Stokoe with one of 1lb 1oz.

The Durham beaches and marks down to Hartlepool remain quiet, at least until the mackerel arrive. Seaham A.C. fished for their Tuck Brothers Trophy which saw seven members weigh in eight fish for 5.34lb. Don Scott won with a cod of 1.76lb taken from the South pier. Dave Stoker had two fish for 0.91lb from the Blast beach and Jack Clark had a single fish of 0.87lb from the South pier.

Sunderland angler Bob Surtees and friends travelled over to the Solway shoreline recently in search of thornback rays and smoothhounds, unfortunately none were landed but they did catch good numbers of flounders much to the annoyance of local anglers who struggled to land anything of note. Further west, along the Kirkudbright shoreline, once a noted venue for big thornback rays in the mid seventies, has like many areas started to produce them again, with anglers taking the odd better specimens to around the 10lb mark, though most are averaging around the 5lb to 6lb range. Smoothhounds are also a species making a return from the SW Scotland shoreline and some lucky anglers report double figure bags of these fish when the hordes of dogfish can be avoided.