With a bit of a swell running over the last few days some anglers have managed to pick up some sizeable cod, but the majority are undersize with the odd better ones coming from the pier and rock edge marks after dark. Roker pier, South Shields pier and the rock edge marks in between continue to be the most productive areas for any chance of a few bigger cod. The river Tyne is full of small undersize specimens and only those anglers using fresh or frozen crab bait have taken any sizeable cod with the occasional in size coalfish also evident. Hartlepool Pirates saw a few codling landed and making the stick during their last match won by Steve Swales with a cod of 2lb 11oz, M. Hutchinson had one of 2lb 1oz, ahead of J. Watts with a whiting of 11oz. The club have a meeting in the Stranton Social Club on April 24th at 7.30pm. 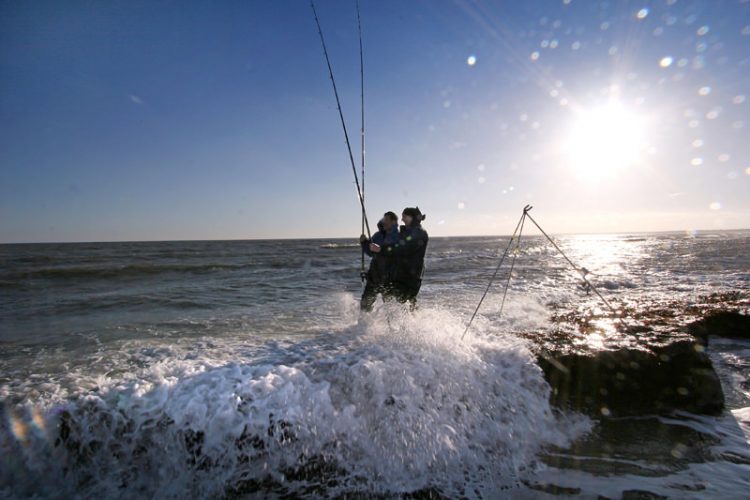 A recent sweepstake in the Tyne at Walker saw Micky Bell win zone A with 19 fish for a total length of 476cm ahead of Steve Williams with 17 for 453cm. Marty Pygall won zone B with 20 fish measuring 490cm, Gareth Gardner and Andy Rutherford tied with 487cm, Gareth having the longest fish of the match with a cod of 35cm.

The South Shields monthly match only produced a single size fish when R. Oliver landed a flounder of 1lb 1oz. At other times the pier has fished reasonably well, mainly after dark when double figure bags of cod have been landed, however, most have been undersize, with only the odd better ones topping the 2lb mark. As with the lower Tyne marks, coalfish have shown on some tides and the occasional plaice continue to be taken.

The upper river marks in the Wear and Tyne are both popular for a bit of light tackle flounder sport when bags of 20 or more fish can be expected on worm and mackerel baits, most fish will be small but there is always the chance of a bigger flounder to 2lb or more. Some anglers have reported taking bass well upriver in the Wear.

The mild winter has produced an early start for boat anglers. Boats out of Whitby have taken up to 50 cod to 7lb uptiding from the rough ground marks, and commercial boats report mackerel around 30 miles offshore. Some of these cod have started to move north where Adam Dendrickson and Steve Watt fished aboard Steve Ryders boat Legacy out of Hartlepool. They kept 26 cod to 9lb taken from a single wreck, most were around the 3lb to 5lb mark with anything under 2lb being returned.