When potential clients call one of the first things they usually ask is, “How’s the fishing?” My response the past week has been, “As good as it gets.” Absolutely perfect weather, with calm waters and clear skies allowed us to see thousands of redfish every day. Most of them were in schools of 10-300 fish in clear shallow water. Easy to spot but not as easy to approach unless you are being extremely quiet. Usually, these calm conditions allow only one or 2 good shots before the school moves out of reach. Quick accurate casts are usually rewarded with an instant hookup. The DOA 3 inch shad tail and the 5.5 inch CAL have been working best as of late. Now that the water is warming, it will soon be time to break out the Baitbusters for some topwater action.
Seatrout fishing has been steady as well with larger fish in shallow water near sandbars and the edges of flats and good numbers of fish in 2-4 feet of water. The Deadly combo rig has been producing all day long for fish of all sizes. A 5.5 inch CAL has fooled some giant trout in the shallow water. Chris landed a fat one using a Bloodworm CAL on the flats. 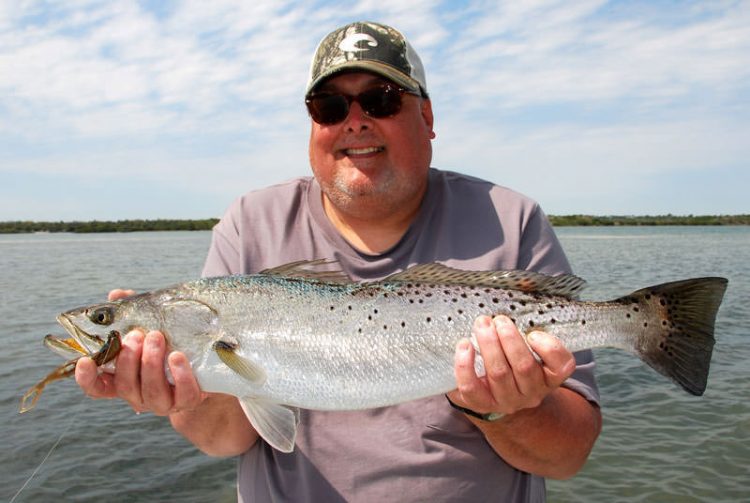 Greg was playing backup with the spinning rod while his buddy was fly fishing and put his CAL jig in front of the school. It was instantly eaten by this nice redfish. 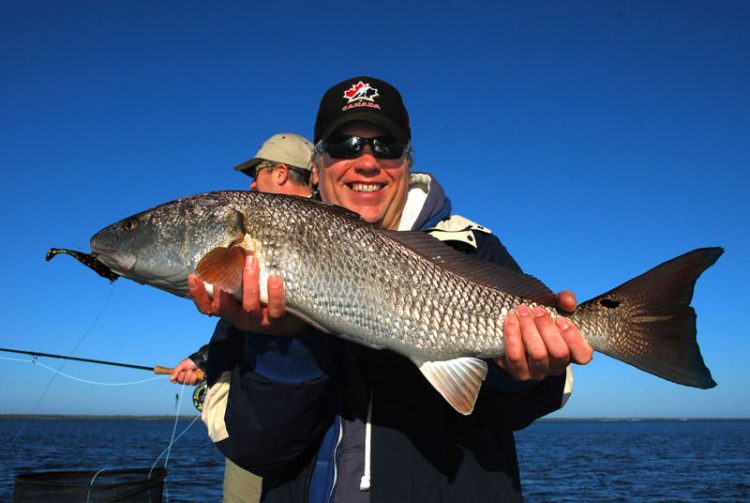 Bob wanted to catch his first redfish and was hoping to do it while sight fishing with artificial baits. Lots of schools and some nice weather helped him accomplish that goal. 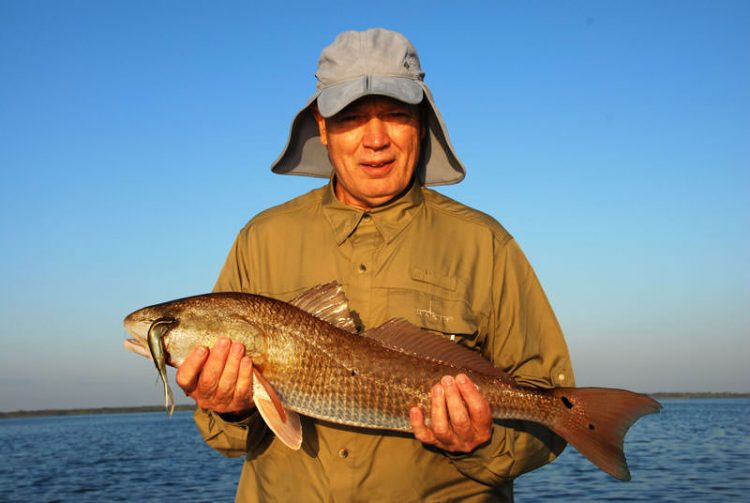 8 year old Ferdia is from Ireland and told me the biggest fish he had ever caught was about 12 inches long. He almost tripled that by landing a 31″ redfish on a DOA CAL. 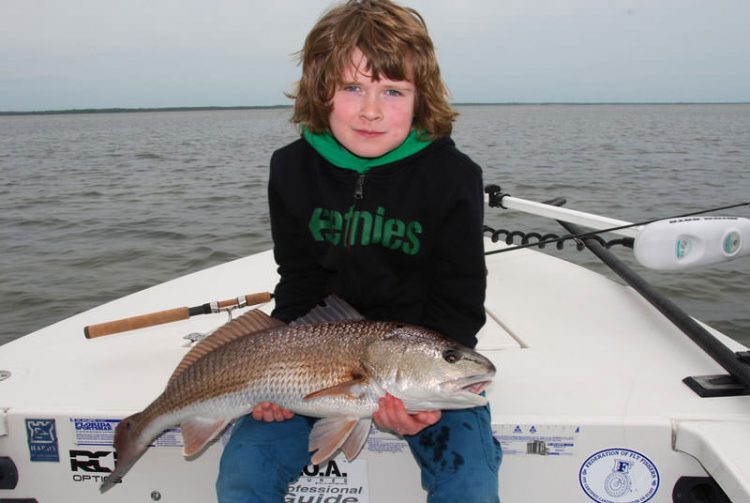 Jay, Dana, and Russ had an awesome day sight fishing huge schools of redfish. George cast a 5.5 inch CAL to a school to land this fish. 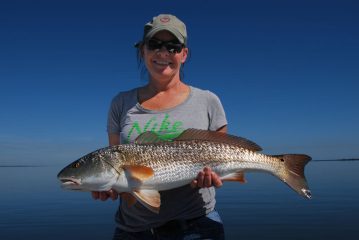 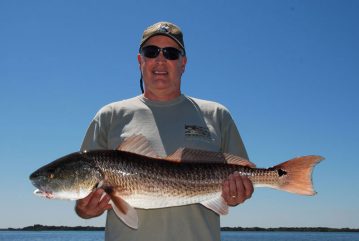 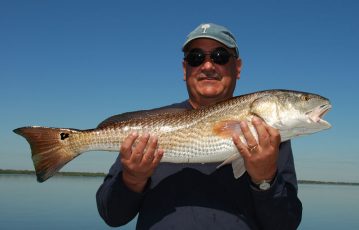 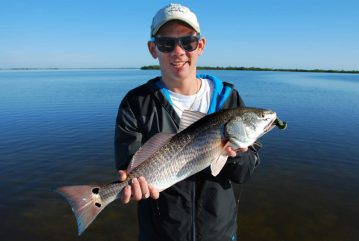 David landed the largest fish of the week which was 40 inches long. 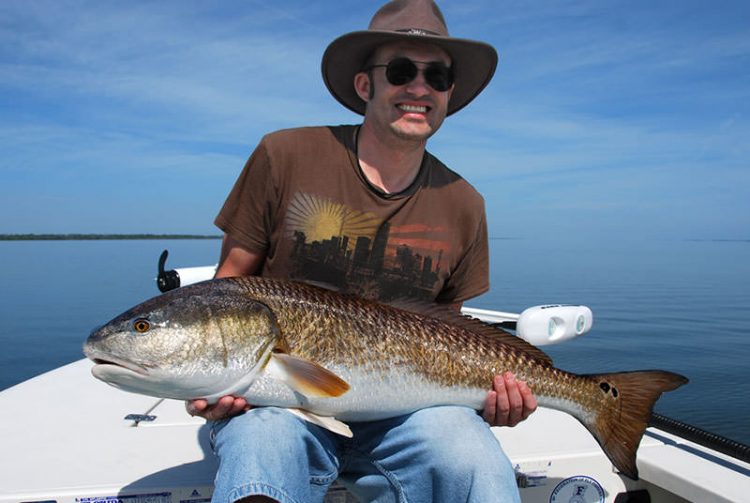 Greg and his son Brantley had an excellent day landing numerous redfish and a huge trout. Brantley also had a fish in the 35 pound class break off.

When the weather cooperates, the great sight fishing will continue. Big schools of fish will remain throughout the month. If you are new to the area and fishing in your own boat, wear polarized glasses while driving so you can see the bottom. I have witnessed numerous boats the past few weeks slam into sandbars and plow across shallow flats in the middle of the day when they should be easily visible. Also watch out for the higher than normal amount of manatee in the Lagoon this year. Numbers have been increasing every year but this spring they have been especially plentiful.

For more information on Chris’ charters visit his website.

Fly Fishing for Permit in Australia