With a return to more summer like conditions over recent days anglers have enjoyed the rare occurrence of summer, autumn and winter species all appearing at the same time. Cod are showing even in calm conditions, though you have to be in the right place at the right time, which really means over the rock edge marks with fresh crab baits. The rock marks between Whitburn and Marsden have produced some bigger cod to 6lb.Pollack are showing from the piers at Roker and South Shields, as are some big specimen coalfish, some big coalfish are also evident from some of the Hartlepool piers after being missing for many years. Dabs, flounders, and some late season specimen plaice have been taken in reasonable numbers and the inevitable hordes of autumn whiting are showing mainly after dark from any of the marks from Roker pier down to Hartlepool where they are showing in large numbers on most tides. Mackerel, if you are not tired of them by now, have also moved back inshore during the big tides with large numbers being landed from Roker pier, along with coalfish, pollack, and the odd cod all taking lures. The river Wear is back on form with coalfish and mackerel moving in up to the Glass Centre promenade, with cod and flounders to 2lb showing from the mid-river marks.

Unless you are fishing the Tyne or possibly South Shields pier then night time matches and sessions are generally producing the best bags of cod. P. Gee won at Bedlington Station with seven totalling 11lb 6oz, a good result in flat calm seas. An S.B.R.A.A.C. match saw 17 out of the 26 anglers weigh in 22 cod, two coalfish and a pouting. Shaun Brannon had four weighing 6lb 15oz, and Phil Smithson had three for a total of 4lb 14oz, including the best of 2¾lb. Up at Blyth Chris Potts had eight cod for 10lb and Keith Smith had three totalling 8lb 7oz, with the best at 4¼lb. A Tynemouth Sunday league match saw the Tyne on top form with cod, coalfish, whiting, plaice, dabs, flounder and mackerel all taking bottom fished baits from the lower Tyne. Steve Harper had eight cod, the best at 2lb 15oz and a coalfish weighing 13lb 7oz from the productive Middens sand bar, Mick Bell had a seven fish mixed bag for 5lb 15oz, and Chris Robson had three totalling 2lb 7oz.A retired members match produced lots of species again but with smaller bags weighed in. Neil Garner had seven fish for 5¾lb, Bill Langlands had six weighing 5lb 1oz, and Wilf Reed had the heaviest fish, a plaice of 1lb 6oz.Paul Brown won a Whitley Bay match with six cod for a total of 8lb 10oz followed by Chris Stringer with two cod, two pouting, and a pollack for 6lb 2oz.

Across the river cod were evident in flat calm seas. A sweepstake on South Shields pier saw Ian Elliott the best of the 18 anglers fishing with seven fish weighing 8lb 1oz, D. Finnerty had six for 6lb 12oz, and R. Oliver had the heaviest fish, a cod of 4lb 2oz.Similarly settled conditions saw M. Daglish win a Cleadon match with eight cod totalling 11lb 13oz from the Low Wall on South Shields pier followed by D. Brown with eight for a total of 11lb 1oz and K. Hall fished the rock edges at Marsden to land the heaviest fish of 4lb 11oz. 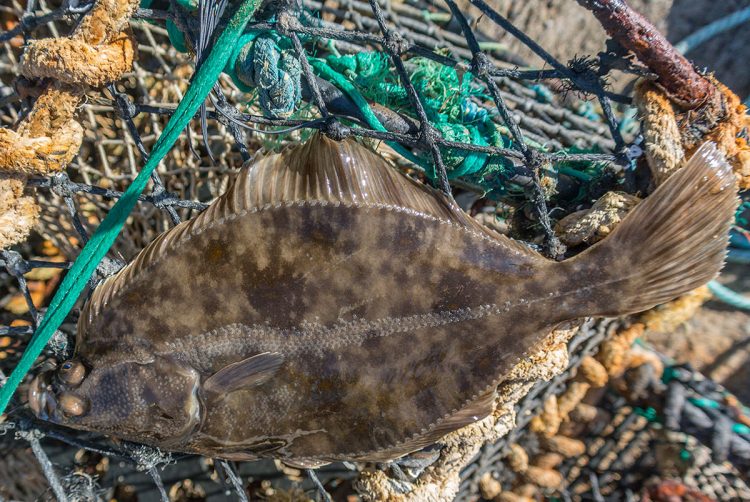 The Ryhope Tuesday evening sweepstake saw 25 fishing over one of the biggest tides of the year. John Lovett won with a cod of 4lb 2oz taken from Seaham small beach. Walter Yardley had one of 2lb 10oz from Marsden and Geordie Crawford had one of 1lb 6oz from Roker pier. Next Ryhope club match is this coming Sunday fishing from 12 noon until 4pm.

The Seaham Angus Mills Trophy saw anglers struggle in the calm conditions with only seven out of the 65 entrants weigh in six cod, three flounders, and a coalie for 10.76lb.Gary Ramsden won with four fish weighing 6.17lb from the South Drum. Kevin Gallagher had a single fish of 1.52lb from the South pier as did John Charlton with one of 1.12lb.

Boat anglers are doing well with some big ling looking for fresh mackerel baits. The Sapphire out of Sunderland continues to have some productive trips, sometimes just several hundred metres offshore where cod to 4lb, ling to 6lb plus huge numbers of mackerel have been taken. Best ling was a specimen of 10lb taken by Mick Newton fishing an inshore wreck which also produced a specimen pollack of11lb 2oz taken by visiting Australian angler Stephen Pattingale.

The Bedlington Station Mini Night Open is on Saturday October 10th with fishing from 6.45pm until 10.45pm between Tynemouth pier to Amble pier, excluding all rivers and piers except Blyth pier. Basic entry is £12 all in which includes a complimentary cooked supper for those who return to the weigh in. First prize is £250 for the heaviest bag, £100 for the heaviest fish, plus raffle prizes. Register at the General Havelock, East Sleekburn from 4.45pm until 5.45pm.As per the law, edible crab and cart bait is banned.

How to Catch Squid