1st Peter Pilkington – 233cm including a ray of 48cm, which as the longest fish netted him £65

Top baits were black lug and squid. Golden peg winner Paul Jordan picked up a tenner and the raffle was won by Martin Darwin.

Luke Preston has been keen to catch his first Sole for a while . With a calm day forecast his dad, Matty, took him to the Gynn wall at Blackpool to hopefully tick it off the list. Just after high water Luke’s patience was rewarded with a cracker. He was particularly pleased as he had made his rig at home, baited up and cast out himself. 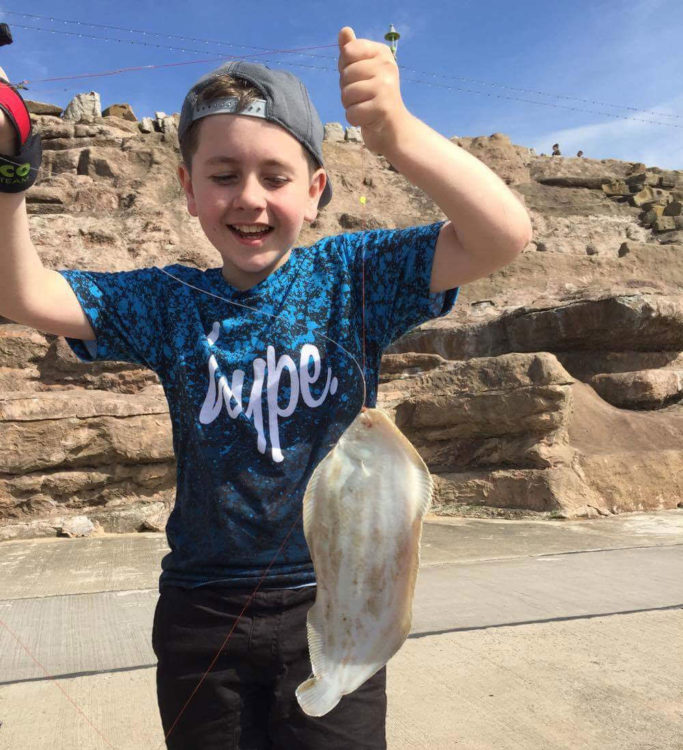 Luke Preston with his sole

Rick Pennington had a slower day on the Gynn with the rough sea returning. The flood was pedestrian, a bass for Ray Rodger, a sole for Darren Gillies and a plaice for Rick.

It fished a little better on the ebb for the other lads. Daz added a flounder, Ray had three plaice and a sole . Rick was stuck on the one fish until his first pouting in 20 years added a new species to his list. The day was topped off by a whiting.

Anthony Lydiate fished with his nephew in front of the Boat Club last weekend and had a mix bag. His nephew landed his first sole. A surprise came two n half hours into the ebb, with barely 3ft of water in front of them. The youngster’s rod doubled over and a big smoothhound tore line off as it headed into the sunset. It tail walked about 80 yards out before straightening the size 4 hook intended for sole, a great experience for him none the less. All the fish came on Jordan Russell’s yellow tails. 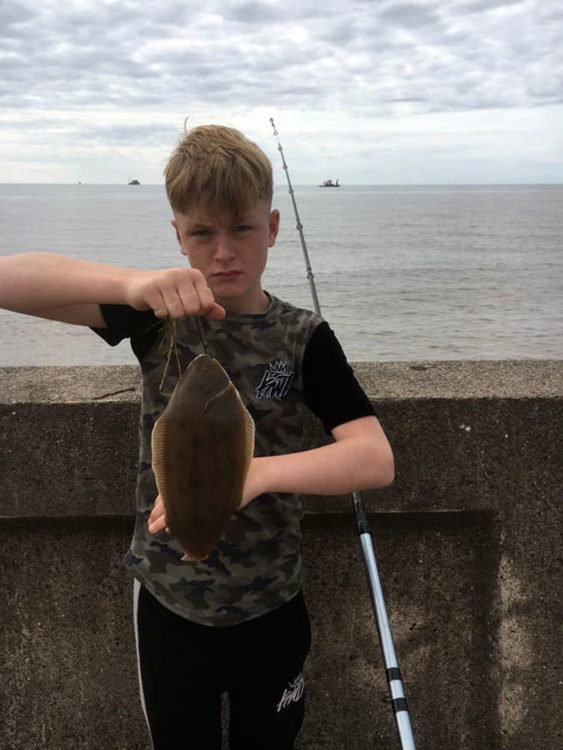 Bass Have Breakfast With Tiffany