Bass Have Breakfast With Tiffany

The sea has cleared this week to an almost blue colour which has made daytime beach fishing slightly more difficult with most discerning fish staying out in deeper waters until dusk. Having said that, school bass will still be found close to tide line and around the rocky breakwaters.

A few reports of plaice being caught from the beaches and piers this week. Ben Rotchell headed for the Walton beaches to fish a daytime tide and landed a nice plaice weighing 1lb on a ragworm bait. 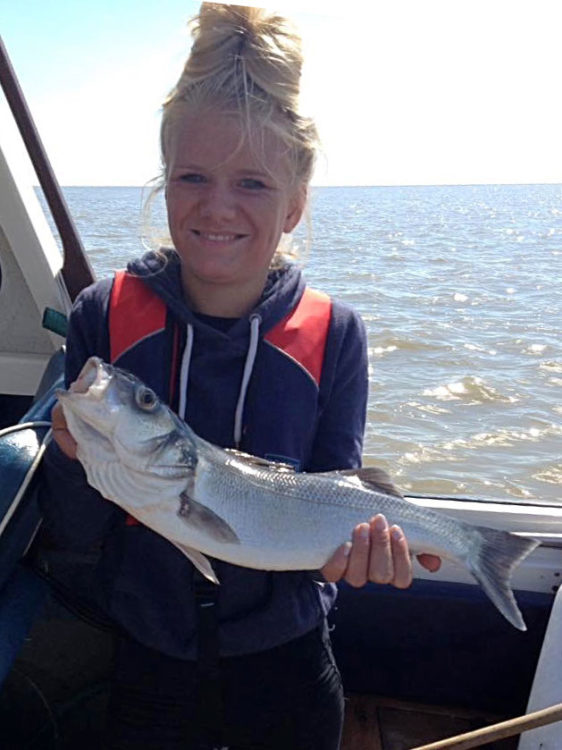 Walton Pier itself has benefited from the clear water with anglers catching bass, wrasse and pouting from between the pier piles. Thornback ray are being caught from the top of the pier on certain tides along with the odd bass around the 3lb mark.

The Frinton beaches have been fairly quiet this week, but once again school bass, sole and eels will be caught after dark. The Holland and Clacton beaches are producing bass, sole and the odd ray. If you fancy targeting sole, ragworm will be the top bait to use.

Clacton Pier has been the top venue this week. Jake Smith and Wayne Constantine fished an evening tide into darkness; Wayne landed a 3lb thornback ray and Jake landed a cracking 8lb bass on a mackerel fillet. Other anglers fishing the pier reported sole, school bass and some bigger whiting are now showing. Jaywick and the St Osyth beaches have been on the slow side although there is always a chance of a bigger bass here. Once again one or two plaice have been reported from this area.

The boats have had a reasonable week in the settled weather. Seawatch Charters have had a varied selection of fish on board from turbot to a stingray weighing in at 22lbs caught on a mackerel bait.

The Sophie Lee has reported a week of bigger bass and still plenty of smooth-hounds. 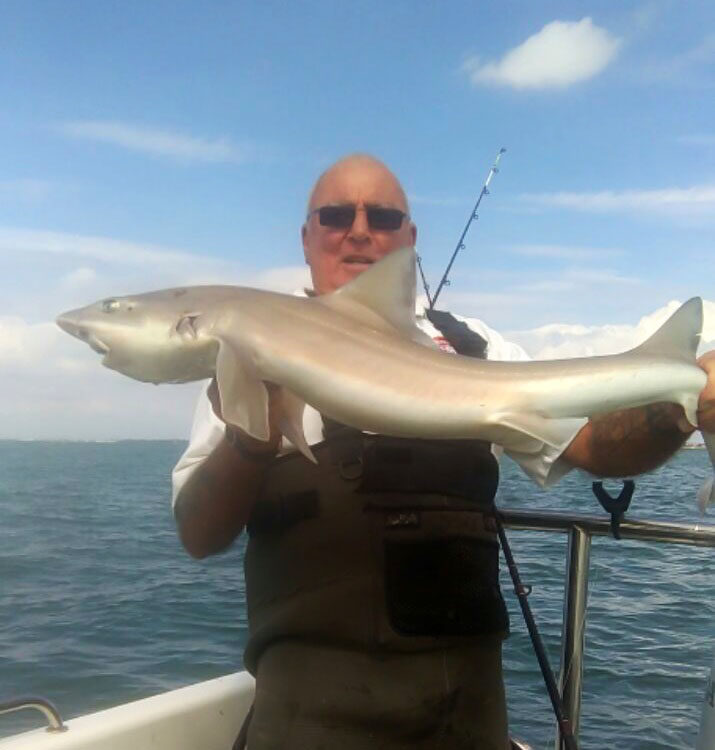 Dave Hollands fished from his own boat Essex Boys and had a good day on the smoothhounds with some into low double figures. He also reported that there are a lot of small thornbacks ray feeding in close, which can only mean they are breeding well and all bodes well for future ray stocks.

We are now entering mid-August and this has always been a traditional time for a few of our autumn species to return. I expect the whiting and a few codling to turn up before the end of the month, as well as a return of some bigger thornback ray.

If you have any fishing reports you can send them to popplewell1@btinternet.com

Amy Has Sole On The Gynn