Fleetwood and District Angling Club had a disappointing match on the Gynn despite an impressive air display. Conditions at Cleveleys looked good as the nine anglers headed out to fish low water. As it turned out the fishing was very slow and only six anglers weighed in.

There is no club match over the Bank Holiday weekend and the next match is on Sunday September 3rd at Marine Beach fishing from 9.00am until 12.00pm. 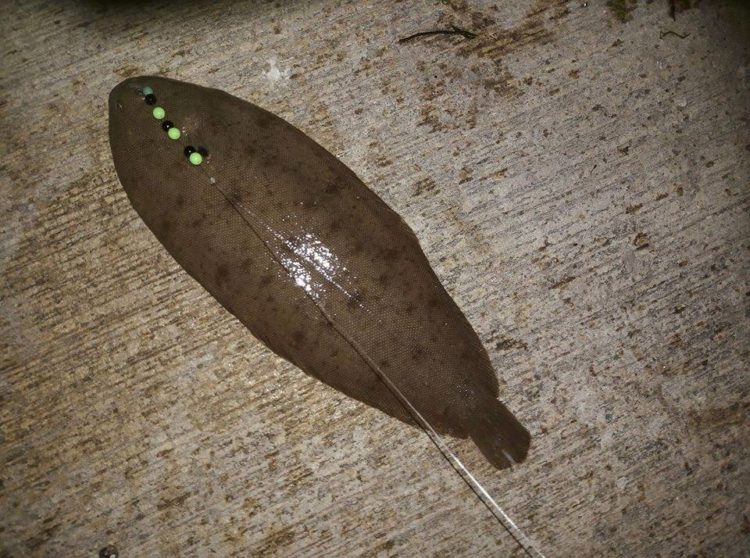 Rick Pennington found plenty of fish on the Gynn Wall where he had his first after dark sole in two years. Whiting were a bit of a pest but a few in size ones among the seven landed. Two flounder, a couple of dabs and a pouting made up the rest of the catch. There were a few hound pups back on the scene and most fish came at close range on black lugworm and ragworm.

Leyland and District Angling Club also had a Gynn match with similarly poor results and only six fish were landed by the 14 anglers. The winner Andy Booth had two dabs measuring only 39cm. Second spot went to Alan Smith with a whiting and a dab for 38cm and third placed Fred Howard’s two whiting went 25cm. Alan Smith had the longest fish and Martin the raffle prize.

Martin Foxtrot fished the Mersey morning tide on Sunday. The tide was a bit high for where he fished but he managed to keep the weight anchored in the sand to beach three thornbacks and a dogfish.

Chris English was at 5-Bar Gate, Cleveleys from 09.30am with Chris Minto and James Coleman. They used fresh and frozen black on a variety of rigs. They landed a flounder and an eel as the fishing proved very slow.

Dave Brown found warm, flat calm conditions at Cleveleys where he had a mixed bag of small pup tope, whiting, a few dogfish and a small thornback ray on the first cast. 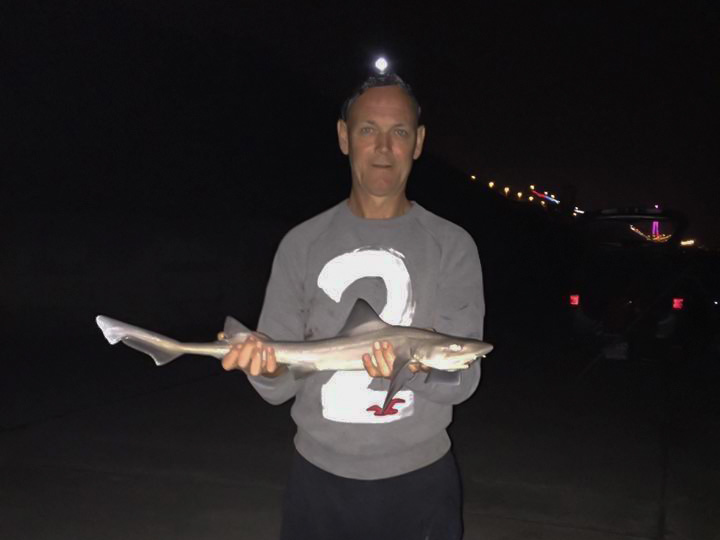 Darren with his smoothhound