A Fleetwood and District Angling Club match was held last Sunday in the Fleetwood Channel. The match proved productive with plenty of fish around. Tony Baxter caught a cracking cod at 68cm (6lb 7ounce) together with lots of small codling and a few flounders also showed up.

Best junior was Lewis Green and the biggest fish was Tony’s cod. 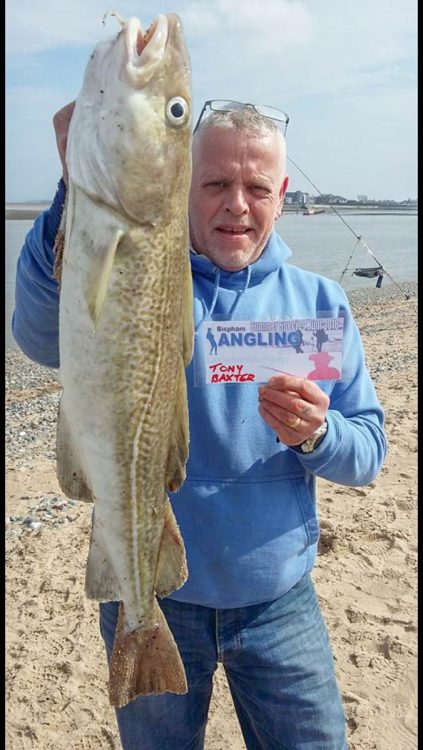 Springfield angler David Playforth has been fishing along with Eric and the pair have caught multiple codling, whiting, rays, doggies and different species of flat fish. The main bait is black worm or mackerel and squid wraps.

The species hunt is now well away from the 1st of April for Lancashire Sea Fishing Group. Already there has been a few fish showing for the members, including whiting and codling along the Fylde coast. You can still join for just £5 and if you want to get involved please contact Bispham Angling or the Facebook group.

The the most productive areas along the Fylde at the minute are Rossal School and anywhere along the Gyn Wall from Gyn roundabout to Porbreck Castle. Plenty of fish showing around high tide at night such as codling, whiting, flatfish and doggies. A few plaice are also being caught on the Gyn in the daytime tides. Most of the fish being caught on frozen black lug apart from the dogfish which prefer mackerel strips.

The longest fish prize also went to Derek Park for his cracking 44cm flounder. Prize was a fixed spool reel from the sponsors, Sidewinder. Jordan and Mark Thompson would like to say a big thank you to everyone who turned up and fished well in such hard conditions and they hope to see you all at the next match.

Stephen Richardson and dad, Melvin, members of the Blackpool Boat Angling Club fished last Friday and had a great session. Stephen reports that it was excellent day’s fishing on Friday even though the sea was like glass. His dad got on the spring run of the cod, again loads of coddling including three keepers with two being returned. Doggies and one plaice and a thornback made up the rest of the catch. 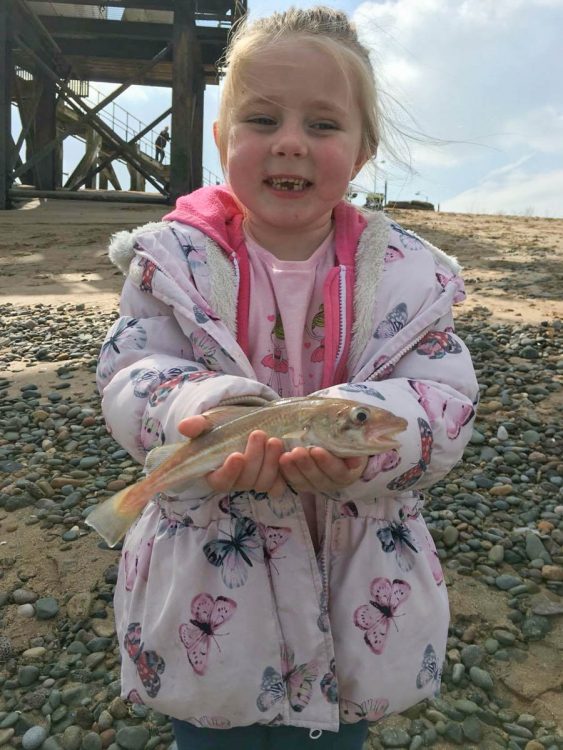 Daryl Randels fished with his daughter, Lilly-Jayne Morton, aged four for her first time ever fishing trip. They fished at the Fleetwood Channel in the Wyre by the life-boat station last Sunday. They fished the river using a two hook flapper rigs baited with fresh black lugworm for for three hours and had plenty of small codling.

Martin Little fished in his kayak a few hundred yards off the beach at Fleetwood in 14ft of water on the flood. Using a simple running leger rig with plenty of beads and sequins on a 20lb trace and fresh lugworm for bait, Martin had a cracking 2lb plaice along with other fish.