After a break of many years, Brian Gourley returned to angling three years ago whilst recovering from a motorcycle racing accident. On Tuesday 31st March he spent the day out from Sandown, Isle of Wight on Dale Edmund’s boat “Fish Ardour”. The target species were rays using a single whole squid mounted on an 8/0 pennel rig. Among the fish landed was a cracking 20lb undulate ray. Weighed and identified the following day at Scotties tackle in Newport, this is Brian’s first undulate ray and is only ½ oz under the Isle of Wight boat-caught record and 1 1/4lb under the British record which has stood since 1987. 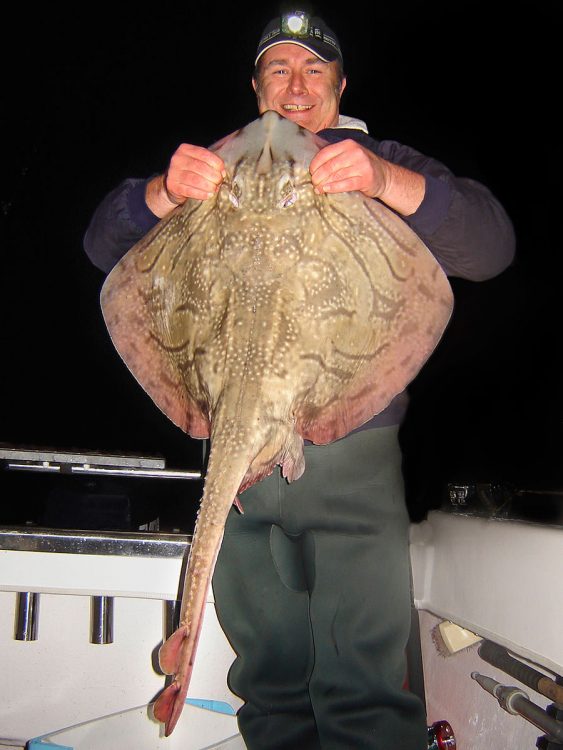