Autumn has come in like a lion with strong winds hitting our coastline. Boat anglers have found it difficult to put to sea, those that have managed have had to fish close to the shore in calmer waters. A few codling are starting to show here but nothing like we should be seeing at this time of the year. The last two or three years has been a very lean time for cod fishing in the Thames Estuary and last year we didn’t see any significant show of codling until early Spring. Let’s hope we see the shoals arrive to keep anglers interested.

The beaches and piers are still fishing fairly well. Clacton Pier has seen more thornback ray this week, most are on the small side, plus bass, dogfish and plenty of whiting.

St Osyth beach has been spasmodic with thornbacks turning up on some tides but not on others. The whiting shoals have returned here in force along with a few dogfish after dark.

The Holland beaches have been fairly quiet this week apart from whiting, and a few school bass. 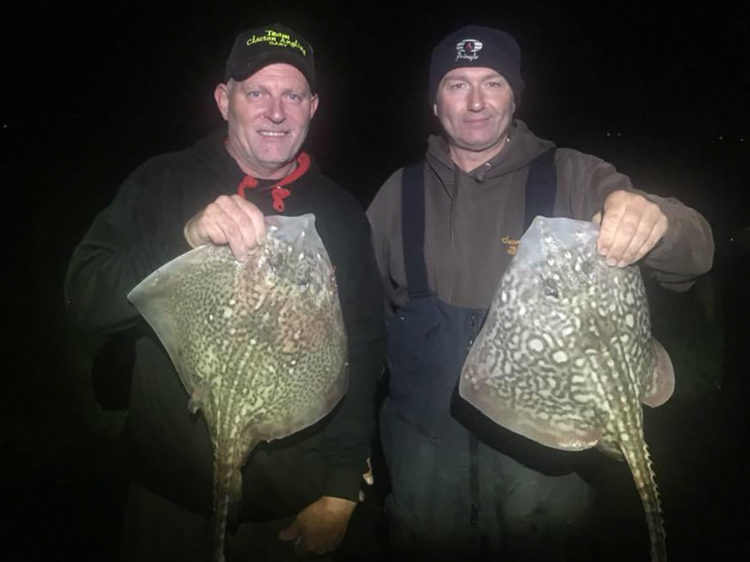 The shallower Frinton beaches are fishing much better with thornback ray being caught on the flood tide. Some bigger bass have moved in close to the shore here and fish to 5lbs have been caught.

Colchester Sea Angling Club fished the Frinton beaches for their fifth round of the Colchester Bait and Tackle League. Fifteen anglers braved strong wind and drizzle, but they did find the fish feeding and everyone caught fish.

The main catch was bass, soles, flounders, dabs and thornbacks. Top spot went to Neil Cocks with 11lb 11oz which included a 4lb 13oz thornback ray. In second place was Gary Hambleton with 7lb 12oz, including a ray of 4lb 14oz which won him the heaviest round fish prize. Third Mick Bradley with a catch of whiting weighing 5lb 7oz, the heaviest flatfish prize was won by Phil Buy with a 1lb sole.

Walton Pier has come into its own this week with thornback ray showing well. Ian Brookes fished the top of the pier and landed two thornbacks plus plenty of whiting and dogfish. Ian told me that a total of seven rays were caught between anglers on that night.

Bass are also still being caught here and there is always a chance of a big fish to be caught as they are feeding on the vast shoals of whiting very close to the pier.