Once again an extremely windy week and a small set of tides has changed the fishing. One bonus of these winds is the codling in Fleetwood Bay. There are plenty being caught around the Dronsfield Road area down to the Channel. Mainly on big frozen worm baits.

As the winds ease of and the more anglers get out next week there should be some good fish caught and as usual quality bait is available from Bispham Angling.

Some of the lads have been having multiple catches during their sessions. Low water at Rossall has once again chucked a good one up for Jason Usher.

Jason was fishing for rays at the time with squid and mackerel wraps when suddenly his top bent over and he was battling with an 8lb cod. 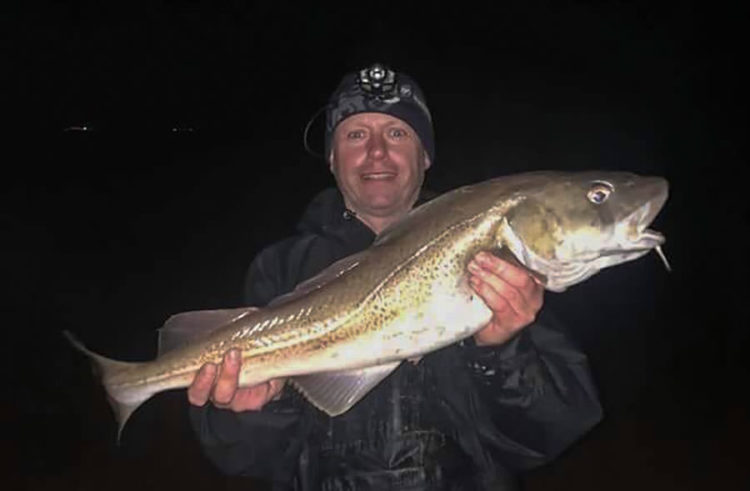 Jason Usher with his cod

Nathan Pickering had a couple of sessions and has been rewarded with over 10 sizeable cod caught using ungutted yellow tails. 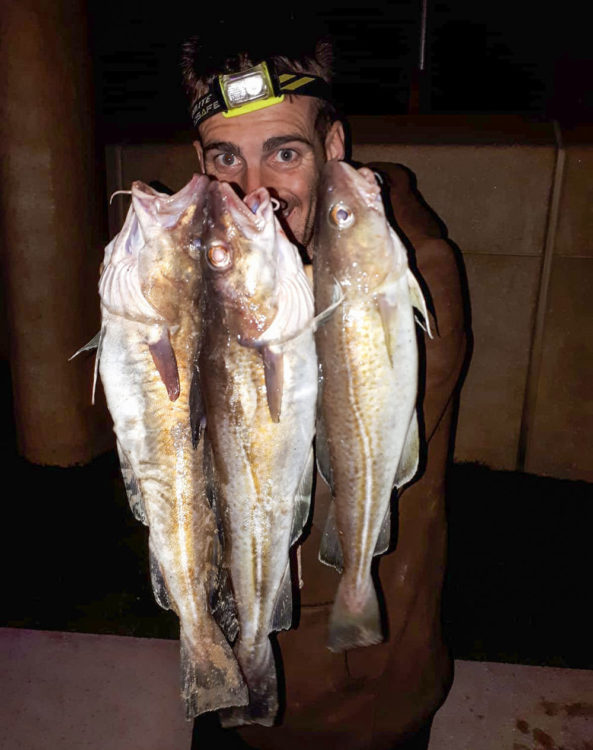 Nathan Pickering with some of his cod

Fleetwood and District Angling Club fished their latest match at Five-Bar Gate. The forecast conditions were quite favourable, although it rained hard at the start of the match clearing later. The sea state was rough to start with but eased off and was very fishable. All that was missing was some fish.

Fourteen anglers fished, but only four caught fish. Hughie Porter was the winner with a dogfish and a tiny smoothhound for 50 points, both caught on black worm tipped with squid. In second place was Alex Garden with a 39cm codling worth 24 points and third placed Trevor Barnett had a 35cm codling for 16points. Fourth placed Tim Wrigley landed two small plaice for 9 points.

One of those days which looked like it should produce but for some reason did not.