The latest Skegness Pier Angling Club (SPAC) match was held from out of sorts Trunch Lane and proved to be a real struggle for the 11 anglers who turned up to fish. After a brief flurry of late season smoothounds caught in the last match, they soon disappeared again, with just a few flatfish and weevers being caught on this occasion.

Father and son duo Gary and Tyler Collins made the most of the poor conditions. Both fishing at close range using three hook flappers baited with blacks or blow lug, it was very close between the two of them, with Gary coming out on top, catching two flounders and a dab measuring 83cm in total. As well as winning the RNLI Gamble Cup, he also won the longest flatfish prize with his best flounder, which hit the measure at 31cm (14oz). 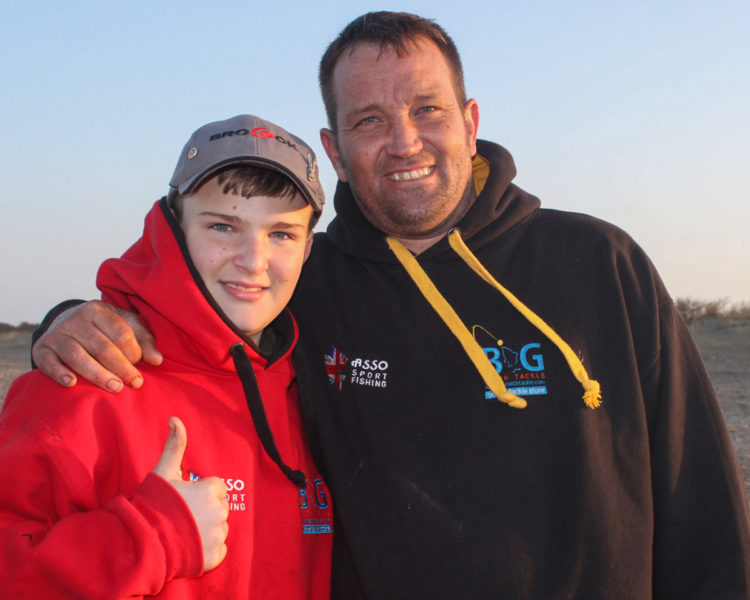 Junior angler Tyler was just 3cm behind his dad in second place, also catching two flounders and a dab for 80cm. Paul Marshall filled the frame in third place with a flounder, a dab and a weever for 63cm. He also shared the longest round fish prize with Bob Foster and Mike Nicholson, each with a 15cm weever.

SPAC members Adie Cooper and Garry Hutson didn’t make it to this match, as they were both away fishing an open match at Llandudno. The fishing was a lot better for them in North Wales, with Adie winning his Zone, catching six dogfish and a bull huss for 16lb 8oz. His bull huss was the heaviest fish caught in the match, weighing in at 8lb 4oz. Garry meanwhile came second in his Zone with a total weight of 13lb and also caught a decent bull huss. 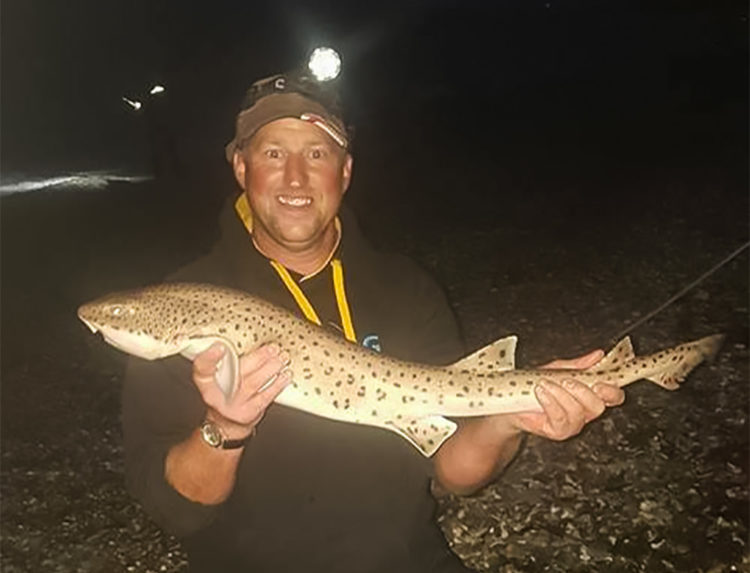 Adie with his Llandudno bull huss

The next SPAC match will be held this coming Saturday 22nd September, with fishing from from 4 till 8pm at Winthorpe Ave. The match is open to all, with Club Members fishing for the Mrs Wheatcroft Cup.

There is also an open Mixed Pairs event being run on the day, with the venue chosen offering the chance of catching a variety of species at close range, or distance. There have been reports of early whiting being caught, so hopefully we will see some better catches on the day.

All to note that the car park is privately owned and the front spaces overlooking the sea are reserved for customers of The View. So please park at the rear of the car park adjacent to Kings Avenue. Please pass on to those not on FB and contact me for further details.