A lot of anglers get no further than the popular arms of Scrabster harbour when visiting the north coast. However, recent years have proved problematic for the bait angler with hosts of immature coalies, codling and whiting ravenously stripping the baits before any of the larger species can manage to locate the hook-baits. Fortunately, a walk of around 10 minutes can put the angler on the Scrabster lighthouse ledges where the deeper water tends to be less popular with the hungry midgets.

The vast majority of the north Caithness shoreline comprises of mostly red sandstone cliffs that drop vertically into the sea. 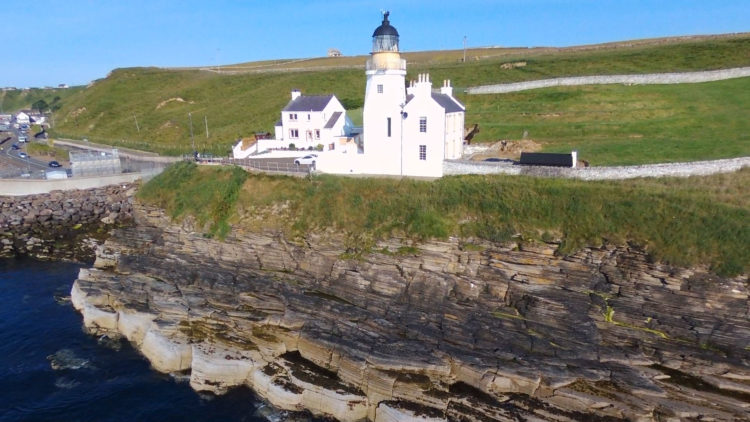 The Scrabster lighthouse ledges are one of the few places on the north coast that provide easy access for the sea angler wishing to try out comfortable rock marks. While close to shore is rocky and weedy, once you get 10 metres out from the base of ledges the seabed comprises course sand.

How To Get To The Scrabster Lighthouse Ledges

The lighthouse environs and adjacent houses are now privately owned and it is no longer possible to park up at the light. Car parking is available at the harbour and from there it a comfortable stroll up the single track road to the lighthouse. To the right of the light is an access gate through which the visitor can access the cliff top path. A clearly defined path through the short vegetation leads to the start of the ledges. Care should be taken when the grass is wet as the greenery can be very slippery and there are few hand or foot holds.

The way down from the heights is via a series of well defined natural steps formed the ledges themselves. Like the grass the rocks can be slippery when wet, particularly when covered by black algae.

Once on the lower Scrabster lighthouse ledges the rocky surface is well covered by barnacles which provide a secure platform.

It can sometimes be difficult to locate a clear spot for casting as this area is popular with the small, or lazy, creel boat owners. Observations of the ropes to the creel buoys should allow the clear areas to be determined.

On the smaller neap tides the ledges can be fished right through the tide cycle but the bigger tides flood the ledges, as evidenced by the rock pools and abundant barnacles. The Scrabster lighthouse ledges are sheltered from winds from the south round to the north west but winds from the easterly side can make fishing uncomfortable and wet. 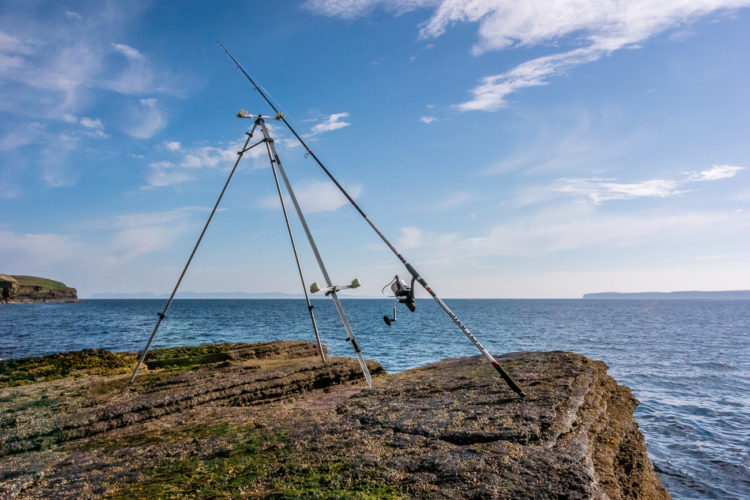 The passing Orkney Northlink ferry can also throw up waves from its wake to catch the unwary or their tackle. Fishing can be just as good during the as after sunset and several trips in daylight should be made to establish the safe access route before attempting the clifftop journey in darkness.

What Species To Expect

The ground off the ledges is comparative clean with little more than detached seaweed to bother the anglers. A cast of around 50 metres will see the rigs lying in about 15 metres of water off the northerly end of the ledges. 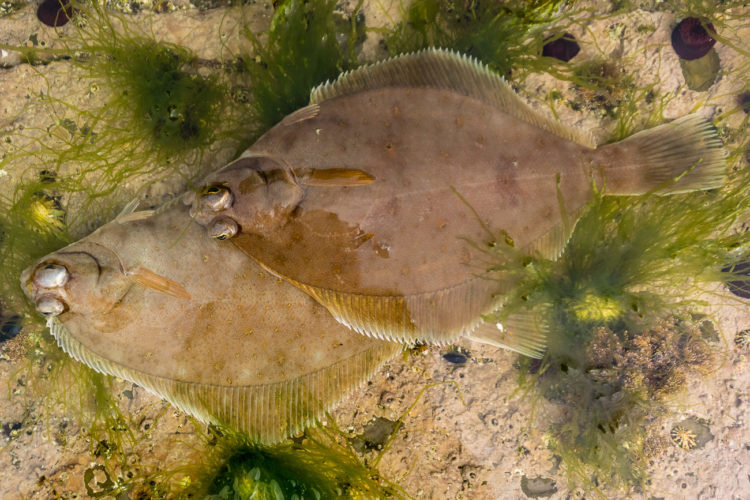 Over this area the angler can expect dabs, gurnard and dogfish to make up the majority of the catches. At times the dabs can be present in plague proportions with treble shots the norm. Mackerel also frequent this area during the warmer months, and will regularly pick up baits as the angler retrieves their tackle. 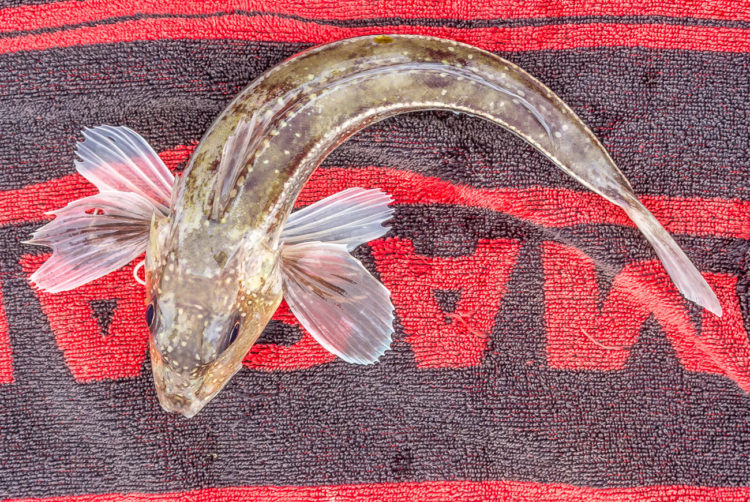 Octopus can be about in numbers during the summer and can strip baits meant for other targets. 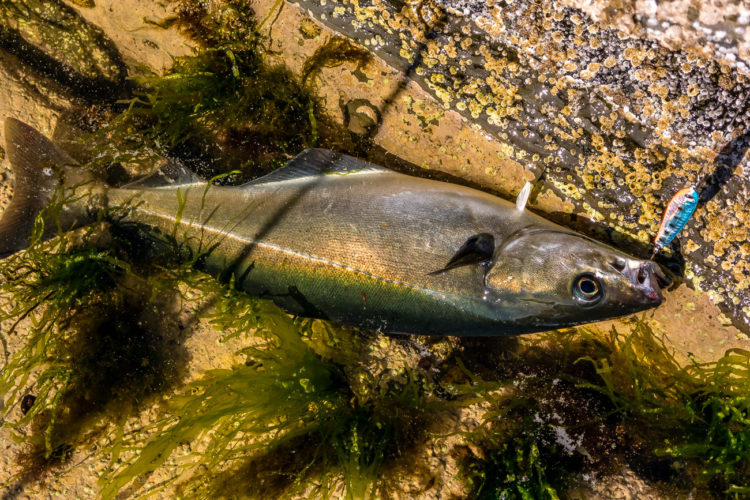 Coalfish on a lure

The rougher ground extends further out from the shore as the ledges head back in the direction of the outer harbour wall. Fishing close in below the lighthouse can produce the occasional ling and strap conger on bigger baits. The Scottish shore record ling was held for a number of years by a fish landed from here. The odd ballan wrasse can also be found over the harder areas.

Any beachcaster setup is suitable for fishing the Scrabster lighthouse ledges. Distance casting is not required and given the number of creels which can be on site, accuracy is more important than power casting. 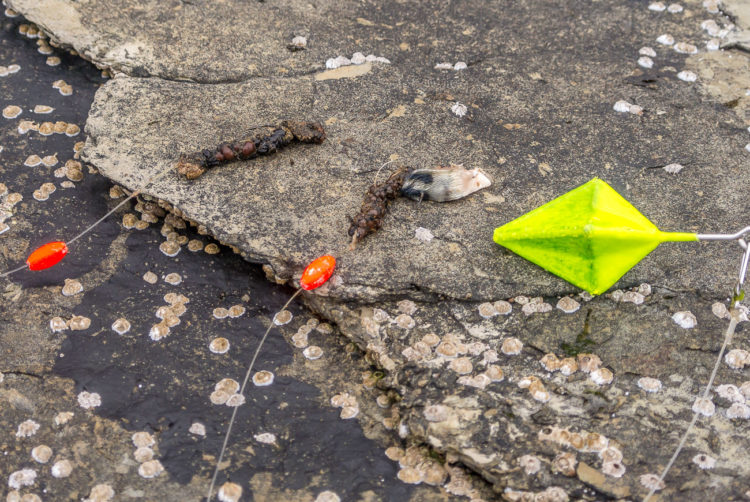 Simple flapper rigs are the most effective for the clean ground with size 2-1/0 hooks capable of securing most of the species to be found. Mackerel strip baits are the most productive, either on its own or cocktailed with worms.

If trying for conger or ling a basic running ledger with a rotten bottom works best and will keep tackle losses to a minimum. A chunk of the ubiquitous mackerel serves a bait. 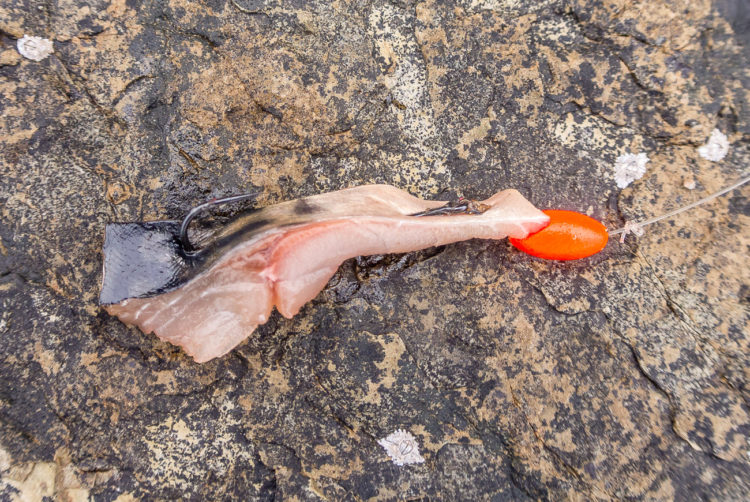 If lure fishing the main line should be comparatively strong, 15lb breaking strain, to assist when attempting to pull of of snags. Almost any lure can be effective, with casts along the rocky edges best to cover the productive ground. Once over the clean bottom, mackerel are the only real target for the lure angler.