The weekend arrived, and the weather was on the boat anglers’ side, they were greeted with light winds and very calm seas.

Most of the boats opted to fish within a mile of the shoreline and catches were very good for February. Codling and thornback ray were the main catch but there were a few early Spring dogfish showing too.

The Brightlingsea based charter boat Gloria B11 had an enjoyable day with the party landing plenty of rays and codling with James Fennel landing an 8lb thornback ray.

The Gunfleet Boating Club also saw their members taking advantage of the glorious weather and father and son team Trevor and Danny Jerram fished from their own boat “Kraken” off of the Holland coast line. They landed some good size thornback rays plus codling and some bigger whiting. 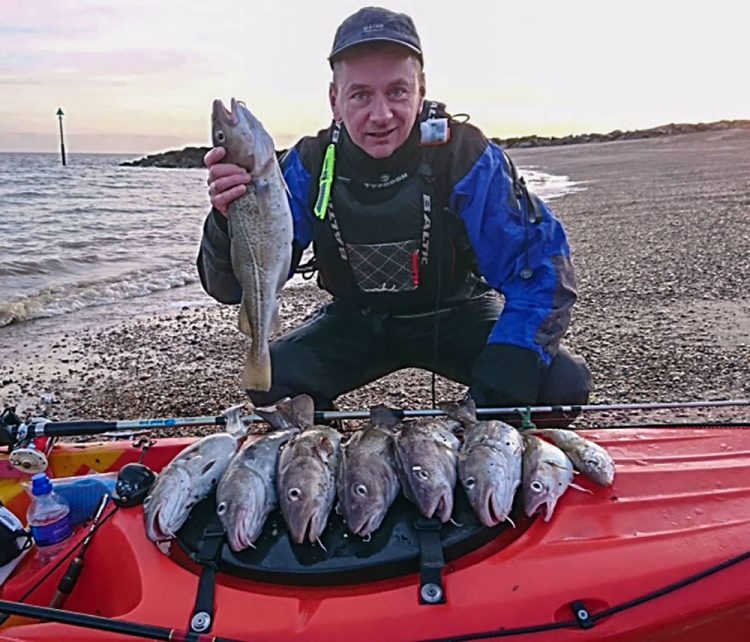 Mick Mullally with his codling

It looks like most of the fish this week have been caught within a mile of our coastline, boats that travelled to the further off fishing marks reported very little apart from a few whiting.

The beaches have also faired better this week with Holland beaches showing some codling. Local anglers Matt Clark and Daniel Tulip have once again been catching fish to around the 2lb mark from this venue.

Clacton Pier has also seen the resurgence of codling plus whiting and the odd thornback ray.

St Osyth beach also reported thornback ray, although most fish were caught up by the nature reserve.

Walton Pier has also seen a few codling although a good blow could help. Sudbury angler David Backler fished the top of the pier on an ebb tide and landed some good size whiting plus one plump Spring codling; all fish were caught on calamari squid baits. 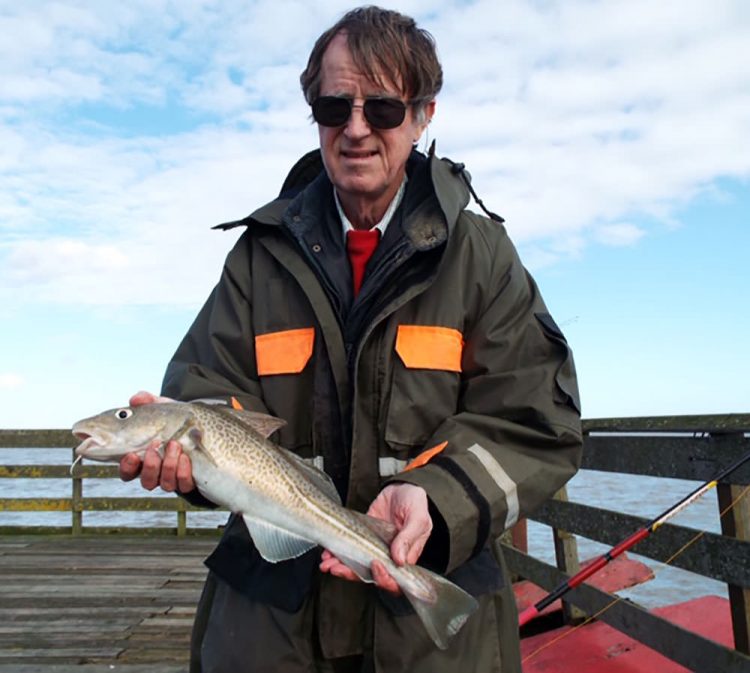 Colchester Sea Angling Club headed for Suffolk and the Dunwich beaches for Round 2 of their beach league matches. 20 anglers fished the five hour match on a glorious sunny Winter’s day. The fishing was slow with dabs being the main catch although flounders, whiting, rockling and small bass were also caught.

Top rod on the day was Steve Yallop with 3lb 6oz with included a 1lb 4oz flounder also winning him the heaviest flatfish prize. Mark Sessions came a close second with 3lb 5oz and third was new member Ken Peacock 2lb 1oz. The heaviest round fish prize went to Nik Highfield with a 9oz bass.

If you have any angling reports, you can contact me at popplewell1@btinternet.com