This year the section shore championship was to be held on the Dover Southern Breakwater by kind permission of the Dover Sea Angling Association. Unfortunately problems with the boat operators meant that the water taxi service to the breakwater was not operating until Autumn so the event was switched to reserve venue of Samphire Hoe located just outside of Dover.

Samphire Hoe was constructed from the extracted earth and stone excavated in the construction of the Channel Tunnel. It is a fantastic promenade that is ideal for the running of shore angling competitions and for pleasure anglers to purchase day tickets to fish. It is essentially a rock mark but as our anglers proved is eminently fishable and offers a variety of species to anglers who are prepared to overcome the difficulties that the rough ground presents.

The HQ for the competition was the Grand Burstin Hotel who obliged with offering preferential rates to our members with £30 per person buying you a bed, breakfast and evening meal. Basic fare but plenty of it and a bar open when you needed it for essential socialising.

The entry to this year’s competition was disappointing but we were determined to press ahead and run the competition with the hope that this might encourage others to enter in the future. Anglers made their way to the HQ Hotel on the Friday 6th July to book in and discuss the rules and administrative arrangements. On the Saturday the bait was collected for all competitors from Roy at Channel Angling by the Committee. The draw for pegs and bait issue was completed at the venue where Alan Yates and John Wells had already been busy with pegging the match area. For those that had not been to Samphire Hoe before they would be faced with a high promenade with rocks at the base and no idea what was beyond. With only tales from fellow anglers and advice from Alan and John to guide the newcomers the first baits were launched at 10:30hrs. 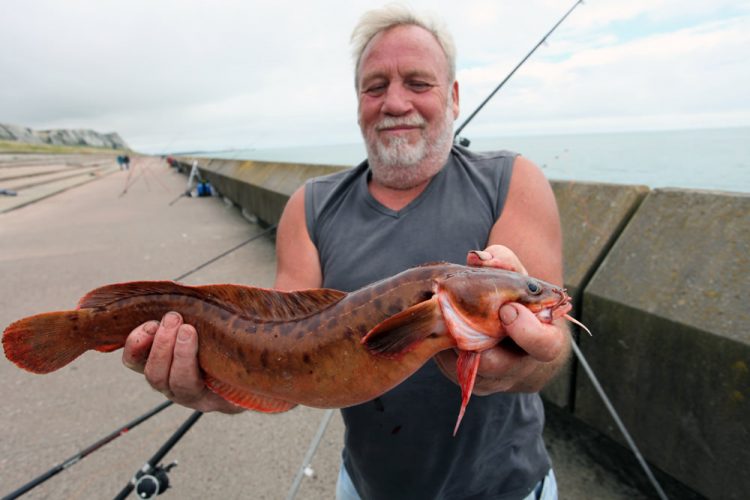 I was on Peg 1 which didn’t give a good view of what was occurring elsewhere but John Wells on the adjacent peg had three fish on his card in rapid succession while my rod stayed motionless. This made me think “here we go we are going to be stuffed” by the local experts. But I kept my concentration going and a sharp eye on John and his methods. Early on in the match it was quiet on the higher peg numbers but I managed to catch John up and heard of one or two fish being landed. The weather forecast earlier in the week was for heavy showers and these thankfully didn’t materialise. Instead we had bright sunshine all day and on top of all the fish we caught, also caught the sun. At the end of the day I was lying in 4th place with my five sizeable fish and Reg Clough was leading and surprisingly our boat angling experts Jerry Knight and Dave Clark were in 2nd and 3rd place. The difference between the top six places was minimal and with match being run on a measure and return the advantage of the pollack, with their good average length, was apparent.

Day Two dawned and it was all to fish for as Alan and John put the pegs down at the opposite end of the “Hoe” from the previous day. Again the local experts went off with a bang and had a few fish recorded before some of us even got a bite. Reg Clough caught steadily throughout the day and landed a huge rockling of around 2½ pounds; a quality specimen which measured 46cms. This helped keep Reg ahead for day so that he finished the competition with a perfect score of two daily wins to secure first place overall. The changes in fortune elsewhere amongst participants resulted in a change in the top with the results as follows:

A blind pairs competition was run with Dave Clarke and Reg Clough being triumphant.

A cash pools competition was run for longest flat and round fish. As no flatfish were landed the pools went to second longest round. Winners of the pools on the first day were Jerry Knight and Brian Booker with Reg Clough and Alan Yates collecting the winnings from the second day.

Prizes were also awarded to the first three places overall consisting of a Ian Golds beach shelter, a travel rod and a large tackle box.

Apart from the drenching in the afternoon of day two, the competition went well and with good humour throughout. The social side of the competition was maintained in the true traditions of EFSA in the bar and on the fishing venue. 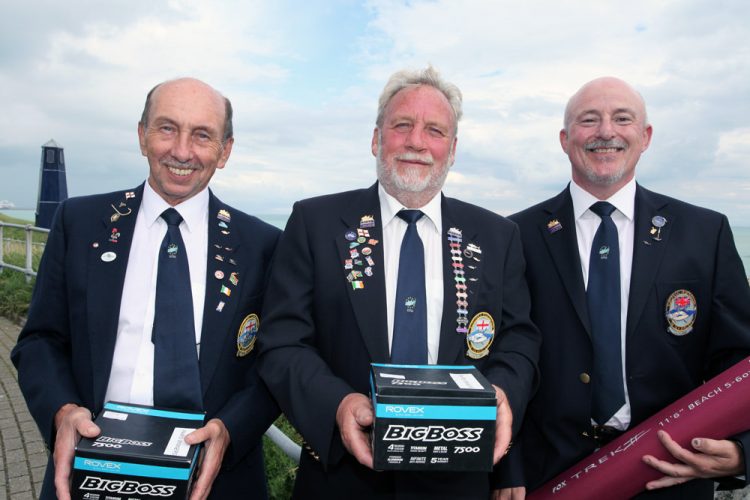