The annual Skegness Pier Angling Club (SPAC) Biggest Fish Rover (BFR) took place last Saturday 23rd November. The match times were from 12 till 6pm, with boundaries being the river at Gibraltar Point and the Dunes Theatre at Mablethorpe. So just over 20 miles of beach were available for anglers to hunt that elusive big fish!

The registration, weigh in and prize presentation were held at the Lakeside Leisure Complex, Trunch Lane, by kind permission of the owner, Mr John Cook. The simple format of the match was for anglers to bring their single heaviest fish back to the scales for weighing in, with the scales closing at 7pm.

There was another great turnout, with 14 of the “usual suspects”, along with the welcome attendance of first timers Jon Abbott from Peterborough and Peter Lee of Coast2Coast Livestream Sea Fishing Group, who made the long journey from Godalming to fish. So 16 anglers disappeared to their chosen hotspots, with some choosing to stay at Trunch Lane, which has a pretty good track record for larger fish. 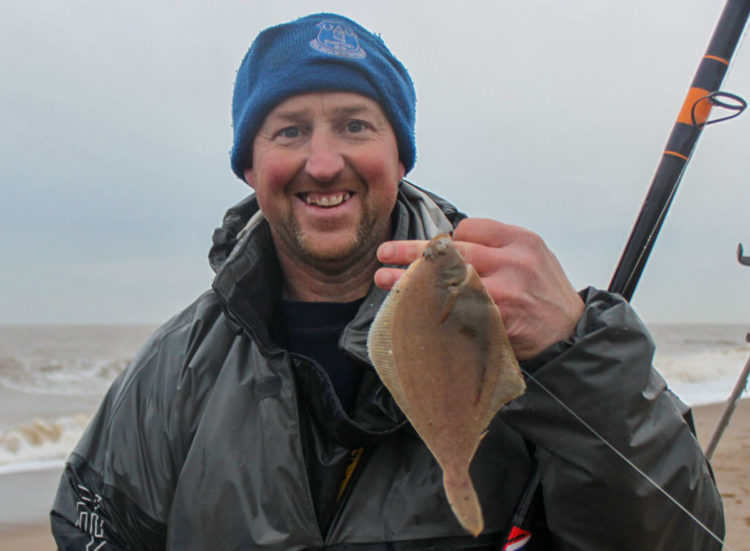 Match winner Adie Cooper caught plenty of fish, but nothing over the pound mark

Conditions were reasonable and there were plenty of fish about, with whiting and flatties keeping rods nodding for most of the match. Adie Cooper and Dylan Morgan both fished Winthorpe Avenue, with Adie catching almost 40 fish, but nothing of any great size. It was difficult to keep track of what everyone else was catching through the match, but shortly after 6pm, anglers started to trickle back into the café, all with their single heaviest whiting.

The sensitive digital kitchen scales were soon put into action, with all of the early whiting weighing between 11oz and 13oz. Then Adie arrived back from Winthorpe and placed the best whiting so far onto the scales, which took the digital display round to a shade over 15oz. Last year’s BFR winner Gordon Nelson then turned up with a nice whiting, which weighed just shy of the 15oz mark.

By 6:45pm, Adie was still in the driving seat, with just Skegness locals Alex Collingwood and Wayne Sumner still to weigh in. They had both fished the deep water mark at Ingoldmells Point, where Gordon caught the winning fish from last year, so it was a nervous wait for Adie. But when Wayne turned up with just a 12oz whiting and Alex did not bring a fish to the scales, it was the “hound magnet” who added the BFR to his ever increasing CV of SPAC match wins! 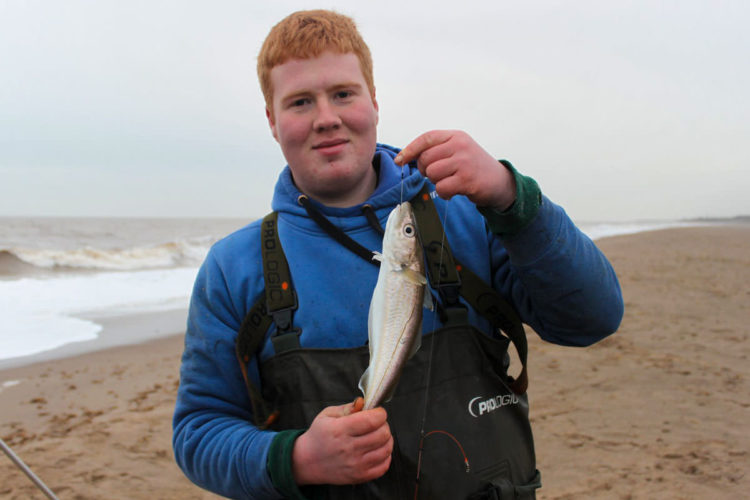 Dylan Morgan with one of his better sized whiting

So it was Adie who won the BFR and vindicated his tactics of fishing three hook clipped down rigs at peak distance, ringing the changes with a variety of different baits on the hooks. Interestingly, there were none of the big flounders caught that featured well in last year’s BFR, with the entire weigh in consisting of whiting on this occasion.

Did not weigh in – Jon Abbot, Alex Collingwood, Mark Lawson and Peter Lee.

A big “Thank You” goes to Adam Cook, who kindly kept Lakeside Leisure and Big Catch Tackle open for us, after working all day. He also made tea and coffee for everyone who wanted it and SPAC is very grateful for Lakeside Leisure’s ongoing support. 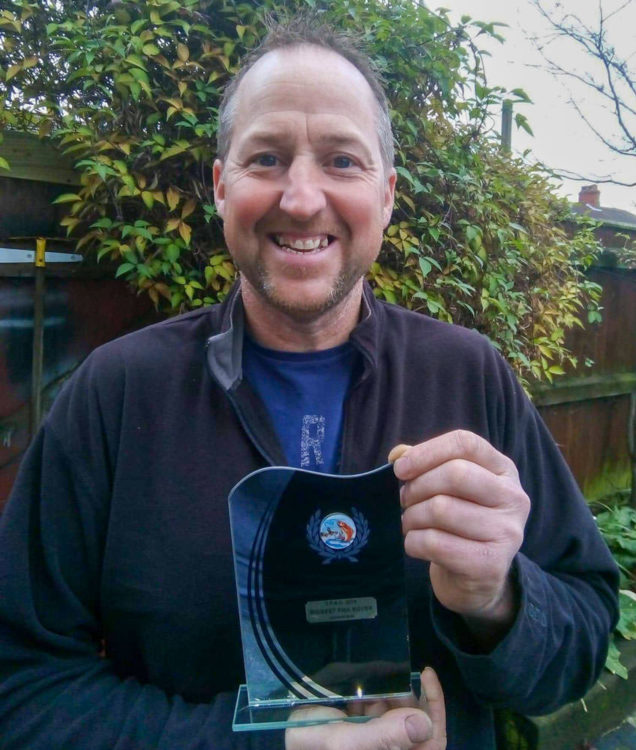 To the winner the spoils – Adie with the 2019 BFR trophy

The next SPAC open match will return to the measure and release format and will be held on Sunday 8th Dec from 1:30 till 5:30pm at Ingoldmells Point. We will be fishing a privately owned beach, with gated access, so please let me know in advance if you are coming along to fish on the day. Please pass on to those not on Facebook and please contact SPAC Secretary Chas Tibble on 07984 967988 or chastibble@hotmail.com for further details.

Mathew Gets His First Ray