We may not be seeing many cod showing on our part of the coast, but it seems the whiting have taken their place and filled that gap in the sea. This time of year is always a time for whiting to show, but this year is exceptional with whiting being caught in immense numbers from boat, beach and piers. They can be a bit of a problem when you are fishing for bigger species.

Herring and sprat shoals have also started to build in the Thames Estuary, but as we haven’t got any substantial cod stocks feeding on them, they really won’t be a problem. Previous years when the cod were in the estuary they would stop feeding on the bottom and head for mid water to be pre-occupied on the sprats and herrings.

Thornback ray a re still there to be caught although maybe not in the numbers we have seen to date. The commercial trawlers have started to fish for them again although market prices are pretty low and it looks like it will stay this way for the foreseeable future.

Paul Barry took his 5-year old grandson Oscar Barry fishing on the Coast Guard beaches towards the Naze, Oscar caught his first ever sea fish in the shape of a whiting, well done Oscar! 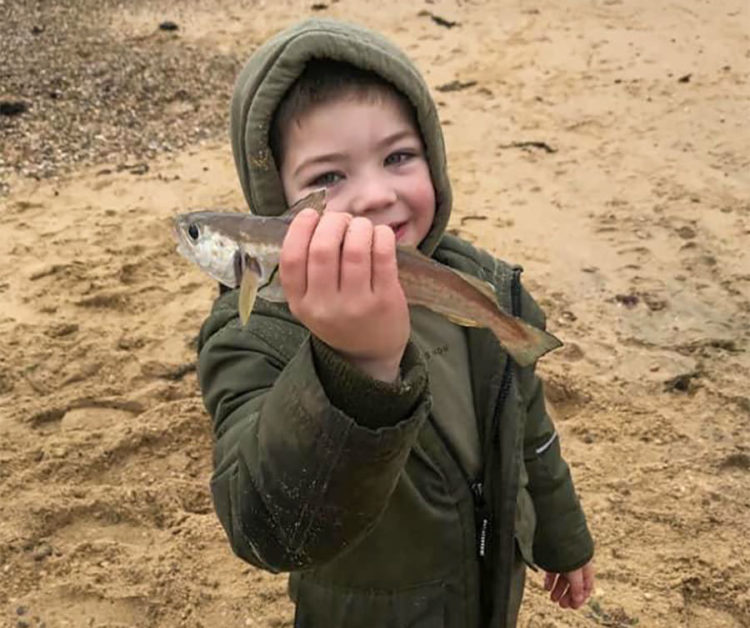 Colchester Sea Angling Club held their boat Cod Championships out of West Mersea on the charter boat Enterprise. The fishing was hectic from the off with plenty of fish caught, but alas no cod were reported. Whiting dominated the day with dogfish, pouting and rockling making up the rest of the catch. A great weight of 117lbs of fish were recorded and top boat angler was Chris Brown weighing in 22lb 8oz. Second place went to Kevin Willimott weighing in 22lb with Chris Mills third on 20lbs.

The beaches have had a reasonable week with a few thornback rays in the mix, but whiting have been in the forefront. Colchester Sea Angling Club headed for the Holland on Sea beaches for the 3rd leg of the Wass’s Tackle Challenge. 18 anglers fished on a calm day and with plenty of fish from the off, weights were always going to be good.

St Osyth beach has seen the odd thornback ray and school bass being caught and loads of whiting.

My trip this week was down to the golf course beaches at Frinton. I fished over high water and to be honest I couldn’t get through the vast whiting shoals and it was literally two fish on every cast within seconds of the bait touching the water!

Walton Sea Angling Club fished the local pier for their mid-week evening match; they fished an ebb tide in a strong wind, once again the whiting were in force along with the odd pouting and dogfish. 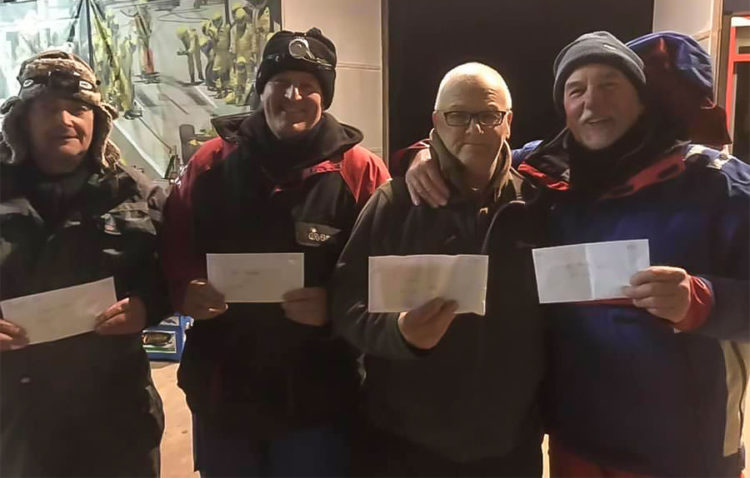 Calm weather has seen the start of the dabs on Walton Pier and they should be with us well into the New Year, a few thornback ray have also been reported along with the odd codling.

Young Troy Gets His Fish