Match 22 at Chapel Point resulted in even better catches, with another top Grimsby angler Adie Cooper dominating this time, winning the Shipstone Cup with 28 whiting for 884cm. He also won the longest round fish prize with his best whiting, which hit the measure at 40cm (1lb 2oz). Over a metre behind in second place was another top Grimsby angler Dan Jackson, with 21 whiting, 2 flounders and a dab measuring 702cm. Alan Steadman framed again in third place with a 22 fish mixed bag for 667cm. Fred Donner & Adrian Marklew made it a family affair again, by sharing the longest flatfish prize with a 30cm (12oz) flounder apiece! 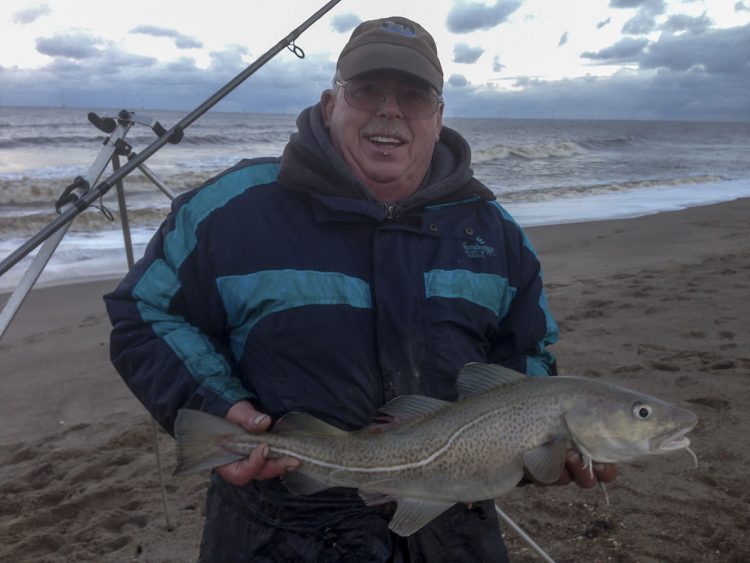 Match 23 was held at one of the best fishing beaches in the area, behind the Lakeside Leisure complex at Trunch Lane. Despite rough conditions and a strong tide pull, the venue lived up to expectations, with Croxton’s Dave Burr winning the A Smith Cup with 13 fish for 424cm. Not content with also winning the longest flatfish prize with a 27cm dab, he won the longest round fish prize with a superb 65cm (6lb 5oz) cod, which is now front runner for the SPAC Fish of the Month award. Kind hearted Dave returned the cod to the sea to fight another day, then two casts later caught a specimen 45cm (1lb 7oz) whiting, which was also released after measuring. Kettering’s “angler not a dangler” Bob Foster came in second with an 11 fish mixed bag for 309cm and Fred Donner was in amongst the prizes again, taking third place with 10 fish for 222cm. 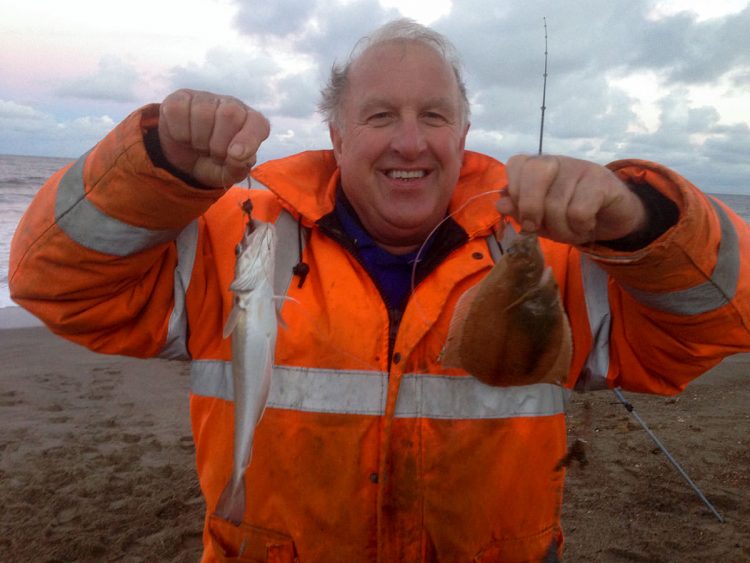 The appearance of cod from local shores bodes well for the next SPAC match, the popular Biggest Fish Rover, which will be held on Saturday 12th Dec from 2:30 till 8:30pm between Mablethorpe and Gibraltar Point. This match is open to all, with entrants weighing in their single biggest fish only. Match HQ is the Lakeside Leisure complex on Trunch Lane. For further information please contact SPAC Secretary Chas Tibble on 07984 967988 or chastibble@hotmail.com