Shore fishing has been relatively poor of late with cod few and far between, even from the normally productive rock edge marks and the lower Tyne, although some anglers fishing a night time session have managed to pick up a few sizeable specimens. Whiting have dominated catches all along the north east shoreline; with settled conditions night time is always going to be more productive. Daylight catches anywhere south of Seaham along the Durham beaches and into Hartlepool have been very poor with only the odd better dab or flounder to be taken. The lower rivers have generally been the more reliable venues even if most fish are small, but recent floodwater has made fishing difficult on a lot of tides. A very welcome period of northerly winds is forecast for the weekend so by the time you read this; shore sport should have improved a lot with big tides bringing the fish back inshore.

A recent Tynemouth match saw a few better coalfish amongst the whiting in the lower Tyne. Tony Anderson won with 14 whiting for a total of 8lb 11oz, Tony Taylor had 13 whiting weighing 8lb 2oz, Frank Oldham had 12 whiting for 6 – 09lb, and the heaviest fish fell to John Storey with a coalie of 1lb.

The Seaton Sluice Open, fished in calm conditions, saw 61 out of the 170 anglers weigh in with most of the bigger fish coming from the heavy ground rock edge marks. Geoff King won with three cod weighing 12lb 13oz taken at Cambois, M. Gibson fished at Dunstanburgh Castle to land a four cod bag of 12lb 2oz and Lee Burton had the heaviest fish, a cod of 7lb 15oz. Top junior R. Smailes had two cod totalling 7¼lb, and the best flatfish prize went to Jamie Davidson for a flounder of 1lb 7oz. 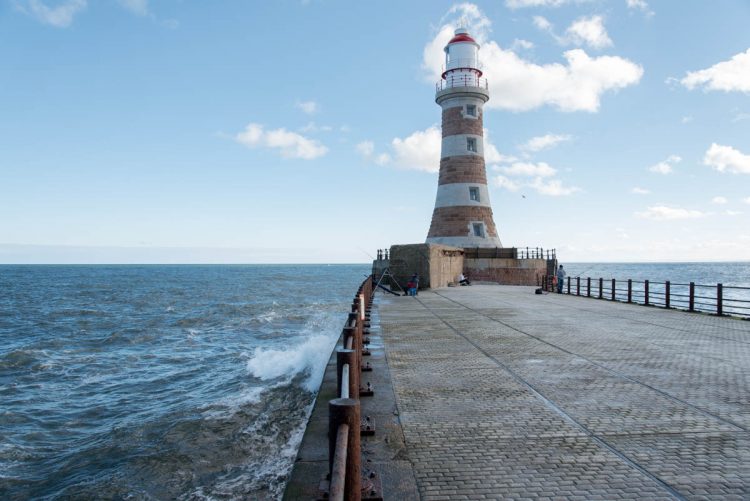 The Ryhope club match on Sunday caught the sea just right with lots of whiting on the piers and cod from the beaches and rock ledge marks. Consistent junior angler Matthew Win was the best of the 48 fishing, weighing in 12 whiting for 3.91kg taken from Rathouse Corner. Tommy Tate had 10 whiting weighing 3.30kg, Wayne Callaghan had two cod for a total of 2.97kg, including the heaviest fish of 2.57kg, from Ryhope, and the best flatfish went to Geordie Crawford with a flounder of 0.64kg. On the same day John Dunlop fishing at the Falls had seven cod all around the 2lb to 3lb mark.

The Whitley Bay Night Open was fished in rather poor conditions but a few better cod did manage to show under cover of darkness, though only 20 anglers managed to weigh in. Alan Wod fished the reliable Rocky Island to win with three cod for 9lb 10oz, including the heaviest fish at 5lb 10oz. Mick Small had five fish totalling 8lb 11oz, Derek Wood had four for 7lb 14oz, and Mitch Dow had two weighing 7lb 2oz.

Boat anglers have been getting quite few fish, sometimes just a few hundred metres offshore, particularly using the largely neglected uptiding technique which is proving to be very effective. In the current Whitby Uptiding Festival the best cod so far is one of 11½lb taken by Karoly Szabo aboard Sea Otter 2, and the best bag is a 43 cod haul of 68lb 1oz taken by Perry Franklin on the Trot On. Nearer to home, the Sapphire out of Sunderland which specialises in uptiding, taking just a few anglers out each trip, has also seen some good results taking up to 80 cod per session, best around the 8lb mark just offshore from Roker. Darren Briggs fishing on the Samson 2 out of Sunderland had 12 cod to 14lb fishing in just twenty feet of water. A cod of 17lb was landed by the Beverley Ann fishing just 500 metres off from South Shields pier.

The Sunderland Shore Angling Festival is on Sunday November 29th with fishing from 2pm until 6pm between South Shields pier, (in bounds only if the pier gates are open, and you must leave if instructed to by the pier watchman), and Seaham North pier, (not included). You may fish the Wear as far up as the Queen Alexandra Bridge in public areas only. Selected tackle shops will have tickets, register on the day at the Welcome Tavern, High Street, East End (next to Dock Gates). Basic entry is £12 plus pools and team events etc. Juniors are free but must be accompanied by a paying adult. Top prizes are £500, £300, and £200 for the heaviest fish, a percentage of the entry fee will be paid out for the heaviest bags and there is an excellent supporting prize table worth £6000.