The much-anticipated smoothounds were again conspicuous by their absence in the latest Skegness Pier Angling Club (SPAC) match held at Trunch Lane. Although SPAC anglers have caught some decent hounds in pleasure sessions, none showed up during the match, with ever-reliable flounders and some nice bass deciding the result. Barton on Humber angler Brett Bartram only caught three fish, but one of those was a specimen 5lb bass, which won him the heaviest round fish prize. He also caught a couple of fat flounders, which won him the Festival Trophy with a total weight of 6lb 14oz.

Just one fish behind in second place was Stafford’s Dave Shorthouse, who beached a bass and seven flounders for 6lb 2oz. There was a tie for third place, with Grimsby ace Karl Nangle and Skegness local Dave Bradley both weighing in 3lb 8oz. However, it was Karl who picked up the prize under fish count-back, with his bass and three flounders beating Dave’s two bass. SPAC stalwart Mo Fendyke only caught one fish, but his 1lb 3oz flounder was just good enough to take the heaviest flatfish award from a number of smaller samples. 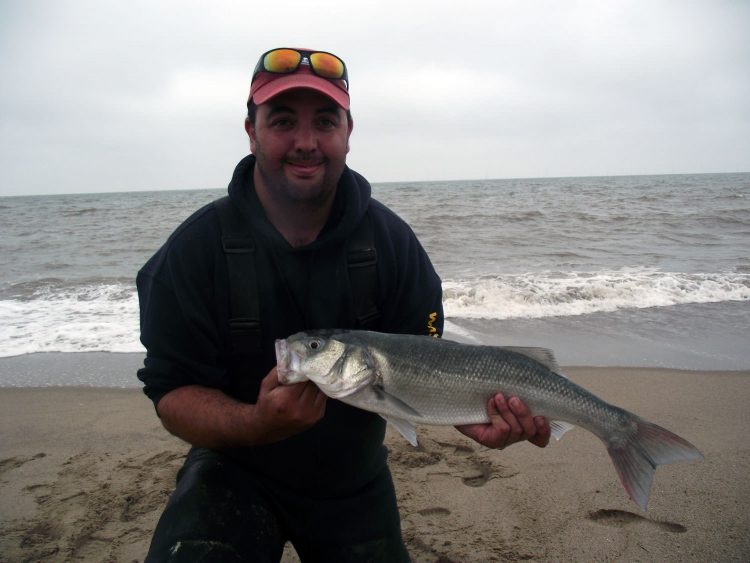 The next SPAC match will be held on Sunday 4th Aug from 3 until 7pm at Drake Road with SPAC members fishing for the RNLI and Carnival Trophies. There is also an open section, which non-members are welcome to participate. For further information please contact SPAC Secretary Chas Tibble on 07984 967988 or chastibble@hotmail.com