Another top Grimsby angler won Match 17 from Wolla Bank, as Karl Nangle took first place with two hounds and a nice flounder for 203cm. Alan Steadman caught another large hound which hit the measure at 115cm, to take second place and also won the longest round fish prize for the second match on the trot. Stafford’s Dave Shorthouse came in third with an 87cm hound and Skegness local Dave Bradley won the heaviest flatfish prize with a 31cm flounder. 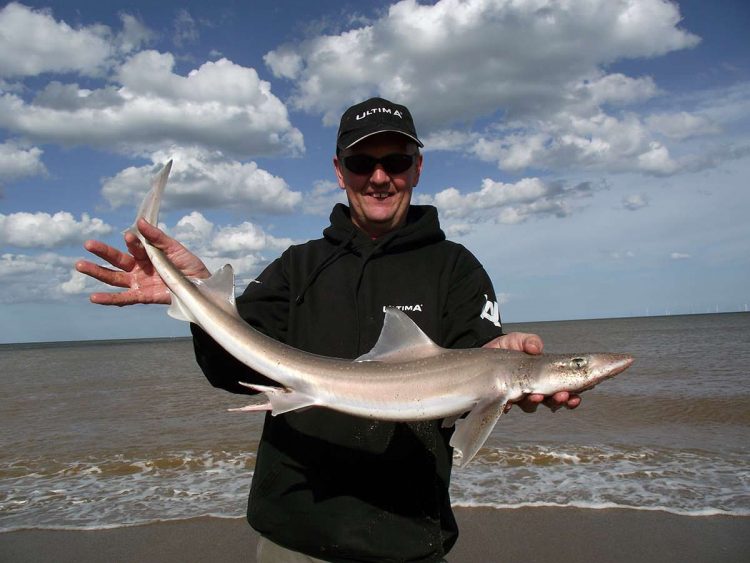 Match 18 from Trunch Lane included the annual Mixed Pairs event and the four ladies that participated, all caught fish. Alan Steadman is making up for a slow start to the season, catching four hounds and two flounders to run out easy winner with 425cm. He is making a habit of catching double figure hounds, winning the longest round fish prize again, with a 110cm specimen. Dave Burr took second place on this occasion, with a nice hound and six flounders for 275cm. He also won the longest flatfish prize with a decent 36cm (1lb 3oz) flounder. Corby’s Paul Marshall came in third with a hound and five flatties for 240cm. His daughter Kellie fished superbly to catch three flounders and a specimen silver eel for 127cm, taking a creditable sixth place in the match and teaming up with her dad to win the Mixed Pairs trophies. 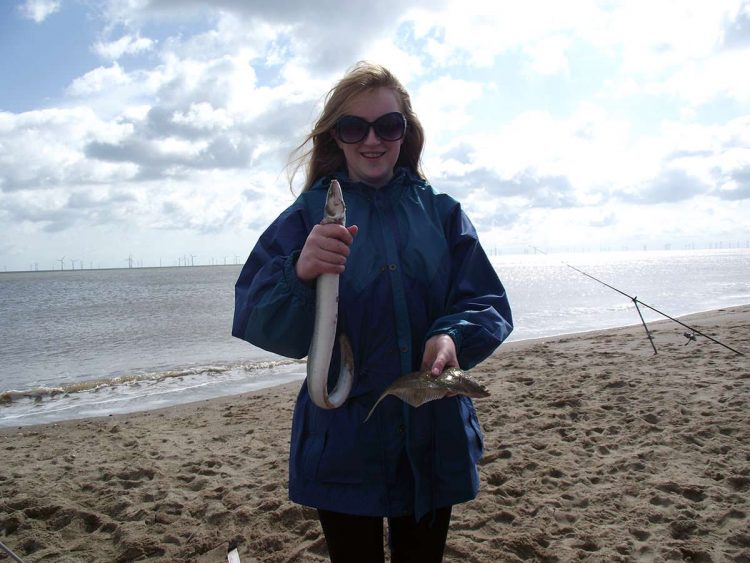 Alan Steadman made it two on the trot, with another win in Match 19 at Drake Road. No hounds on this occasion, but two silver eels and a dab for 128cm were more than enough for Alan to win the Ron Scott trophy. He also won the longest round fish prize for an amazing fourth match in succession with his best silver eel, which at 58cm (1lb 1oz) is the new leader for the annual Silver Eel Cup. Dave Burr surprised everyone by catching an un-seasonal small cod, which along with a small weever gave him second place with 53cm. Kettering’s Jim Robinson took third place and the longest flatfish prize, with a 32cm sole.

The next SPAC match will be held on Saturday 6th Sep from 2 till 6pm at North Shore Road, with SPAC members fishing for the Sheffield Cup. There is also an open section, which non-members are welcome to participate in. The SPAC annual casting competition for members only has been scheduled for Sunday 31st August from Bircham Newton, with a reserve date in September. For further information on SPAC activities, please contact Secretary Chas Tibble on 07984 967988 or chastibble@hotmail.com

Sucess for Iain at Clyde and West Open Shore Event