Summer species have started to show from local beaches, resulting in good catches for Skegness Pier Angling Club (SPAC) members. Croxton’s Dave Burr has been in scintillating form of late, winning the Derby Miners Cup in match seven at Winthorpe Avenue, with a ten fish mixed bag measuring 275cm. Included in his catch was a nice 54cm (3lb 5oz) cod, which is currently leading the April SPAC fish of the month competition. Not far behind in second place was Corby’s Paul Marshall, with a similar nine fish mixed bag of flatfish and whiting for 238cm. Lesser spotted dogfish (LSD) have featured prominently in recent catches and Paul won the longest round fish prize, with a 63cm LSD. Filling the frame in third place was Kettering’s Bob Foster, whose two flounders, a dab and a whiting measured 108cm. He also won the longest flatfish prize with his best flounder, which hit the measure at 35cm (1lb 2oz). 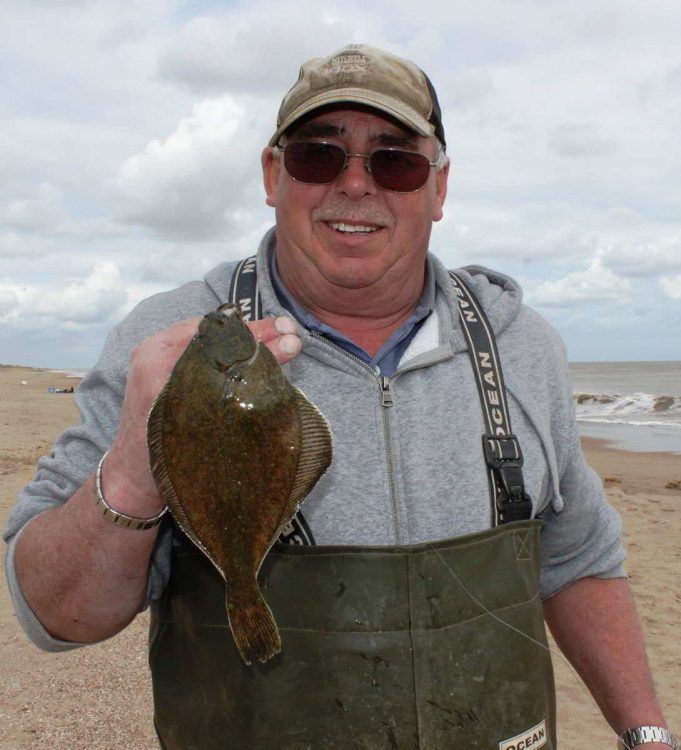 It was that man Dave Burr again in match eight at Chapel Six Marsh, winning the Hewison Cup with five flatties and two LSD, measuring 245cm in total. It was a close call however, as he needed a last cast 34cm (1lb 1oz) flounder to secure the win. Dave also won the longest flatfish prize with that valuable flattie! Lincoln’s Neil Jackson had been in the lead for most of the match, but had to settle for second place, with a seven fish mixed bag for 222cm. Wrangle’s Alan Steadman came in third with four fish for 145cm. New member Paul Denholm fished really well in his first ever SPAC match, taking fourth place with 136cm and also winning the longest round fish prize with a specimen 67cm LSD. In total, there were 6 LSD caught, along with a surprise 40cm thornback ray. Thornbacks have been making a welcome comeback in recent times, due to an easing of commercial pressure on the species.
Things are looking really good for the SPAC annual Species Hunt match, which is open to all and will be held on Sunday 10 May from 9am till 1pm at Trunch Lane (PE24 5TU). For further information please contact SPAC Secretary Chas Tibble on 07984 967988 or chastibble@hotmail.com