The latest Skegness Pier Angling Club (SPAC) match was scheduled to be held yesterday evening from 3 till 7pm at Trunch Lane, with expectations high for good catches from the productive venue. Unfortunately however, the Environment Agency were found to be carrying out beach nourishment work at the venue and had closed the beach off; so in consideration of possible parking problems further south, it was decided to move the match north to Chapel Six Marshes.

The match was the annual SPAC Species Hunt, with 10 points awarded for each different species caught, then a further 1 point awarded for each further fish of the same species. Any ties would be decided by number of fish, then if still tied, by total length caught. 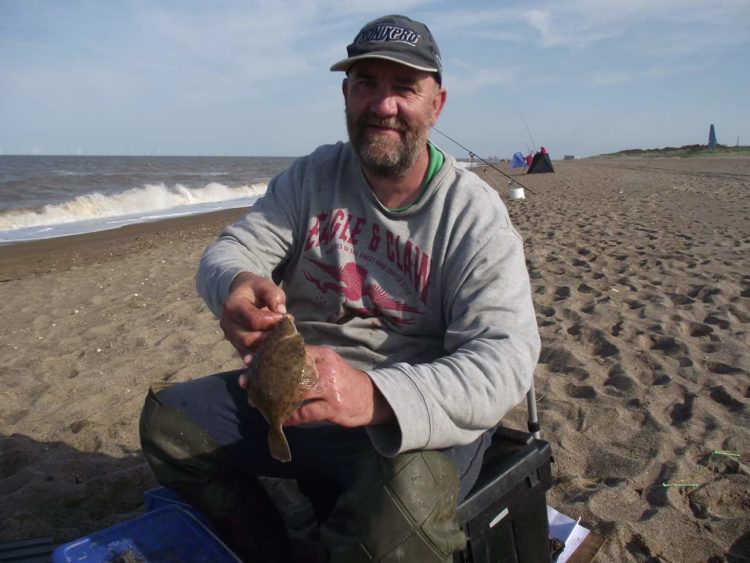 Species hunt winner Paul Marshall with one if his flounders

Conditions were not particularly good, with a NE wind and moderately rough sea; but it was expected that the bread and butter species of flounders and bass would be caught, then it would be down to the anglers to come up with something different. I am pleased to report that we had our best match turnout for many a day, with 20 anglers from far and wide paying their entry fees, then choosing their favourite spots on the beach.

Similar to the previous match, it was slow going to start with, although new member Mike Nicholson had a schoolie bass on his first cast. Then Grimsby ace Karl Nangle pulled in a small flounder, so at least the anticipated species were about. Alan Steadman was being filmed by a cameraman for a promotional video and duly obliged by catching a specimen 61cm silver eel, which was the immediate front runner for the longest round fish prize. Then Alan caught a nice dab and took the lead with two species.

Along the beach there was just a smattering of fish being caught, with the odd bass and flounder coming ashore. Then Gary Collins caught a 49cm silver eel, to put a big smile on his face! A change of tactics resulted in immediate success for Gordon Hewitt, with a double shot of flounders. But unfortunately the larger one dropped off in the surf and despite Gordon’s best John Travolta impression, his dainty footwork was not enough to stop the flounder escaping! Paul Marshall had a bass and a flounder to catch up with Alan; but word came along the beach that Karl was steadily catching flounders and had also caught a small turbot, so it all came down to who could catch the vital third species. 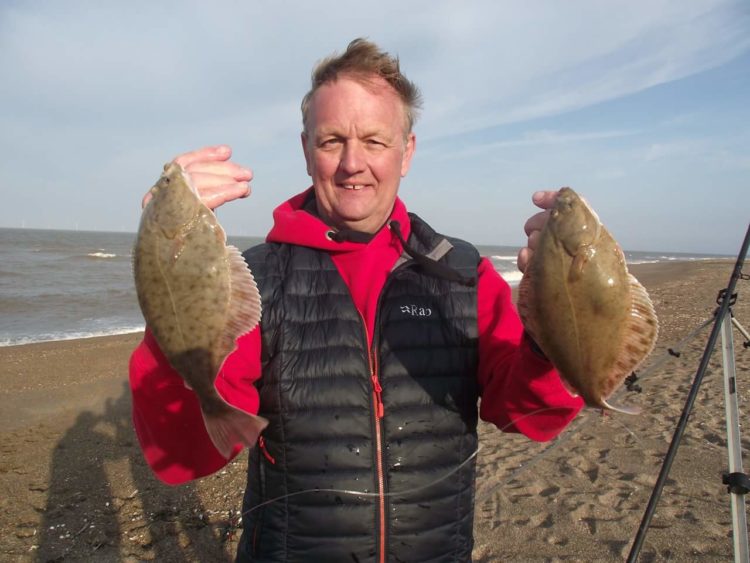 Going into the last half hour, Alan caught a flounder then Paul caught a dab, putting them both on three species, but with Paul having 4 fish to Alan’s 3. Karl was still catching flounders, ending up with a nice double shot on his last cast; but it wasn’t enough to stop Paul winning the Species Hunt Trophy, with 4 fish for 31 points. Just one point behind in second place was Alan, with 3 fish for 30 points. Alan also won the longest round fish prize with his silver eel. Filling the frame in third place was Karl Nangle, with 9 fish for 27 points. He also won the longest flatfish prize with his best flounder, that hit the measure at 34cm.

Next SPAC match will be held on Sunday 10th Jun from 12 till 4pm at Trunch Lane. Please pass on to those not on Facebook and please contact SPAC Secretary Chas Tibble on 07984 967988 or chastibble@hotmail.com for further details.

Sting In The Tail For Essex Sea Anglers