Tides after dark are throwing up loads of fish on the wall. We have had had another big run of small school bass this week with some anglers catching good numbers per tide. Black lugworm and ragworm are the most affective for these species. The anglers fishing with crab have been rewarded with some nice smoothhound from both boat and shore. 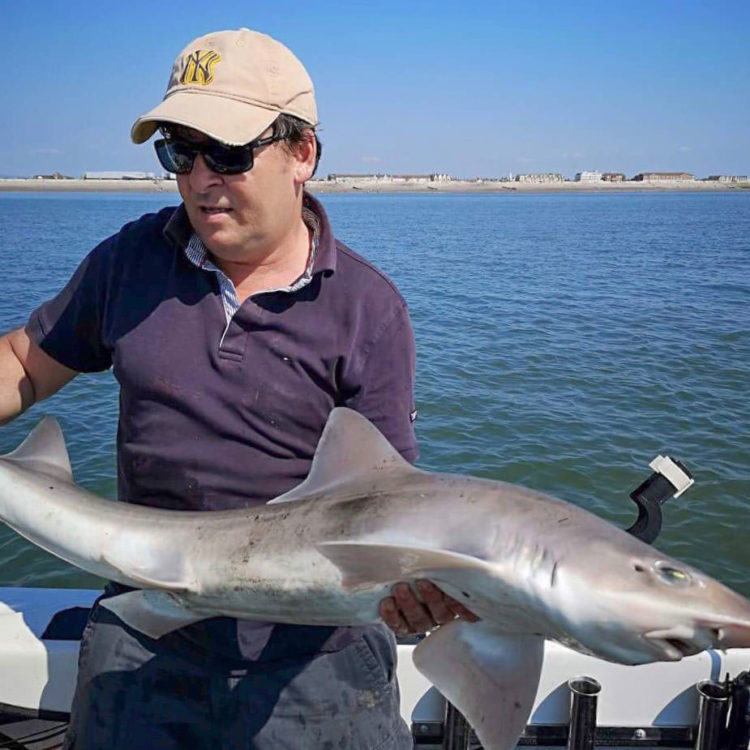 As the sea starts to clear over the next couple of weeks there should be some mackerel showing and more smoothhound.

Steve Walker resisted the temptation to fish a flapper on one rod and stuck it out with pulley rigs, crab on one and squid / mackerel cocktail on the other. The session produced a couple of whiting, two little hounds and Steve’s first (tiny) tope.

Rik Chippendale fished Cleveleys where he had three smoothhound pups, two bass and seven whiting. Rik also lost a massive flounder as it fell off as he lifted it. Crab from Jordan Russell fished well as well as the big lug worm and squid cocktail.

Stephen Lavelle enjoyed a great session with two mates who are new to sea angling. Using crab and lug they fished two hours up the tide and two down. The lads had six hounds to around 10lb together with two bass, a turbot and countless whiting. 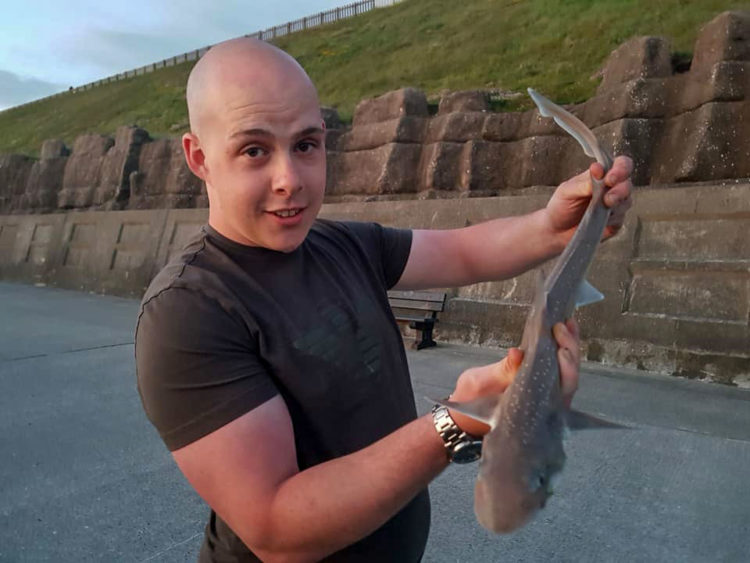 Stephen Lavelle with a hound

A trip to 5-Bar Gate for Christopher Russon produced a couple of hounds, one of which was a decent size.

After misreading the tide time and then getting stuck on the motorway Anthony Ellison fished one up and two down at the back of the school. He had four bass and plenty of bites up until the last hour when the sport died off. All fish caught on lug and rag from Jordan Russell and all fish returned to fight another day.

Ian Mackenzie a trip to Anchorsholme where he started off with a small bass within 30 seconds of my first chuck on fresh crab. He then didn’t have another bite until tide was up and he started to catch smoothies and a small tope. The fishing slowed down again until the tide was on its way out and was still catching when the sand bank in front of him was showing. Ian home tired at midnight after landing the bass, seven smoothhounds, a doggie and the very small tope, only eight inches long. All the fish took fresh crab or squid.

Kristian Leslie headed to the Gynn Wall with Colin Blackburn where hounds were the target. It wasn’t looking great at the start lashing it down with rain for a while. Fishing got off to a slow start but picked up steadily as darkness fell. Colin ended up with two hounds and Kristian finished up with six species and 12 fish in total. Three hounds, four whiting, three flounder and a bass. The pair missed a good few bites between them as well. Half the catch fell to crab and the others to worm. 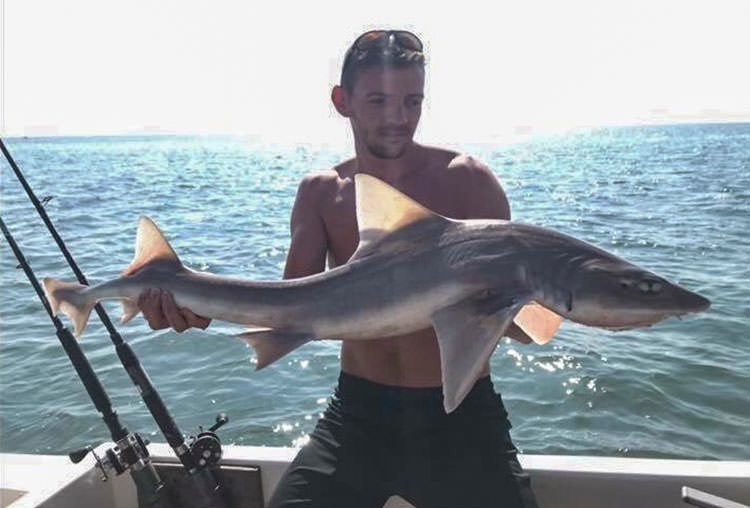 Fleetwood and District Angling Club fished their latest match at 5-Bar Gate last Sunday. It was always going to be difficult fishing given the easterly winds for the last week, the daylight fishing has been progressively worse. Today eighteen fished and only five caught fish. Most fish caught were small bass. Worm fished better than crab.

Most rods this morning were motionless, but I guess the darkness will produce better.