Last night’s Norfolk Angling Club pairs match at Kelling was eagerly anticipated, judging by the number of anglers responding to the Facebook invite. In total 20 anglers responded to the invite, great to see the return of Paul Grothier fishing for the first time with the NAC in a few months, years? Hopefully, Kelling would wipe out the memory of Walcott’s nine fish catch. The draw was made at the beach car park with 10 paired pegs and the big question was who would pair with who.

Kelling had been a successful pairs venue previously, so with an incoming tide, light wind and mild, it was match on.

We kicked off at 6:45pm, fishing for 18+cm, and immediately the bites came with a few dabs and Bass picked up on the first chuck. As the tide continued to rise more and more dabs were caught. In total 235 fish carded, of which 215 were dabs, 12 bass, the remainder being made up of flounder, pout, and a solitary eel. 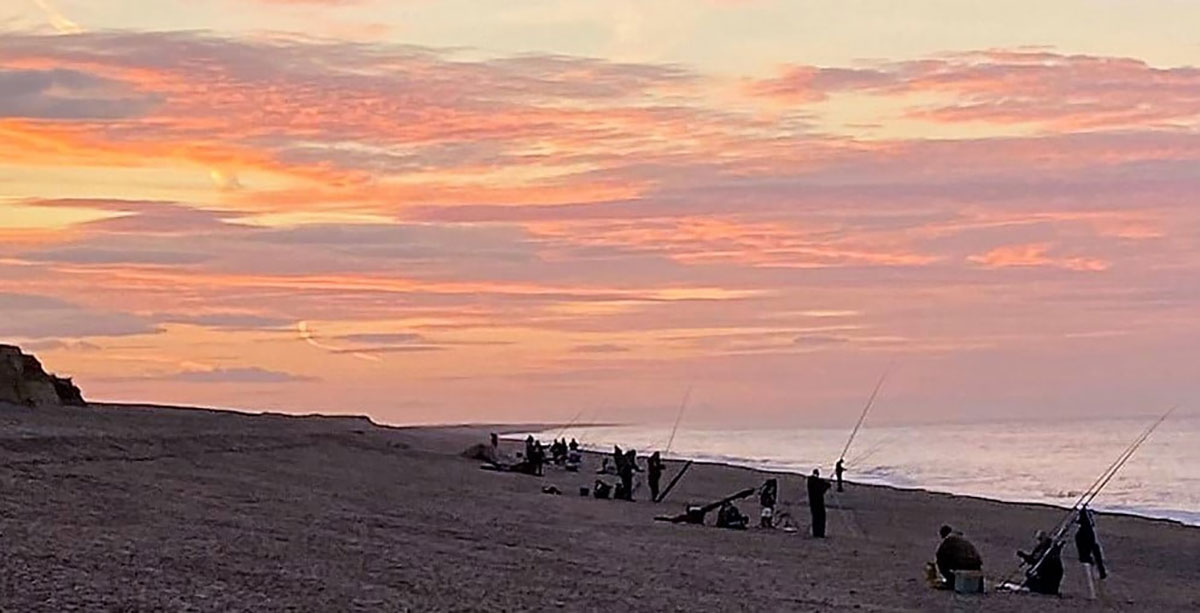 Roger Cunningtons’s photo of the anglers lined up

Individually the biggest flatfish went to Russell Taylor for a 31cm dab from peg 6, the biggest round fish was a 41cm bass which fell to Neil Haynes on peg 7. It was competitive all through the night with a tussle between Peg 6 (Russell & Pete) and Peg 9 (Nathan and John S) with the winners of the match, by a mere 1 weight point or 1/16oz but three more fish, coming from the boys on Peg 6.

No blanks, well done all. 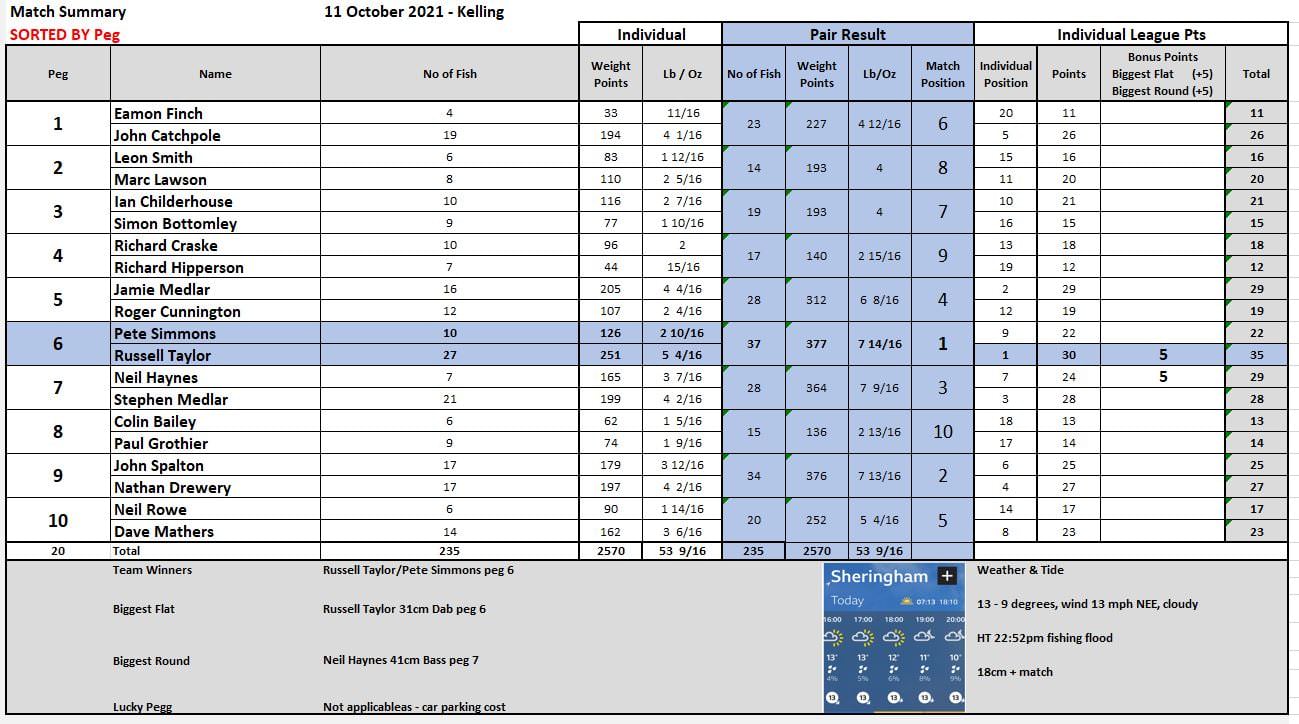