Skegness Pier Angling Club (SPAC) members have been experiencing some great fishing in recent matches from local beaches, with the last of the summer species hanging on and the winter species arriving in force. In Match 19 held at Winthorpe Avenue, top Grimsby angler Garry Hutson ran out easy winner of the Ron Scott Trophy, catching eight dabs, five whiting and two weevers measuring 361cm in total. He also won the longest round fish prize with his best whiting, which hit the measure at 34cm. Some way behind in second place came Wrangle’s Alan Steadman, with a similar 12 fish mixed bag for 286cm. He paired up with his daughter Paula Cridland to win the integral Mixed Pairs event with three points and to make a good day complete, also won the longest flatfish prize with a 33cm (1lb) flounder. Grimsby ace Adie Cooper came in third with an eight fish mixed bag of whiting and dabs for 169cm. 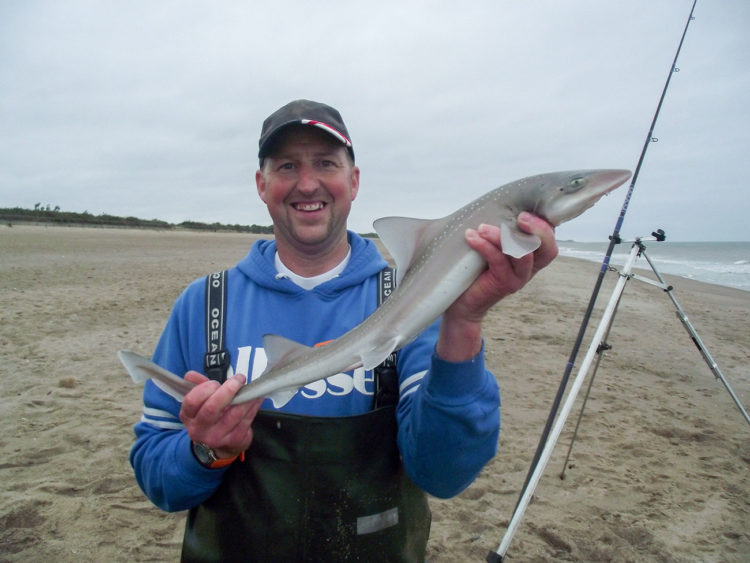 Match 20 winner Adie Cooper with one of his hounds

Match 20 held at Trunch Lane, turned into a masterclass of match fishing by Adie Cooper. Using peeler crab at peak distance, he caught 12 smoothhounds for an amazing 836cm, to win the Beachcomber Trophy. He also won the longest round fish prize with his longest hound, measuring 90cm (5lb 12oz). Records show, that this is the latest that smoothies have ever been caught in a SPAC match. Miles behind Adie in second place came Grimsby’s Ian Nelson, with five dabs and three weevers for 164cm. Long term SPAC member Bob Foster filled the frame in third place, with three flounders and two weevers for 105cm. He also won the longest flatfish prize with his best flounder, measuring 33cm. 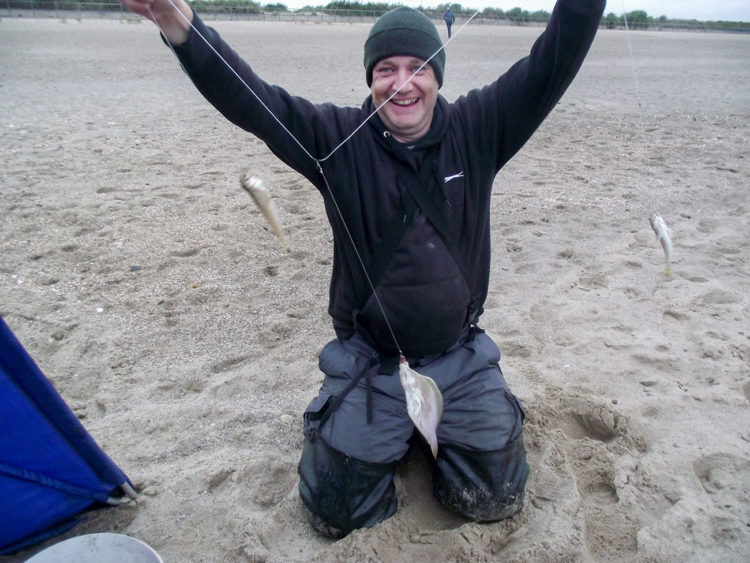 Ian Nelson with a dab and weever triple shot

Match 21 at Bohemia Point, saw Adie Cooper win his second SPAC match on the trot, adding the Dutton Cup to his impressive match CV, with 24 whiting and eight dabs measuring 929cm in total. But he didn’t have it all his own way this time, with Alan Steadman just one fish behind in second place, catching 29 whiting and two flounders for 904cm. Despite his original match card blowing away into the sea, Grimsby’s Dan Jackson managed to take third place with 25 whiting and seven dabs measuring 894cm. He also shared the longest flatfish prize with Adie, both catching 28cm dabs. Up and coming junior angler Dylan Morgan, won the longest round fish prize with a last cast 62cm lesser spotted dogfish. 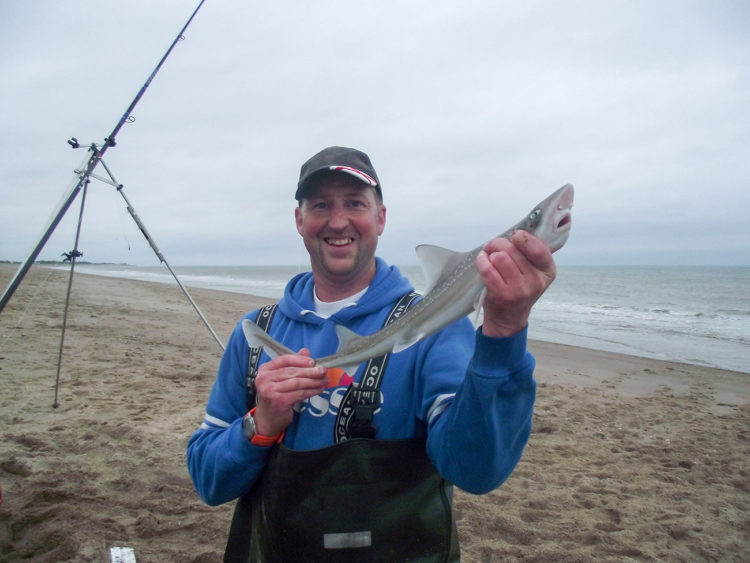 Adie again with another of his hounds

The next SPAC match will be held on Sunday 12th November at North Shore Road, with Club members fishing for the Shipstone Cup. There is also an open section, which non-members are welcome to participate in. All to note that that the match times have been changed to 11:15am until 3:15pm, to enable the national two minutes silence to be observed at 11am on Remembrance Sunday. For further information please contact SPAC Secretary Chas Tibble on 07984 967988 or chastibble@hotmail.com