What strange times we are in on our coast, whether it is global warming or just a localised trend, our Summer species really don’t want to disappear. Even though we are into November the thornback ray, bass and even the odd smooth-hound from the boats and sole are being caught on the night tides from the beach.

Cod are still very much at a premium and to be honest we will be very lucky to see anything of note this year. The reason being commercial over fishing in the 1960s, 70s and 80s has now come back to hit us very hard. Our Thames Estuary breeding stock has all but disappeared and it will take many years for any significant change.

Only a few small codling to report on this week and most have been caught from the beaches and piers.

The beaches have had a reasonable week. I had a trip to the St Osyth beaches to fish an early morning ebb tide and it was a bite a cast from whiting and dabs, sometimes landing two a cast. As the tide eased I landed a couple of dogfish; a pretty hectic few hours. 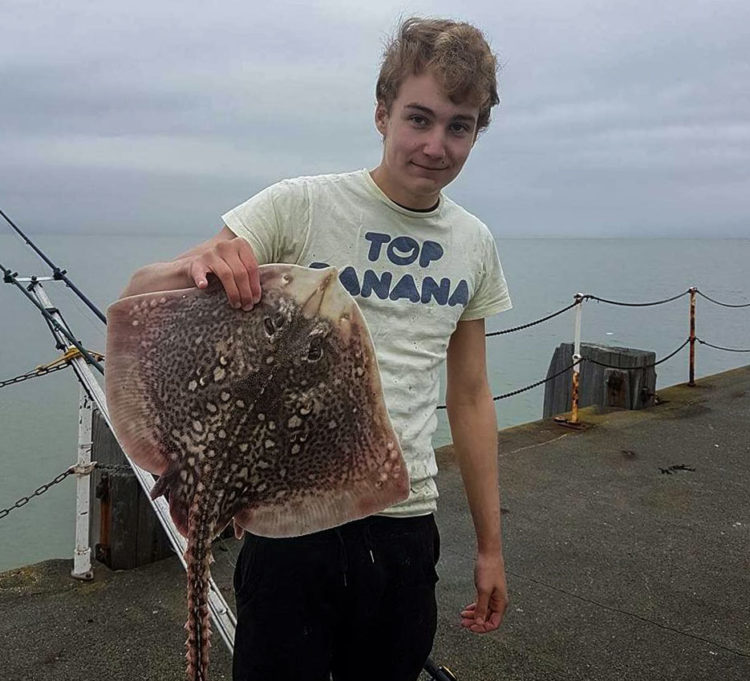 Clacton Pier has had a very good week with plenty of thornback ray caught plus a red gurnard weighing in at a hefty 3lb 8oz. Whiting and dogfish are also showing well with bass still being caught from on or around the pier piles with the heaviest weighing in at 3lbs.

Local angler Matt Clark fished the Clacton beaches and reported plenty of whiting, and he did catch five small codling plus a thornback ray.

The Holland beaches have also rallied this week with rays returning on the smaller tides. Squid is still the best bait by far. Dabs are also showing in the calmer seas and small fish baits such as herring and mackerel strips are well worth using.

Colchester Sea Angling Club headed for the Walton beaches for the last round of their Colchester Bait and Tackle matches. 15 anglers fished a flood tide and for most there were plenty of fish. Whiting and dabs made up the majority of the catch.

All six rounds have now been fished with the overall placings as follows: 1st Steve Yallop who retains the trophy for the second year, 2nd Mark Sessions and 3rd Phil Buy. Many thanks to Kevan Martin from Colchester Bait and Tackle for sponsoring this league.

Walton Pier has really come into its own this week with plenty of whiting to be caught, thornback rays are still being caught from the top of the pier and also a few from the sides as well. Dogfish are showing after dark. Those Summer sole are still there to be caught although with frosts in the forecast they probably won’t be there for too much longer.