With just over an hour to go in the latest Skegness Pier Angling Club (SPAC) match held at Drake Road, Skegness, catches had been poor, with no sign of what was to come. Then a shoal of large smoothounds turned up to feed on the local crab population and mayhem ensued, with numerous anglers experiencing savage bites from these hard fighting members of the shark family. Croxton’s Dave Burr coped best with the unexpected bonanza, managing to hook and land four of the voracious feeders weighing in at 36lb 13oz, which is the best SPAC match weight for many a day. 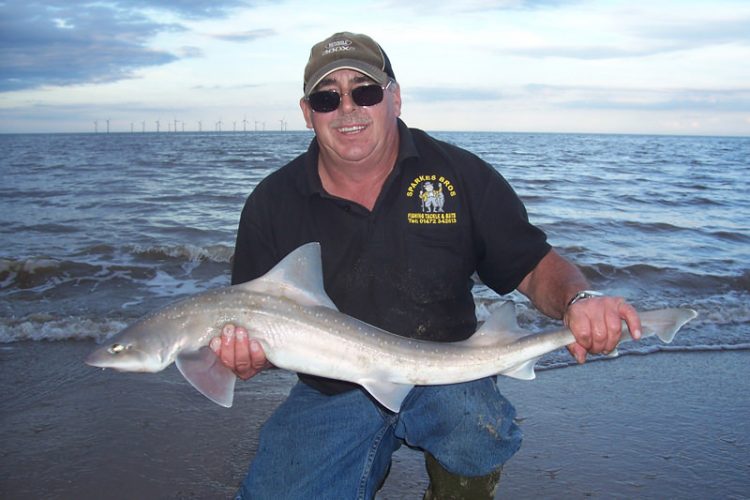 Wrangle’s Alan Steadman would normally have expected to win the match with his two hounds for 20lb 11oz, but had to settle for second place. Kettering’s Jim Robinson also had a couple of nice hounds, filling the frame in third place with 15lb 15oz. There were five double-figure hounds caught on the day, with others lost and the SPAC Fish of the Month award changed hands with each larger fish, eventually resting with Alan Steadman, for a last cast 12lb hound. Alan teamed up with Jessica Thomas to also win the Mixed Pairs event, with Wrangle based husband and wife team Paul and Paula Cridland close behind in second place. Smoothounds do not count for the heaviest round fish prize, so Corby’s Paul Marshall was the grateful recipient, with a tiny ½oz weever. Paul also took the heaviest flatfish award, with a slightly bigger 2oz flounder!

The next SPAC match will be held on Sunday 5th September from 2 till 6pm at Chapel Six Marsh, with Club members fishing for the Sheffield Cup. There is also an open section, which non-members are welcome to participate in. For further information contact SPAC Secretary Chas Tibble on 07984 967988 or chastibble@hotmail.com