I absolutely love this time of year for fishing, the biggest problem for us is that it is our busiest time of year work wise and this limits the fishing time available. 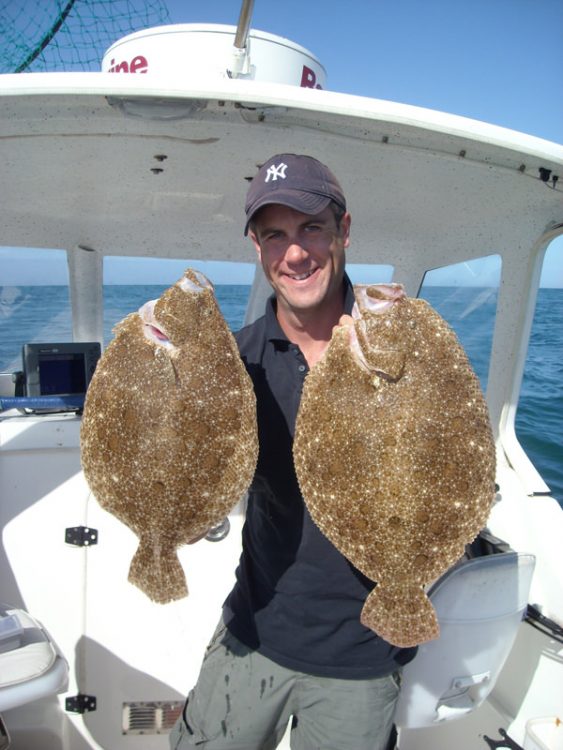 Boat sport is simply terrific; I keep repeating what a fantastic year it has been for turbot but we’re still getting a good supply of the big flatties on the banks with fish to double figures being reported. To compliment the turbot the brill are now showing in good numbers which has led to many a great day on the sandbanks. Plenty of red and tub gurnards too out on the clean, great eating if not great sport but having said that there have been some super sized specimens in among the smaller fish. The unusual species make an appearance now too with the water temperature approaching its peak. Youngster Sam Currie fishing with a shad had a cracking John Dory of 6lb 5oz when fishing barely 400 yards off the island. There have been a good run of triggerfish around the harbour and couches sea bream have been landed by pleasure anglers fishing from their moored boats. Bass are increasing in numbers, with some fantastic fishing experienced during the first set of spring tides in August. Catches of up to fifty fish provided excellent action with fish running to 7lb in these shoals. Better sized bass reported from the pluggers drifting around in the smaller boats closer to the rocks with fish to 11lb. On the rough ground the tope fishing has been excellent with fish to 50lb, together with huss and conger eel. Baited feathers have been producing black bream to 4lb and the colourful cuckoo wrasse which brightens up any dull day. There is a good chance of smoothounds and of course there are the usual other bits knocking away at the rod tip. Anchoring the banks on the smaller tides should produce some rod thumping blonde rays.

While the spotlight is on the boat fishing this month the shore sport can be excellent if approached right. Species worth targeting include garfish, pollack regularly reaching 4lb and mackerel from the Breakwater. The bass sport has been strange this season with some really good catches on the plugs with up to a dozen fish in a session and then the following night nothing. The next trip will see them ignoring the lures in favour of legered worm, all very strange but very welcome too. No big fish around at present with most of the fish between 2lb and 4lb. First of the sole have been showing and a very odd plaice turned up so fingers crossed for a revival of the red spots. One or two codling are being caught and there are other species available to those willing to put in the time and effort to hunt down rays, huss and conger eels.

Many of you are following the States activities regarding the consultation which is aimed at regulating our inshore fishery within the States purvey; out to three miles. Following several meetings the Islands government has produced the next stage of the consultation of which your contribution would be most welcome. The document will form the basis for the regulation of the Island’s waters. What sort of regulation / restrictions will be put in place will depend on information they collect from this consultation and debates among the affected parties. Exciting yet nervous times for those involved in the inshore fishery. If you want to see Alderneys waters protected then please do spend ten minutes to fill the form in, you never know it could affect your fishing in the future too.

How To Tie The Grinner Knot