The second Skegness Pier Angling Club (SPAC) match of 2020 was held yesterday, Saturday 25th January from 4:30 till 8:30pm at Chapel Point. There was another great turnout of 18, including the welcome contingent of top class Grimsby anglers, along with travellers from further afield and just a couple of locals. Conditions were ideal, with a nice lift on the sea and light south westerly wind.

Dave Burr kindly did the booking in for me and when I arrived an hour and a half into the match, the fish had been co-operating well, with everyone recording fish on their cards. Whiting once again predominated, with a lot of tiny pins coming ashore. But there were also some decent whiting amongst the small stuff, with previous England youth international Tom Marshall recording a 39cm (1lb 1oz) specimen early doors, which he followed up later with a 40cm (1lb 2oz) beauty. 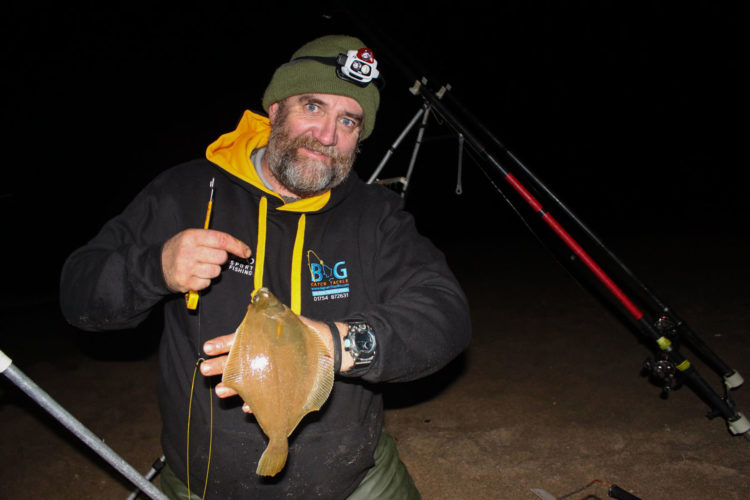 Fish were coming out all along the match stretch and although the longer casters were catching most of the bigger whiting, there were plenty of fish coming out at all ranges, which in a total length match evens the odds a bit for the shorter casters. There were some interesting battles going on both sides of the Point, with Grimsby stars Tony Burman, Tom Marshall, Karl Nangle and Adie Cooper all matching each other fish for fish to the north. To the south, Gordon Nelson and his son Ian were having their own ding dong battle, with Simon Drayton at the end also doing well, but struggling to catch the larger fish.

Although there was a quiet spell over slack water, the good fishing then continued right up to the end of the match and with so many fish about, the final result was in doubt until the very last cast. But with this sort of fishing, just small things can have a big influence, with Karl Nangle and Tom Marshall both losing their gear to the same snag, which is most unusual on the normally clean Chapel beach. Apart from the time lost in getting back fishing, both their lost rigs almost certainly had fish on too. 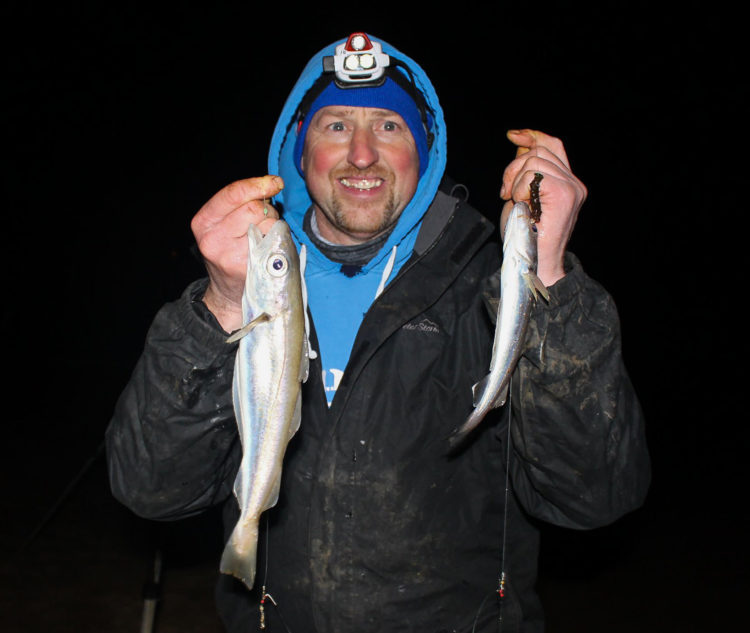 Coleman Cup winner Adie Cooper with yet another double shot

As it came to the last cast Adie Cooper was probably in about fifth place. But you can never write the “hound magnet” off and a triple shot of whiting including a 37cm cracker, was just enough to win him the Coleman Cup, with 24 fish for a total length of 630cm. Karl Nangle finished up just one fish behind Adie with 22 fish for 617cm, so the snagged lost gear, cost him dear! Local angler Rick Jarvis fished consistently well just to the left of the Point and caught the most fish, taking third place with 26 fish measuring 584cm.

Because of the good turnout, the cash pay-out went down to fourth place, with the likely recipient being Tom Marshall. But with six minutes of the match remaining, Ian Nelson suggested to his dad that rather than start packing up, he ought to have another cast. Gordon duly obliged and two minutes later a good bite resulted in a 44cm lesser spotted dogfish, which put him equal with Tom, both on 570cm. But again the unknown snag proved costly to Tom, with Gordon taking fourth place on fish countback, catching 25 fish to Tom’s 19. 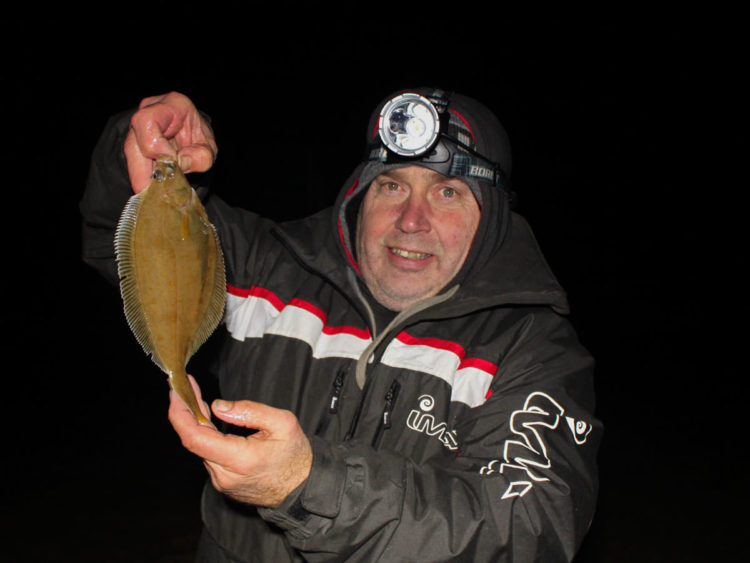 There were a few small flounders and some nice dabs caught. But after winning the longest flatfish prize in the last match with a 38cm beauty, Tony Holmes managed to find another decent flounder this time, winning again with a 35cm (1lb 2oz) specimen. Ian Nelson lost out to his dad in the match, but made up for it by winning the longest round fish prize with a 52cm (1lb 1oz) LSD. The match fished even better than last year’s equivalent, with 314 fish caught by the 18 anglers, consisting of 266 whiting, 30 dabs, 4 lesser spotted dogfish, 9 codlets, 4 flounders and a solitary rockling.

So another great match and long may the good fishing continue before we come back down to earth with a bump! The next SPAC match will be held on Saturday 8th February from 3:30 till 7:30pm at Winthorpe Avenue, PE25 1QY. The match is open to all and Club members will be fishing for the Healey Cup. Hard copies of the match rules will be available on the day for those who have not fished with us before. Please note that the car park at Winthorpe Ave is private and the front part is reserved for customers of The View. So please park at the rear of the car park adjacent to Kings Avenue. 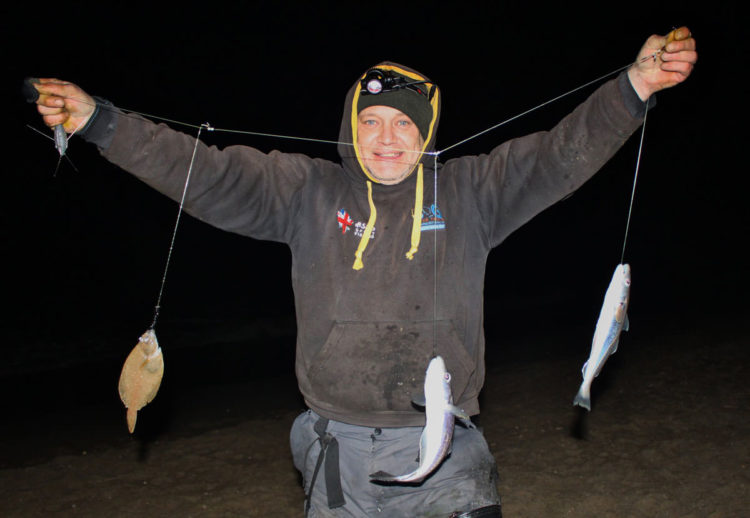