What a week it has been as the big winds arrived and swung around westerly. Loads of cod are being caught all along the coast at the moment. Low water has been the most productive with anglers having multiple hits. The average size is around 3lb with some going to around 5lb. This winter has certainly been the best I have known since I started all this nearly 12 years ago!

Hopefully, this will carry on over the next 4-6 weeks which will make the species change over very short as normal there is a really quiet spell as the winter species leave and we await the summer species.

It’s mad to think in less than three months we should be catching smooth hounds, so this is the time now if you are into your cod fishing. Pulley pennel rigs baited with yellow tails have proven to be the best approach.

Marc Thomas was out with a couple of mates and they managed 11 cod in a space of a couple of hours over low water. 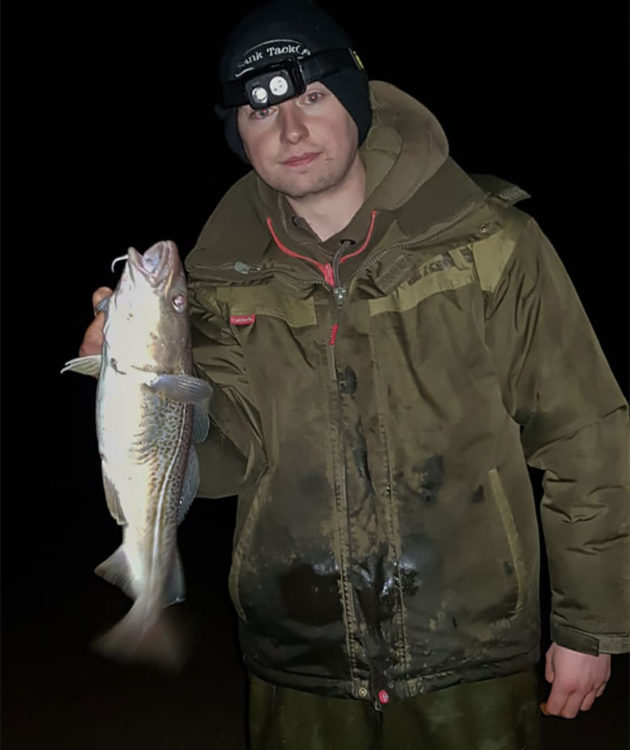 Marc Thomas with one of his cod

Last Sunday was the Championship final for Fleetwood and District Angling Club for the anglers who have qualified throughout the year.

The venue was Five-Bar Gate, and the weather was quite kind to the competitors. Not as wet and windy as forecast, a bit of colour in the water and the weed was not to bad.

Unfortunately the fishing has been rubbish this week due mostly to the calm break in the weather, sadly it did not improve much today. 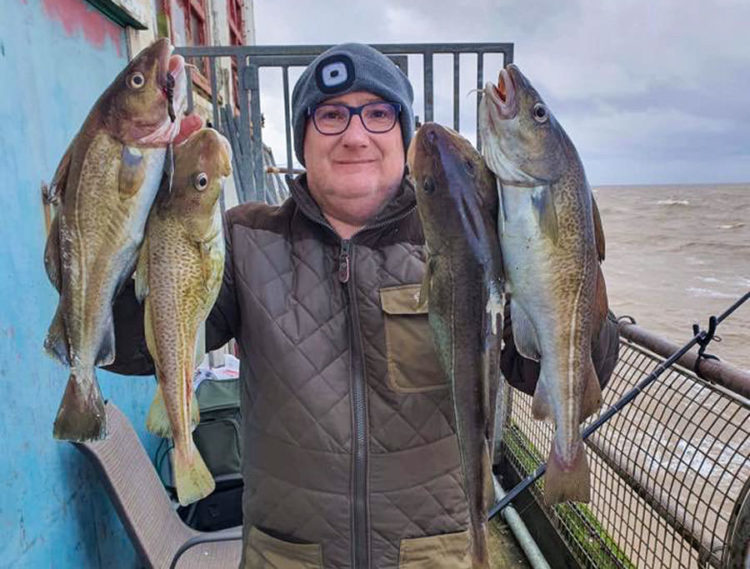 Of the 19 anglers most caught but a lot only had one fish.

Congratulations to our new club champion Fleetwood angler Dave Brown who had a dog and a whiting. Just to prove you do not have to be local, second and third spots were taken by Bolton duo Mark Taylor and Alan Smith both with a catch of whiting.