The latest Skegness Pier Angling Club (SPAC) open match was held on Saturday 1st June at Trunch Lane, from the beach in front of the Lakeside Leisure complex. I’m pleased to report one of the best turnouts of the year so far, with 18 anglers turning up to fish, including a number of top class Grimsby match anglers, along with our usual Corby, Croxton, Kettering and Horncastle experts!

Conditions were ideal for the hoped for species of hounds, dogs and possibly the odd ray, with bright sunshine, a gentle onshore breeze and a calm sea. However, the calm conditions didn’t appear conducive for bass or flatties, which tend to like a bit of lift in the sea to bring them on the feed. Soon everyone had paid match fees, loaded up gear and made their way onto the beach, to find favoured spots amongst the many pleasure anglers already fishing.

Top Grimsby match angler Garry Hutson was soon into his stride, using his prodigious casting skills to catch a succession of lesser spotted dogfish on three hook clipped rigs at peak distance. Garry soon had five dogs on his card, including a double shot and was obviously going to be the one to beat! Further south towards Vickers Point, Grimsby ace Mark Taylor (assisted by young son Rex) got off to the ideal start by catching a 83cm hound first cast, followed by four dogs and a dab. 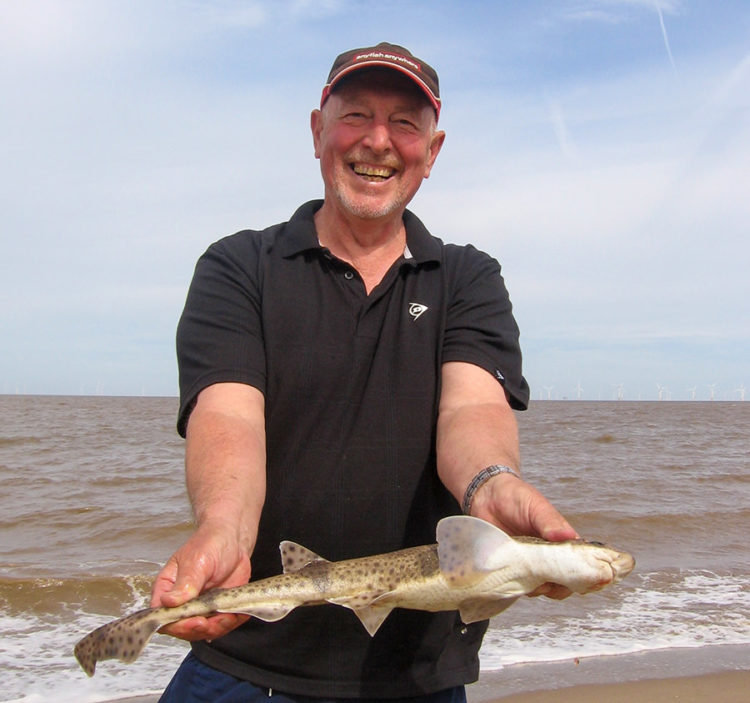 Match winner Garry Hutson with one of his five dogs

Long casting was certainly the key to catching the mini shark species, with Kev Bebbington, Adie Cooper, Dan Jackson and Tom Marshall all getting amongst the dogs and hounds, whilst the lesser casting mortals had to be content with the odd flatties or whiting at closer range. Unfortunately the fishing died off after high tide; although Garry showed his class by winkling out a couple of flatties at close range, to run out winner of the Dodsworth Cup, with nine fish measuring 373cm in total. To make a good day complete.

Garry’s favourite football team also won a cup of some description later, in some sort of overseas cup final!!

Just one fish behind Garry in second place came Mark Taylor, with eight fish for 358cm. Mark also took the longest round fish prize with his early doors 83cm smoothound. Ex-England youth international Tom Marshall ended up with four dogs, a small hound and a dab to take third place with 295cm. Fourth place was also paid out due to the good turnout, with Grimsby’s Dan Jackson taking the coin with six fish measuring 252cm. Corby’s Paul Marshall was the only angler to break the Grimsby domination, catching a specimen 37cm (1lb 4oz) flounder to win the prize for the longest flatfish. 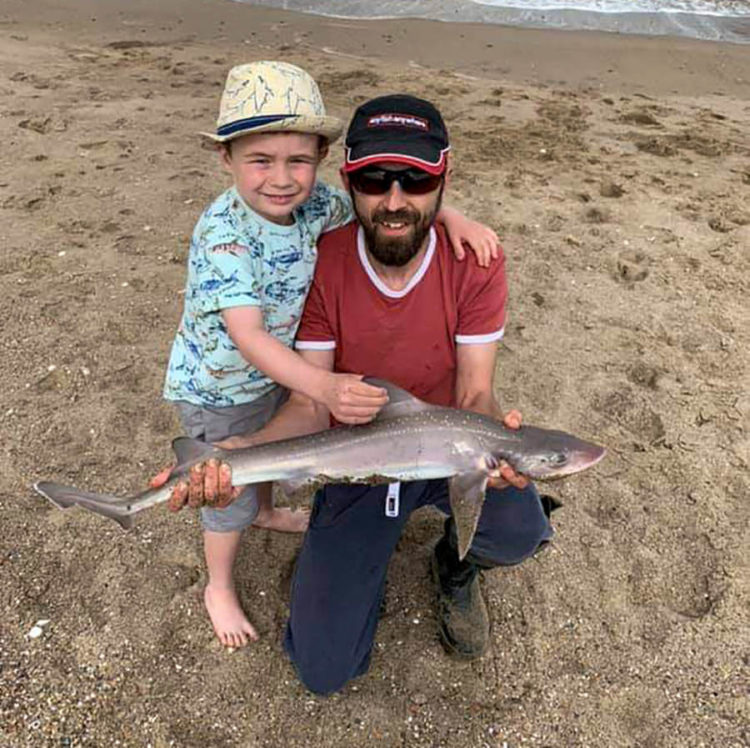 Second placed Mark Taylor and son Rex with the longest round fish. I’m sure that Rex will follow in his father’s footsteps and become a top class match angler in years to come

As anticipated, there were no bass caught and the flattie fishing was very poor throughout; although rising star Josh Collier managed to find five flounders and “angler not a dangler” Bob Foster also found a few at close range.

So in the end, the match was a fair test of angling skill, but it was those with the extra distance in their casting that fared the best. Altogether there were 67 fish caught, consisting of 23 flounders, eight dabs, seven whiting, 20 dogs, seven hounds and a couple of tiny tope, the vast majority of which were returned to the sea alive.

A big thank you goes to Lakeside Leisure and Big Catch Tackle for once again allowing SPAC the use of their facilities to work out the results and to carry out the prize presentation.

The next SPAC match will be the Roy Parker memorial, in memory of our sadly departed friend and SPAC stalwart. The match is open to all and will be fished on Saturday 15th June from 3:30 till 7:30 pm at Chapel Six Marsh. 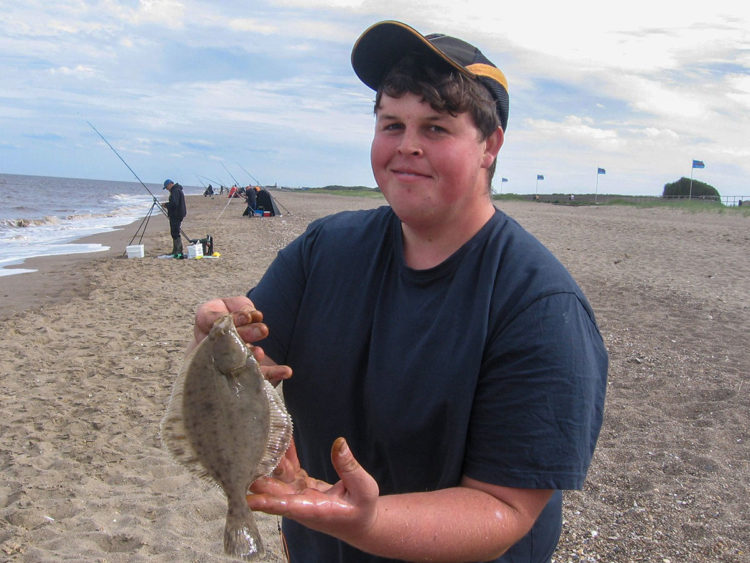 Sixth placed rising star Josh Collier, with one of his five flounders

Just a quick reminder that there is no setting up on the beach before a match until entry fees have been paid to the match organiser. Also, every angler must be in possession of a large bucket or similar container, to retain fish in before registering and returning. Please pass on to those not on Facebook and please contact SPAC Secretary Chas Tibble on 07984 967988 or chastibble@hotmail.com for further details.