What was immediately noticeable for those who have fished this venue before was the sand build up which is almost to the top of the promenade. This venue was the scene of last weeks hound fest with loads of fish coming out throughout the day, but with the May weed and red weed in the water expectations were not high, but as always spirits and banter was.

From the 15 anglers who fished only six anglers managed to find sizeable fish.

A tough night for many lets hope the weed thins out for next weeks match at Mundesley. 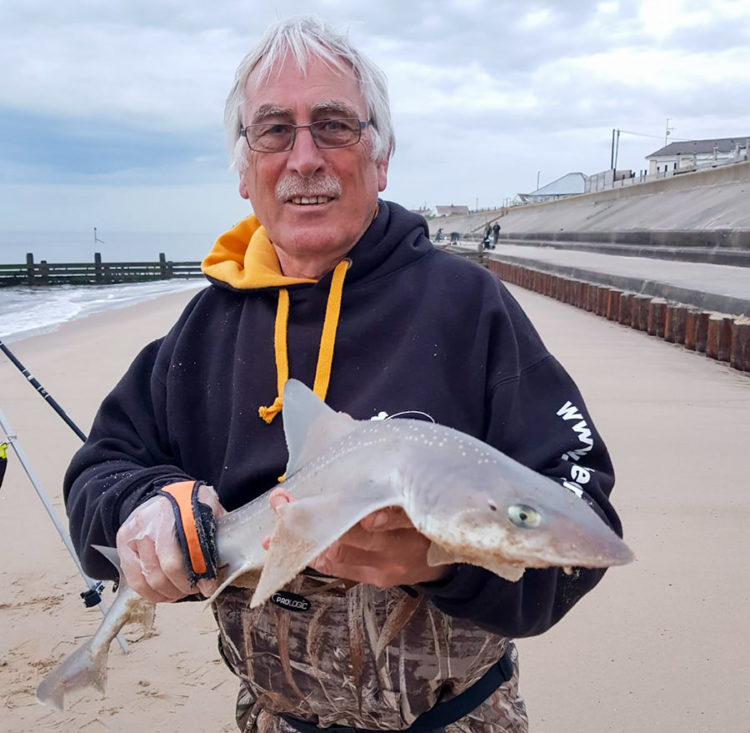 John Catchpole with his smoothhound