Having cancelled last week’s match due to bad weather, a group had early experience of a bit of a whiting fest when the hardy few pleasure fished the South Beach. So, anticipation was high with an expectation of a whiting bonanza on the North Beach.

Cain had offered to peg, so who are we disagree as he gave his personal guarantee of a good night’s fishing if we fished opposite the Imperial Hotel. Fishing in their back yard we were joined by Bev Self, and Michael and Jack Topping, planning to show their local knowledge, but fishing to size rules of the Norfolk Angling Club.

Rumour has it they were also Pond Pete followers. Additionally, we were joined by Peter Kerr, looking forward to seeing you all on other matches, welcome aboard.

A note to readers who follow the Club for mark information, be careful with car parking as the site opposite the Imperial closes at 9:00pm and roadside parking still has to be paid up to 6:00pm. Traffic wardens also very keen. So having sorted out parking and sub payments, pegs were drawn and a 6:45pm kick off agreed. It was off to see how many carded whiting we could pick up. Cain had pegged from right to left with Peg 1 opposite entry to Imperial Car Park, and 18 heading towards the Pier. 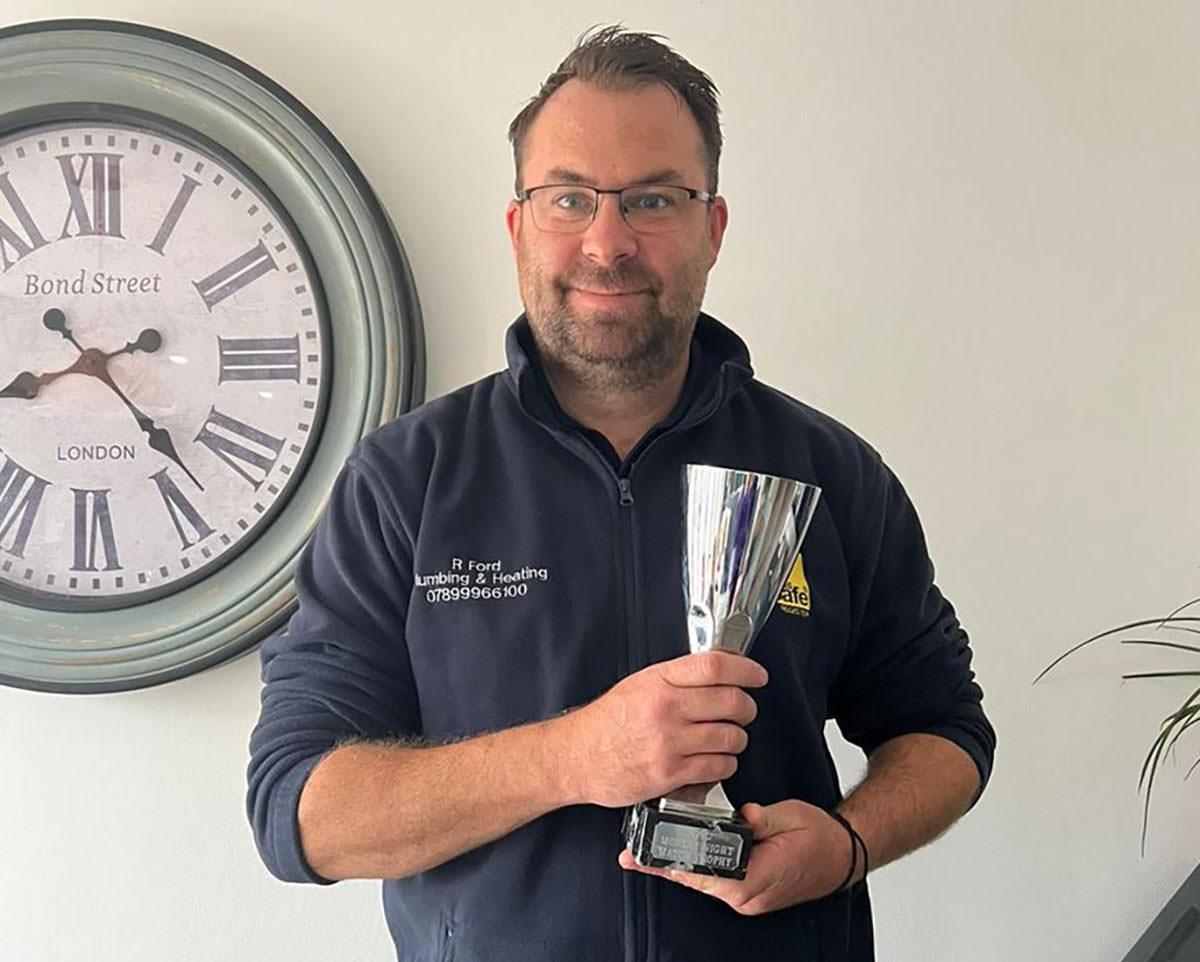 The signs were good straight from the off with traces of whiting being caught up and down the beach, but the challenge was to find the ones over 27cm so they could be carded. In total 177 whiting were recorded out of 183 fish, the biggest whiting landed at 36cm was picked up by Katie, Neil and Stephen. The rest of us made do with 27cm plus.

Of the remaining six fish Simon picked up biggest flatfish with a 26cm dab, and Eamon picked up a 41cm dogfish. But top podium position on the night went to Rob Ford whose last fish of the night, a 32cm whiting, pipped Simon Bottomley by eight match points. Well done Rob – picture says it all, proud owner for one week only of the Monday night cup! 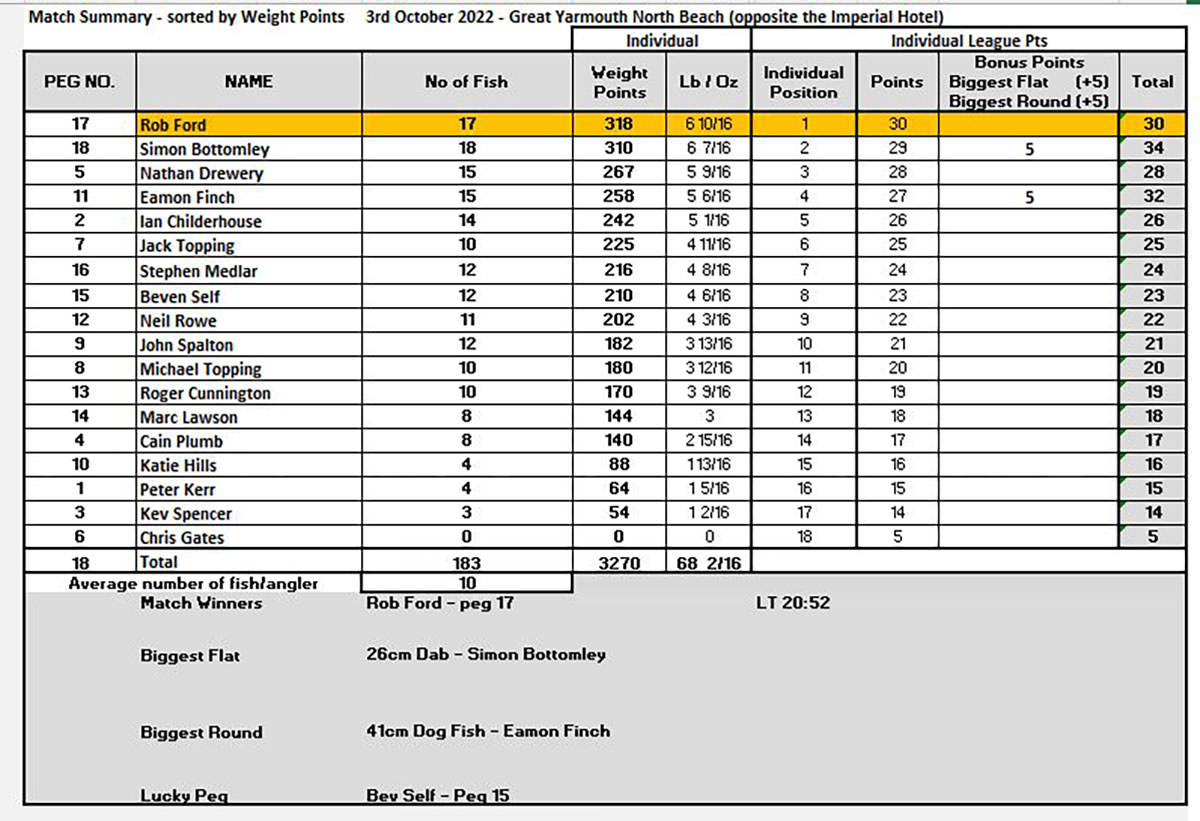 Average number of fish carded was nearly nine per angler, a lot better than previous match nights. Hopefully this will continue through the winter. So next weeks match at Kelling bodes well. Cain was right, a good nights match.