The latest Skegness Pier Angling Club (SPAC) match was held yesterday evening from 4:30 till 8:30pm at Chapel Point. Unfortunately the entry was much reduced due to matches being held elsewhere, but the ten anglers that did turn up enjoyed some great fishing. Conditions didn’t look too good at the start, with a fresh easterly blowing straight into anglers faces, but the sea was quite reasonable and although the match was fished on a 6.9m tide, everyone was managing to hold bottom.

Rods were nodding from the off, with whiting and dabs coming ashore all along the match stretch. Dylan Morgan was fishing just to the left of the Point and soon carded a 26cm whiting, then SPAC first timer Mark Lawson pulled in a double shot of similar sized whiting from next door to Dylan. Another first timer, Keith Collins, brought his coarse fishing skills to the shoreline and was soon matching his more experienced brother Gary, fish for fish. 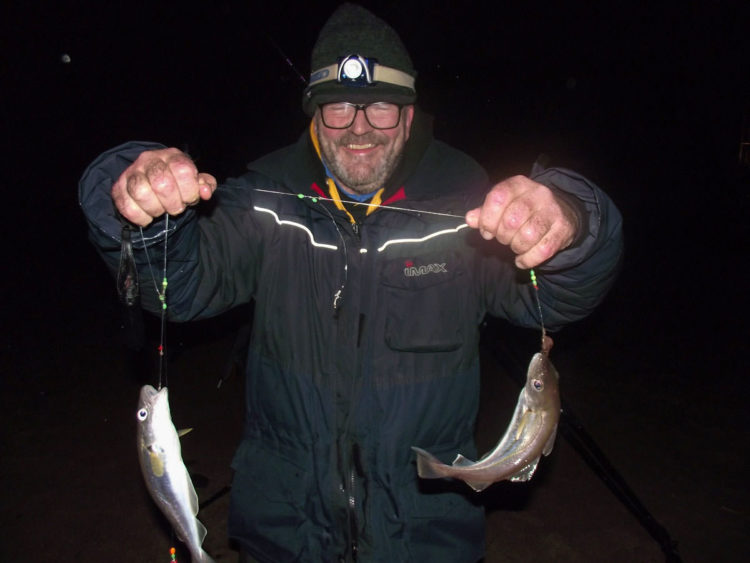 Alan Steadman and Adie Cooper soon had four fish apiece on their cards and on past form, the sensible money would have been on the winner to have come from one of those two. But young Dylan was having none of it, putting in a great performance that belied his tender years. He fished hard throughout the match, running out as easy winner with a mixed bag of 28 fish, measuring 745cm in total. Dylan also took the longest round fish prize with a superb 43cm (1lb 5oz) whiting. Grimsby ace Adie had to concede to Dylan on this occasion, but still finished strongly to take second place, with 21 fish for 608cm. He also took the longest flatfish prize with a flounder that hit the measure at 32cm. SPAC President Alan Steadman had a good battle with Adie, but in the end had to settle for third place, catching 22 fish for 592cm. 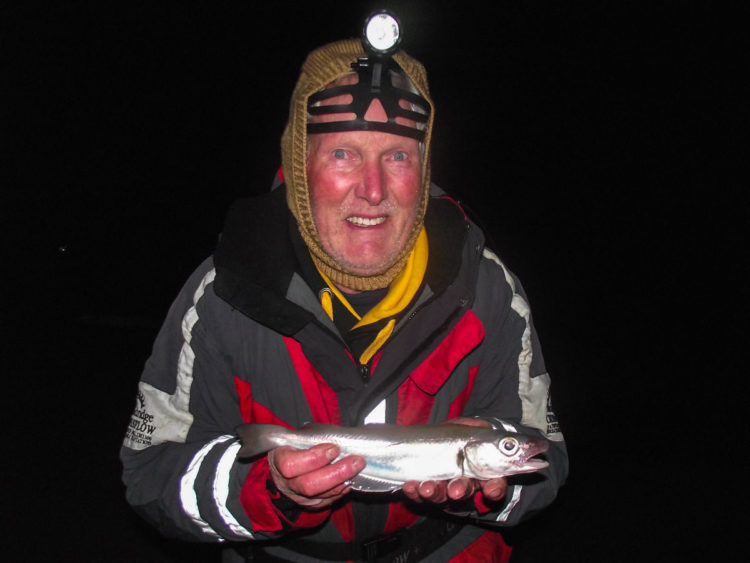 Well done to Mark Lawson for taking fourth place in his first ever SPAC match and also to Keith Collins in fifth place, for earning the bragging rights over his uncle Steve and brother Gary!

The next SPAC match will be the annual Xmas Fayre match on Saturday 8th December from 4:30 till 8:30pm at Jacksons Corner. Match HQ will be the Lookout Pub, PE25 1JB, by kind permission of my RNLI colleague Tony Kelly. SPAC members will be fishing for the Carlsberg Trophy, but the match is open to all to come along and fish. There will be a free buffet in the Lookout after the match, along with a raffle and as usual, SPAC will be putting up extra cash prizes for the top three places.

A quick reminder on one very important SPAC Match Rule. Every angler must have a large bucket filled with seawater to drop their catch into before casting out again. The bucket should then be carried to the angler next door, so the fish can be measured and recorded before return. If you wish to retain fish for the table, please ensure they are despatched cleanly and the tails cut off after measuring.