I really can’t believe it is now the run in to Christmas, and in the sea angling calendar it can be a very good few weeks of fishing to come before the sprats and herrings arrive in force.

Codling are still very scarce, but with a bit of thought, codling love a rough sea and just after when the wind has died. It is a case of timing to maximise your chance of catching one of these elusive fish.

Local angler Daniel Tulip did just that, he headed for Walton Pier after a blow and managed to capture a plump codling from the stem of the pier on the ebb tide. He also landed plenty of whiting. 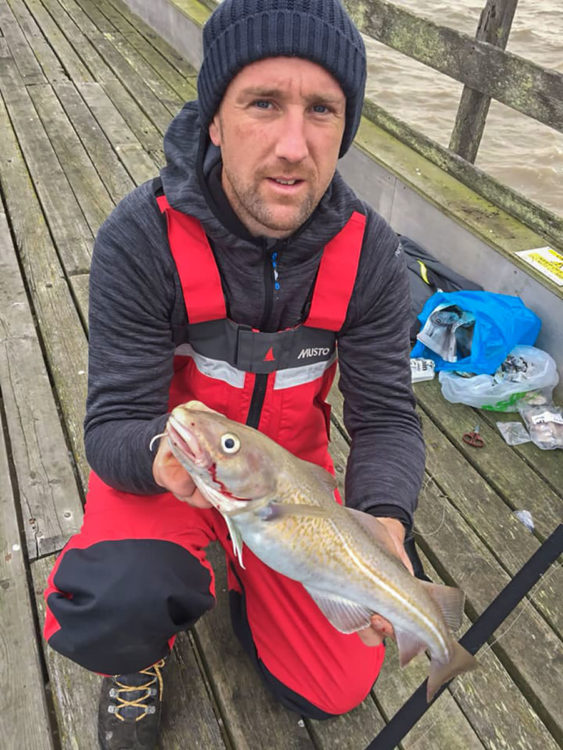 The Walton Pier Club also fished their weekend match on the pier as 19 anglers turned up to fish the Secret Pairs Match. Competitors don’t know who their partner is till after the match has ended which always makes for an interesting match.

The predominant fish caught were whiting, but dogfish, dabs and rockling were also caught. First place went to Colin Harris and Joe Marvell with an aggregate weight of 13.5lbs. Runners-up Dan Winter and Peter Harris weighed in 12.7lbs and third placed Alfie Marvell (junior) and Chris Oxley had 10lb 5lbs.

A total of 273 sizeable fish were weighed in and Peter Harris won the heaviest fish prize with a 1lb 2oz dogfish.

Walton Pier in general has had a very good week with dabs showing well from the head of the pier. A double figure thornback was also caught, estimated at around the 14lb mark and of course whiting by the bucket full!

The Frinton beaches continue to produce whiting along with the odd flounder, still a chance of bass from this shallow venue.

It seems to have been quiet this week from the Holland beaches as the whiting have moved to this venue in force and it really is a struggle to get through the vast shoals to find a different species.

Clacton Pier is still producing rays along with whiting and dogfish after dark.

St Osyth beach continues to be a bite a cast for whiting, Joe Dubiard and his father fished here and caught over 30 whiting between them on a day time tide.

Colchester Sea Angling Club headed for Kessingland on the Suffolk beaches for their latest league match. They were greeted with a chilly easterly wind and overcast skies. All the anglers caught fish, mostly whiting and dabs, but there were the odd flounder and bass amongst them. 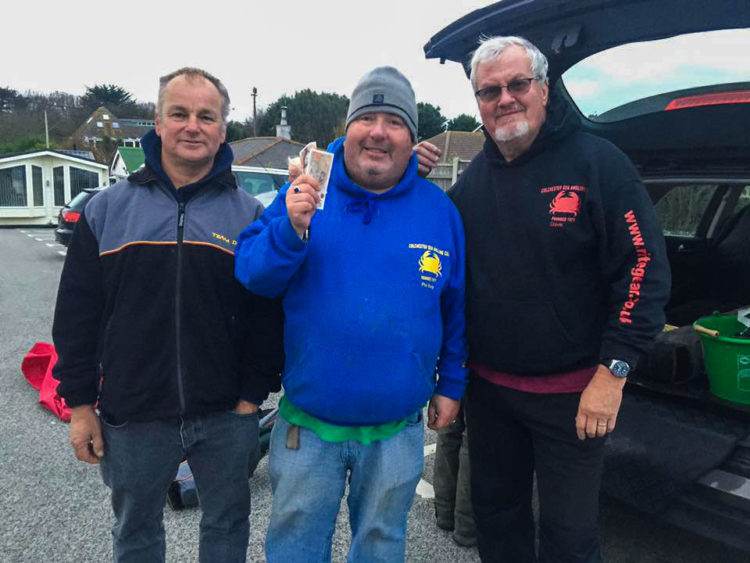 Top rod on the day was the beach secretary Phil Buy weighing in a very impressive 8lb 9oz. which also included a bass of 1lb 4oz for the heaviest fish prize. Second place went to Stephen Yallop 6lb 5oz and with Dave Clark in third on 4lb 14oz.

The boats have had a fairly quiet week, but still thornback ray and whiting. Dogfish are also still feeding well, although they will move out to deeper waters over the next few weeks.