Dabs About At North Shore Road

The latest Skegness Pier Angling Club (SPAC) match was held earlier today from 1 till 5pm at North Shore Road. There was an open match being held at Hornsea and another from Norfolk beaches, so a reduced turnout was anticipated for our match. But I’m pleased to report that 13 anglers turned up to fish, with the usual good representation from the Grimsby area, along with a couple from Milton Keynes, one long distance traveller from Salisbury and the remainder being local anglers.

Conditions were ideal for this coast, with the wind coming from directly behind the anglers to help with casting, a nice rolling swell and bright sunshine. Although March is normally a quiet time of year from local beaches, recent match results have been very encouraging and it was hoped that the lesser spotted dogfish would still be hanging about, along with the ever reliable dabs. 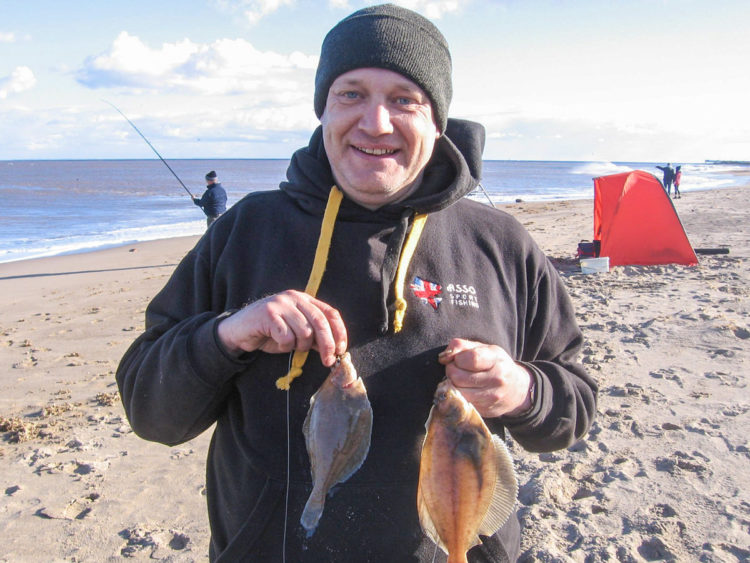 Similar to the last match, fish were biting from the off, with Jason Broughton catching a small dab first cast. Grimsby ace Ian Nelson was also quickly out of the blocks and it wasn’t long before he pulled in a triple shot of two dabs and a 61cm dogfish. Further along the beach, Tom Marshall was using his prodigious casting skills to good effect, catching double shots of dabs at peak distance. Fishing next door to Tom, his uncle Tony Burman was also off to a flying start, with a 60cm doggie being his first fish, closely followed by a 25cm dab.

Distance seemed to be the key before high tide, with some of the shorter casters struggling to catch; but it all changed after the tide, as the flatties started to feed closer in and the catch rate of the longer casters slowed. Gordon Nelson then broke his duck with a double shot of dabs, Gordon Hewitt was doing well with a succession of small dabs just north of the beach access and Russ Taylor also started to card a few fish. Eventually, everyone fishing had at least one fish to avoid the dreaded blank, with Adie Cooper and Paul Denholm also managing to find a doggie each. 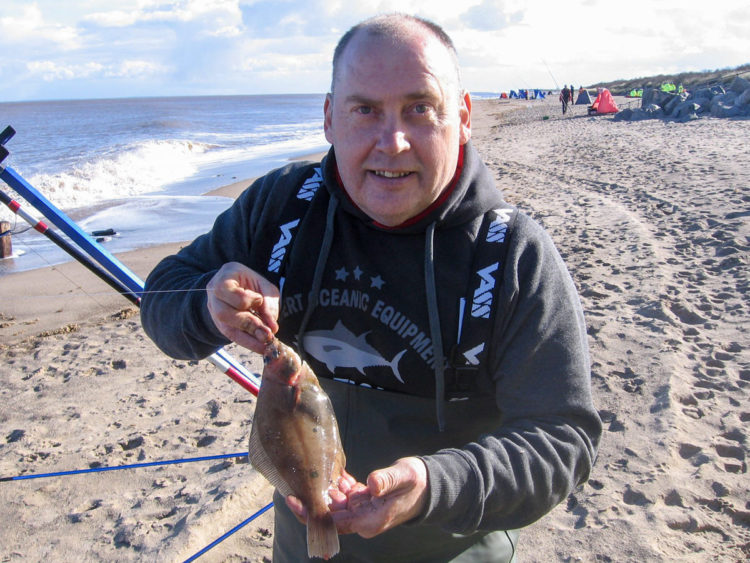 Second placed Gordon Hewitt with one of his 12 dabs

But it was that man Ian Nelson who came out on top again, catching steadily throughout the match to end up way out in front, winning the Stan Marvin Cup with 14 fish for an excellent 370cm total length. Ian also won the longest round fish prize with his 61cm dogfish and had a third share of the longest flatfish prize, with a 28cm flounder. After his thornback ray exploits of the last match, Gordon Hewitt showed he is now a force to be reckoned with, taking second place with 12 dabs for 285cm. Hound magnet Adie Cooper stayed at distance for most of the match and came third with nine fish measuring 264cm. Adie also had a third share of the longest flatfish prize along with Paul Denholm, both of them carding 28cm dabs to share the coin with Ian. 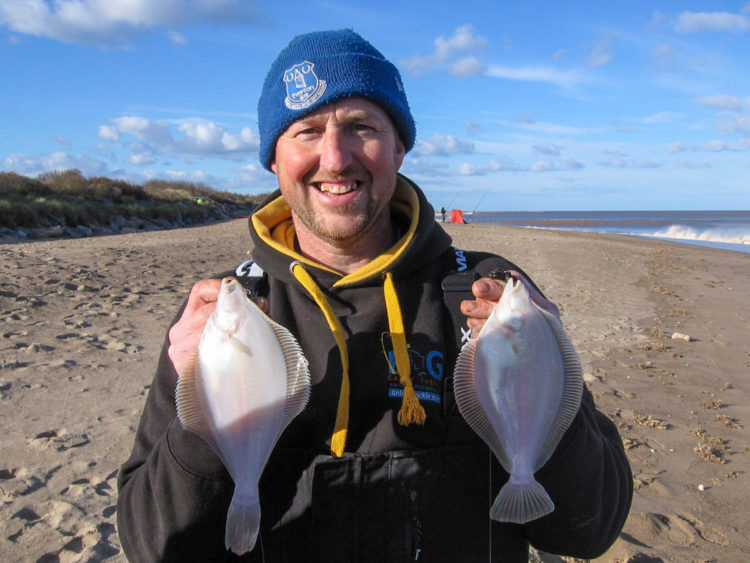 So it was yet another good SPAC match, fished in a friendly, sociable atmosphere, with enough fish coming ashore to keep everyone on their toes. In total there were 77 fish caught, consisting of 67 dabs, four whiting, four lesser spotted dogfish and a couple of flounders, the vast majority of which were returned to the sea alive. 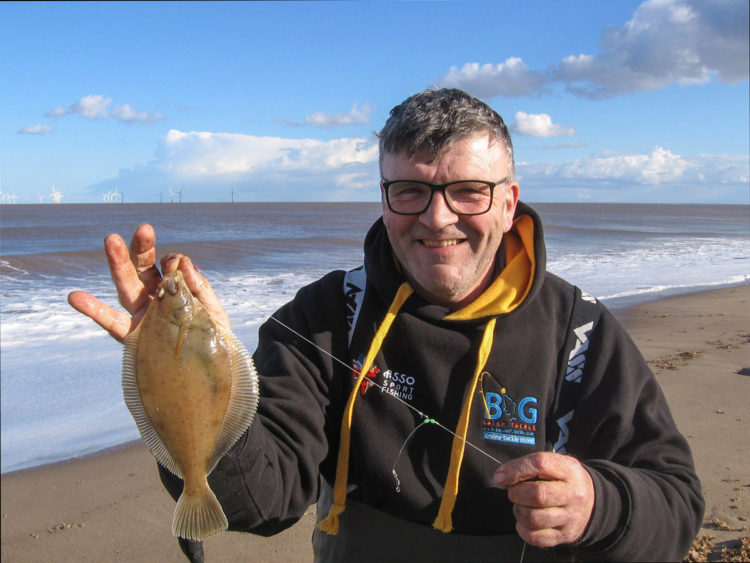 The next SPAC match will be held on Sunday 31st Mar from 2 till 6pm at Winthorpe Avenue, with SPAC members competing for the Derby Miners Cup, but the match is open to all to fish. Please note that the car park is private, with the front spaces reserved for The View customers; so it would be appreciated if everyone could park at the rear of the car park, adjacent to Kings Avenue. Please pass on details to those not on FB and contact me for further information.

Flatfish to the Fore On Fylde Coast