The March winds have been blowing for a couple of weeks now and it really has been making things very difficult for anglers. Buffeting winds are now thankfully subsiding, but we really have suffered.

The good thing is that we are seeing some very small first year bred codling appearing, this hasn’t happened for a few years. It is a sign that somewhere in the North Sea cod have been breeding. We used to see this happen every year in Spring but sadly it has been a few years since the last spawn.

What this could mean is that we could actually see some sizeable codling caught this Autumn, that is still a long way off but it is a great possibility. So back to this week’s column!

The boats have only managed to put to sea for the odd day, with Sunday being the calmest and once again thornback rays were the main catch. The Mersea charter boat Enterprise skippered by Chris Mole headed for the Blackwater Estuary with a party of anglers, and they landed over 25 thornback rays to 14lbs.

Clacton Pier is the top venue this week with plenty of thornback rays to be caught. Local angler Gary Coward landed rays to 11lb 5oz and most anglers have been catching rays too. 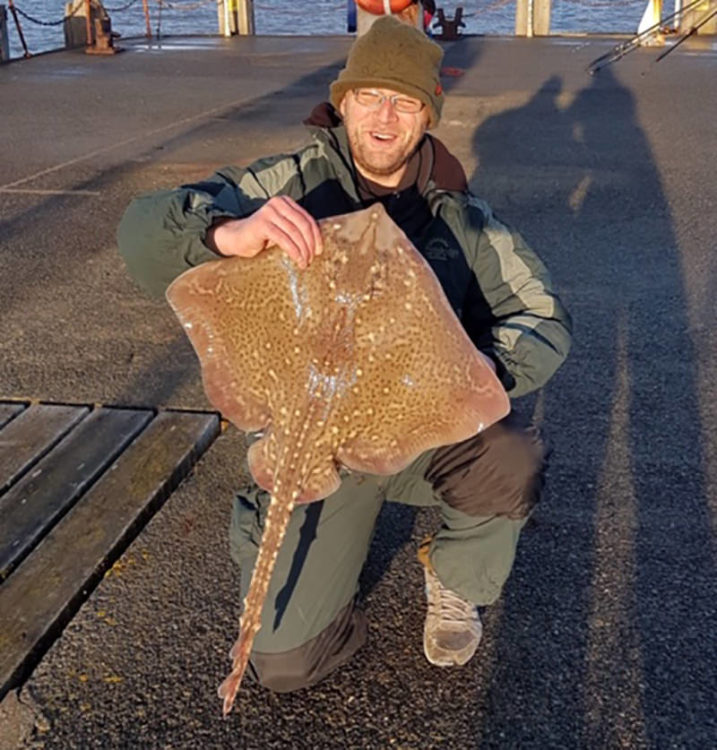 Dogfish are also showing here with the best catches after dark.

The Clacton Sea Anglers Evening League fished the Holland beaches on a stormy night. Luckily the wind was blowing off of the land which made for reasonably comfortable fishing.

Thornback rays were the main catch along with dogfish and whiting. First place went to Lawrence Chisnall with 313 points, Gary Poole was a close second on 310 points and third placed Mick Frost had 201 points.

The heaviest round fish prize went to Gary Poole for his 66cm dogfish.

The Holland beaches in general have picked up this week with rays being caught from most of the beaches. 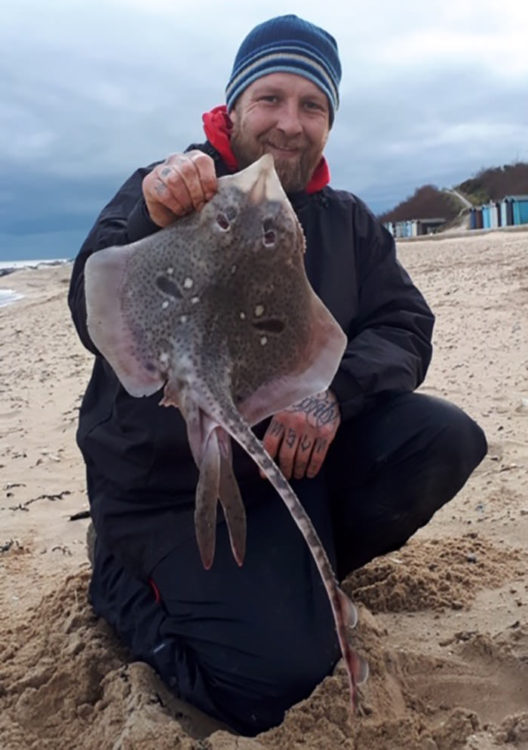 The Frinton beaches are still fishing on the slow side, but these shallow beaches should also pick up in the next week or two with rays and the first of the bass.

Walton Pier is also seeing more rays being caught along with whiting, dogfish and dabs.

Colchester Sea Angling Club travelled up to Suffolk to fish the Dunwich beaches. 15 anglers fished in strong winds with the odd shower. However, all anglers caught fish with some good fish being recorded. Bass, dogfish, whiting, flounder and dabs were caught.

Top rod on the day was Steve Yallop 7lbs of fish which included bass and dogfish Second placed Mark Sessions had a bag of whiting, dabs and a flounder for 6lb 7oz with Nik Highfield third with 5lb 4oz.

The heaviest round fish prize went to Nik Highfield with a 1lb 15oz dogfish, the heaviest flatfish prize was a cracking 1lb 6oz flounder for Phil Buy.

Dabs About At North Shore Road