The recent blasts of gales have kept the majority of sea anglers off the Lancashire shoreline this past week with only a brave or fortunate few venturing out.

Nathan Pickering headed to Bispham Angling for bait with his uncle before a session at Low. There was a bit of chop and the wind made it difficult to fish but they enjoyed a good low water outing session with loads and loads of codling. A couple were in size and they couldn’t keep a decent bait out long enough. After a feed the duo switch venues due to the weather and fished over high at the Steps.

Nathan realised that it would be hard to land fish which this came apparent later on when he lost a decent fish on the step risers. They enjoyed the fishing as numerous fish were landed including bass to 2lb. A switch from Nathan’s normal big baits proved productive with the sometimes finicky feeders. Yellowtails took most of the fish. 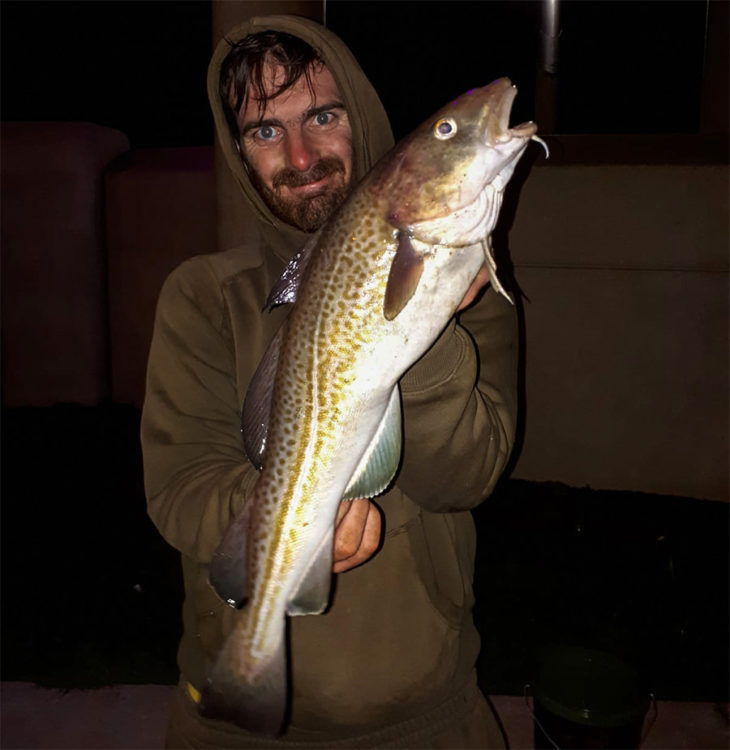 Nathan Pickering with a codling

The winds stirred up the cod for Dave Brown as he fished four hours over low water. Jordan’s yellowtails were again effective as Dave beached 11 cod, three of which made the size limit.

There was a nice surprise of a bass at high tide at the Sea Cadets for Stephen Roe. The bass fell to fresh yellowtails. 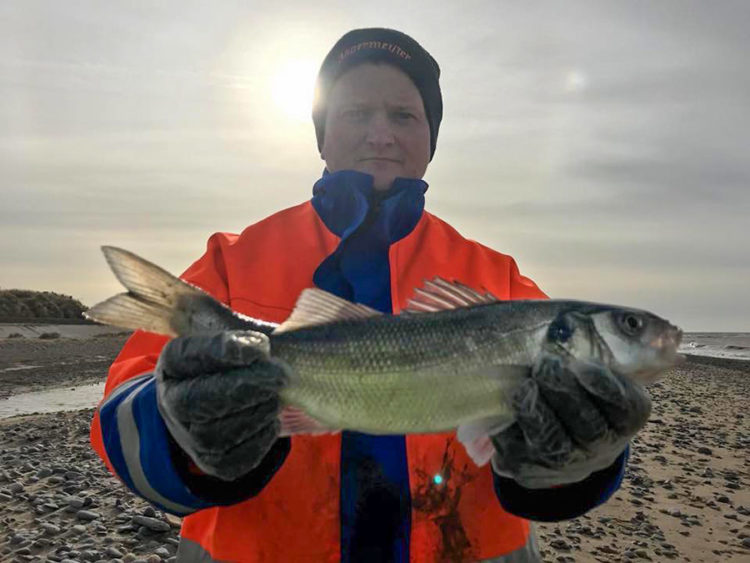 Stephen Roe with a surprise bass