Easterly winds this week have made for a more seasonal time for anglers with temperatures dropping to 5oC, plus a calm spell midweek has proved beneficial to both shore and boat angler.

The boats have had a very reasonable week with a few codling starting to show, so let’s hope this will continue as we enter March. Clacton Boat Club members launched during the calm spell and reported that rays and some codling were feeding. John Cook fishing from the boat Dippa caught the biggest thornback ray of the week weighing in at 13lb 8oz. Dave Hollands and Rocky Rochelle told me that there are now a few codling to be caught, they landed a couple in the 4lb range, plus a few rays as well. 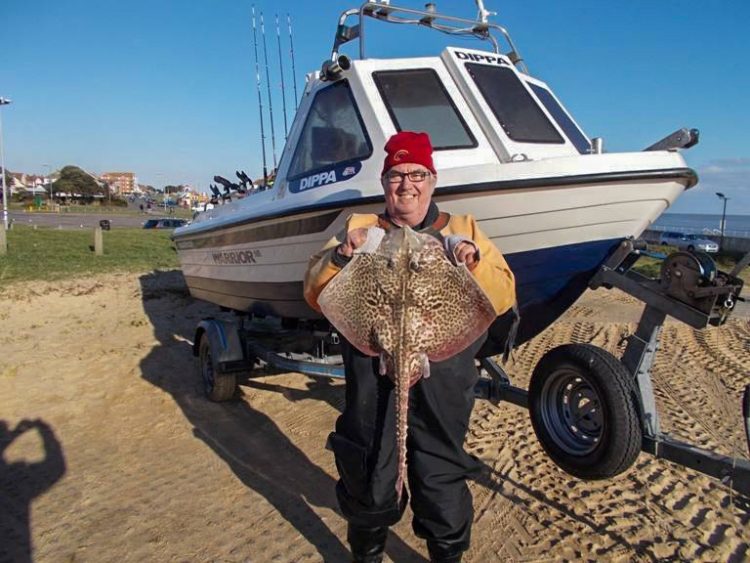 I know that I keep on harping on about those herring and sprat shoals that seem to have been here for months, and they are still with us, but I can assure you that in another couple of weeks they will start to diminish and the fishing will suddenly take an upward turn.

Walton Sea Angling Club headed for the Clacton beaches for their evening match, conditions were cold but with light winds made for a comfortable night. The fishing was on the slow side for most anglers, but whiting, dabs and flounders were caught, plus two very small thornback ray.

Walton Pier has had a better week, nothing very big, but lots of smaller fish to be caught. The top of the pier has seen dabs, whiting, dogfish and the odd small bass. So plenty of bites to keep anglers occupied. The Walton beaches have had a very quiet week, and with only a few anglers fishing, reports have been patchy. But whiting and dabs will be the mainstay here. The Frinton beaches have seen a few small bass and dogfish being caught.

Clacton Pier has also had a better week with a few spring codling starting to show. Local angler Peter Rose told me that codling were about the local venue; he landed two codling plus lost a bigger fish at the side of the pier. Other anglers reported small bass, dabs and whiting. Those thornback rays have yet to arrive here.

My fishing trip this week was back to St Osyth beach. Those of you who are following my fishing escapades on Facebook will know that I have had a quest to catch at least one thornback ray every month from beach or pier since March 2015 to February 2016, I managed to catch 7 rays in December and January but February had eluded me. The last week of February saw me back on St Osyth beach for my final chance of breaking this record.

Well I can tell you, the last cast of the session saw me land my February ray from the shore. A nicely marked ray caught on squid bait, which was quickly photographed and returned. Target attained, but only just.

The tides for the weekend are Saturday 8.22am and Sunday 9.29am