Bryn Bimpson registered the first cod of this year for the Fylde Boat Angling Club annual the largest cod competition. The cod weighed in at 3¼lb it’s a nice fish but bound to be bettered. This competition is open to members of the club and details are available from the Facebook page on how to join and the prizes available. 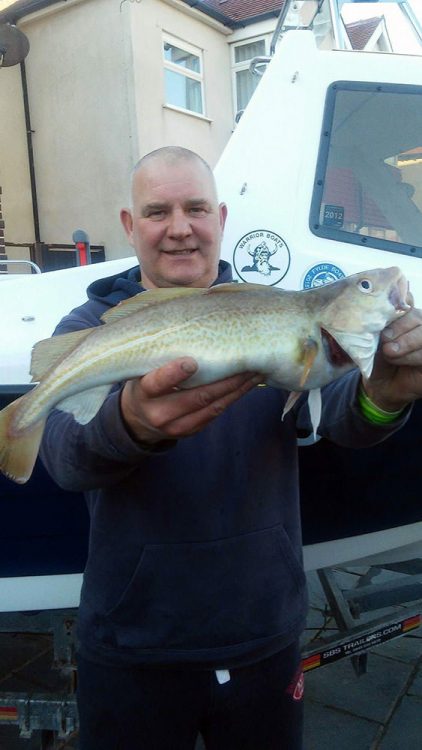 The Fylde club also have a shore section and anyone wishing to join up to attend their comps or have a cheap pint in the club can pop in by on a Tuesday after 7pm to sing up or contact Bryn on Facebook.

Neil Kenyon launched from Knot End slipway on Thursday and fished three hours of the flood in the boat off Cleveleys. Neil fished with black worm baited on a pennel rig and found plenty of small codling together with a nice thornback ray.

Lancashire Sea Fishing Facebook group member Steven Prior fished on Wednesday on the Gynn wall and he reports that it was a chilly start but improve through the session as he picked up three whiting, two dabs and a rockling. There was still a little grass about up to the top of the flood. He fished some casts with a pennel rig and alternated with a two hook clipped down rig baited with fresh blackworm.

Another Facebook member Rick Pennington fished on Wednesday with John Carden, Reece Medcalf and Richard Gross. Nothing much to report unfortunately bar the usual suspects, small cod and whiting jumping on the big baits intended for their betters. Rick reports that it was nice to fish in calmer conditions with very little weed for a change though. He thinks that might be his last session at Rossall this season looking for the big cod. 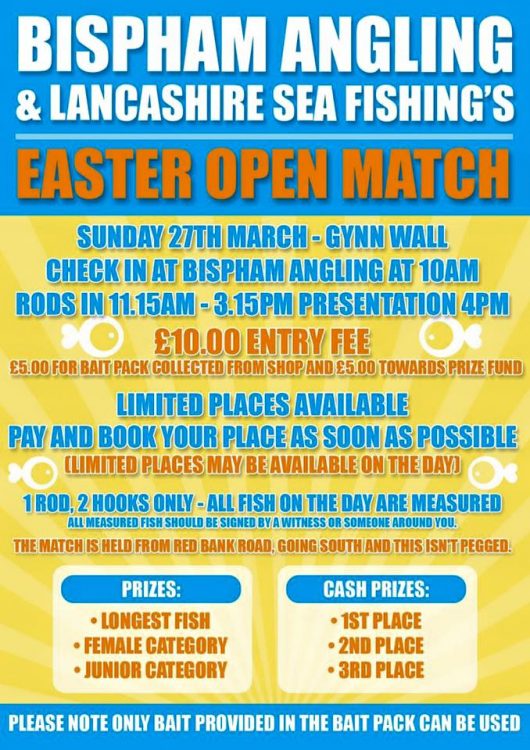